At the Web Summit in Portugal this week, DraftKings CEO Jason Robins discussed the NFL season, the Daily Fantasy Sports (DFS) operators’ acquisition of EuroLeague basketball streaming rights, plus he mentioned one other gigantic opportunity that would swallow everything else whole.

According to Bloomberg’s Eben Novy-Williams (as well as Edward Ludlow and Jackie Simmons): “Robins says his company would consider its options, including becoming a sportsbook, if the U.S. were to legalize sports betting.”

That’s a big deal, and likely it was Robins’ calculated intent to publicly float the idea at a time when numerous states are preparing for the possibility that they can offer legal, regulated sports betting, pending the outcome of New Jersey’s case in the United States Supreme Court (Christie v NCAA), which is coming to a head.

Robins could have just said, “We’re focusing on our core business and excited about the EuroLeague streaming deal.” He didn’t. So how exactly would the DFS giant become a sportsbook, what would that mean for the company, and what else might Robins be positioning to accomplish?

DFS Giant DraftKings Entertaining Idea of Becoming a Sportsbook If Sports Betting Legalized in U.S.: What’s Up With That?

Here’s the note from Novy-Williams:

First things first, Robins is a really smart guy, and has continued looking forward and raised capital while competitor-turned-possible-merger-partner-turned-competitor, FanDuel, has stagnated a bit. DraftKings has raised roughly $800 million to date (another $100M in March) from various investors, but has yet to achieve profitability. So certainly he sees the changing landscape in the U.S., the opportunity to get into the sportsbook game and make the company profitable, which he said expects to occur by the end of 2019.

But how does a daily fantasy platform flip a switch and become a sportsbook?

Couldn’t an entity with a meaningful gambling audience, such as ESPN or Yahoo!, roll out a sportsbook just as Yahoo! did with its own lagging DFS offering? For all their legal efforts, DraftKings at this point doesn’t have any special rights that would give it the ability to become a sportsbook. The company would be subjected to the political winds and legal, regulatory, and licensure hurdles that already-existing brick-and-mortar casinos and racetracks will face.

And it’s those already-existing establishments that will likely get first dibs at (1) operating sportsbooks in states that decide to legalize them; and (2) incorporating online or mobile-based sportsbooks that Nevada books are cashing in on. Nevada just broke a record with a $558 million handle in the month of September. Much of that is thanks to mobile gaming.

Consider Pennsylvania. Legislators in the Keystone state just passed a robust gaming bill that would allow slot machine licensees to obtain sports wagering certificates (never mind the ludicrous fees and tax). That’s designed to benefit the existing state casinos and help grow their business, tourism, and boost other casino amenities. It seems unlikely that any state will want to let a digital outsider swoop in and scoop customers without providing much benefit to the state, beyond a fraction of the betting handle. 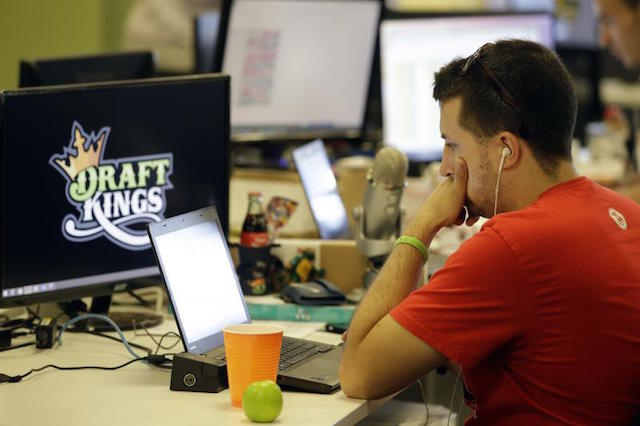 Of course, that doesn’t mean DraftKings isn’t uniquely positioned to take advantage of a United States in which PASPA (the Professional and Amateur Sports Betting Act) doesn’t exist. DraftKings has an enormous database of gamblers and likely sportsbook depositors. While DraftKings has done a remarkable job convincing states that daily fantasy is not gambling, rest assured that much of their player base would drop DFS on a dime if they could instead just bet on the outcome of the game. That’s advantage one through seven. Then there’s their huge brand recognition, the product of much investment, and then you have their technology and existing reach. Which leads us to the next question.

What Other Option(s) Is DraftKings Considering?

Perhaps it’s acquisition. DraftKings has spent much of its existence fighting lawmakers and regulators in every state for the right to do business. It’s gone more successfully in some states than others, but it’s been very costly. With no salary cap restraints whatsoever, DraftKings drafted a powerhouse legal team including the famed David Boies.

If New Jersey succeeds in the high court and states including Pennsylvania, Maryland, Michigan, California are ready and free to play ball, Robins may have the opportunity to exit via acquisition.

There’s obviously a market for DFS, but it’s become Pros versus Joes and the Joes get swallowed. What happens when there’s no more Joes? In sports betting, the house always wins in the long run, but there’s many more Joes and they win much more often.

Consider what’s already occurred in the market: Ireland-based sportsbook giant Paddy Power Betfair paid $48 million for DRAFT, which is competing in the DFS terrain with a snake-draft-based model as opposed to the salary cap game. If you’re here, no doubt you’ve come across an advertisement. It’s a differentiated product and Paddy Power’s CEO prepared to take a $20 million hit for “substantial marketing investment” to ramp up the company’s profile, the Telegraph reported in May.

The point is: it appears Paddy Power is looking as much to establish a foothold and database in a possible U.S. sports betting market as it is looking to siphon deposits from DraftKings and FanDuel. 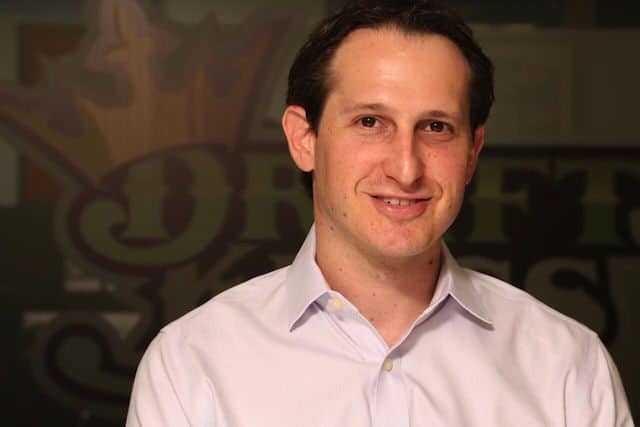 Now that DraftKings has opened up shop in European jurisdictions where sports wagering is legal, they’re positioned to obtain licenses and experiment with sports betting overseas. DraftKings obtained a license in Malta in January for “Controlled Skill Games” and it can go from there to get an appropriate license and develop a sports betting product.

Who might the suitors be? Likely an established gaming entity such as MGM or Caesars, with properties already existing (and growing) in the Northeast and Mid-Atlantic states. Companies that are better much positioned to obtain a state license to open and operate a land-based and online sportsbook.

Robins is a shrewd operator. He’s shown forethought with each move DraftKings has made. Considering its options to become a sportsbook has got to include making DraftKings an acquisition possibility. It about the only way the corporate and venture capital investors get a positive return on their money, and that’s more than a consideration.