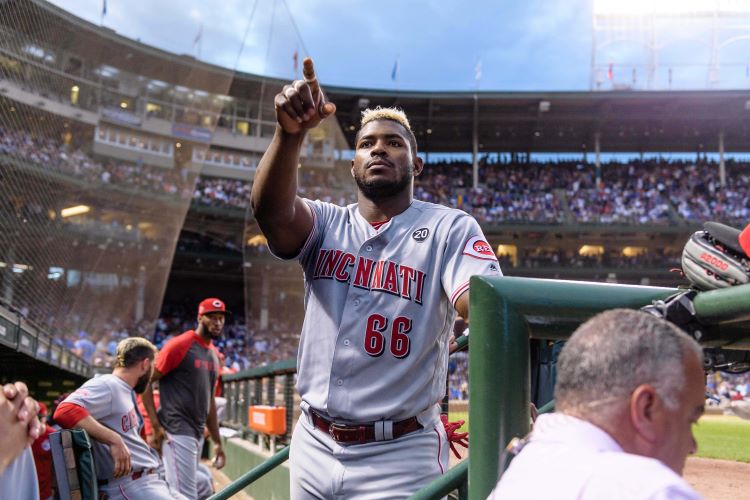 Yasiel Puig has not appeared in a Major League Baseball game since Sept. 27, 2019, when he went hitless for the Cleveland Indians in an 8-2 loss to the Washington Nationals.

Following Puig’s appearance in U.S. District Court in California Tuesday regarding his association with an illegal sports betting operation, he may never wear an MLB uniform again. Puig appeared in a Los Angeles federal courthouse, one day after documents unsealed by the U.S. Justice Department indicated that he had agreed to plead guilty to making false statements to law enforcement officials about sports bets he made with an illegal operator.

Puig, 31, is next scheduled to appear in court on Nov. 23, when he is expected to formally enter a guilty plea to the charge, a Justice Department spokesman told Sports Handle on Tuesday night.

Under the agreement signed Aug. 29, Puig is expected to plead guilty to making a false statement within the jurisdiction of a federal law enforcement agency, a charge that carries a statutory maximum sentence of five years in federal prison. A subsequent sentencing hearing could be held in the first quarter of 2023, the spokesman added. Puig, a one-time All-Star with the Los Angeles Dodgers, has also agreed to pay a fine of at least $55,000.

“Under our system of justice, no one is above the law,” U.S. Attorney Martin Estrada said in a statement. “The integrity of our nation’s criminal justice system depends on people telling the truth, and those who fail to abide by this simple principle must face consequences.”

Puig has not been accused of placing wagers on Major League Baseball games as an active MLB player.

When asked by Sports Handle if MLB is confident that Puig refrained from placing wagers on league games during the 2019 season, a league spokesman declined comment on Wednesday morning. Major League Baseball has yet to issue a statement on the matter.

In May 2019, Puig started to place wagers on sports through a third-party agent who worked on behalf of an illegal gambling business run by Wayne Nix, a California resident, according to court documents.

Nix, a former pitcher in the Oakland A’s farm system, pled guilty in April to one count of conspiracy to operate an illegal sports gambling business. Sometime after Nix ended his minor league baseball career in 2001, he started an illegal bookmaking business in the Los Angeles area, prosecutors say. Nix used a series of agents to place and accept bets for the so-called Nix Gambling Business, facilitating the wagers through Sand Island Sports, a Costa Rica company.

Puig led the Dodgers to the 2018 World Series after hitting a critical three-run homer in Game 7 of the National League Championship Series. Still, the Dodgers traded him to the Cincinnati Reds in a blockbuster seven-player trade in December 2018.

By that June, Puig owed Nix’s gambling business $282,900 for sports gambling losses, court filings show.  At the time, the agent and another person described in court records as “Individual B” instructed Puig to make a check or wire transfer payable to a gambling associate of Nix.

After Puig repaid some of his debt with the $200,000, he regained the ability to place wagers through Nix’s business. According to court filings, Puig resumed betting on the illegal sites on July 4, 2019, a day when he delivered the game’s lone RBI in Cincinnati’s 1-0 victory over the Brewers.

Over a three-month period through Sept. 29, 2019, Puig made 899 bets on tennis, football, and basketball games through Sand Island Sports, court records show. (He finished the year with Cleveland after a July 31 trade.)

While Puig’s court appearance this week was brief, Monday’s unsealing by the Justice Department sheds additional light on the multi-year investigation. Puig, according to federal prosecutors, apparently met Agent 1 at a youth baseball camp in January 2019. Approximately three years later, in January 2022, Puig met with a contingent of federal law enforcement agents to answer questions regarding the investigation. There, investigators presented Puig with a photo of Agent 1 and pressed him on whether he discussed any betting activity with the individual.

According to court records, Puig told investigators he only knew Agent 1 through his involvement in baseball. On the contrary, Puig discussed sports betting with Agent 1 via telephone and text messages “on hundreds of occasions,” prosecutors allege. Furthermore, Puig claimed that he placed a bet online with an “unknown person” on an unknown website, which resulted in a loss of $200,000. Instead, the former MLB star placed a series of bets directly through Agent 1 — not through a website — that resulted in the gambling loss, according to the Justice Department.

Meanwhile, the person described as Individual B is a private baseball coach who aided Puig in placing sports bets with Agent 1, while assisting Agent 1’s efforts to collect gambling debts from the former Reds player, prosecutors allege. During the interview, Puig stated that he did not know the individual who instructed him to send $200,000 in cashier’s checks to a Nix associate. Puig, however, was aware that Agent 1 and Individual B advised him via text to send the six-figure payments to the associate, prosecutors contend.

“When given the opportunity to be truthful about his involvement with Nix’s gambling businesses, Mr. Puig chose not to,” said Tyler Hatcher, who serves as special agent in charge for the IRS Criminal Investigation’s Los Angeles field office. “Mr. Puig’s lies hindered the legal and procedural tasks of the investigators and prosecutors.”

Following Tuesday’s hearing, Lisette Carnet, a player agent for Puig, indicated that her client felt “rushed” during January’s meeting with federal investigators. Though prosecutors assert that Puig was warned about the severity of providing false statements to federal officials, he conducted the interview without criminal counsel, according to Carnet.

“He came to the interview feeling rushed, unprepared, without criminal counsel with him, and also lacked his own interpreter,” Carnet told The Associated Press. “Given his history growing up in authoritarian Cuba, government interviews are triggering and only worsen his ADHD symptoms and other mental health struggles, for which he is in treatment. He would have benefited from this care at the time of the interview.”

I’m going to have a lot to say about our roles and our duties as agents in this industry and helping the Latino player as they navigate worlds they are unfamiliar with. I stand 100 percent next to this man. This player who has given so many of us so much excitement. ➡️

Under sentencing guidelines, Puig is also eligible for probation, according to Keri Axel, his attorney. Efforts to reach Axel on Tuesday evening were unsuccessful.

According to California law, it is illegal to operate a gambling business that employs at least five people for a period in excess of 30 days when the business collects gross revenue of more than $2,000 in a single day. Earlier this month, two separate referendums that would have legalized sports betting in California were resoundingly defeated by voters.

A longstanding MLB rule prohibiting players from wagering on league contests dates back nearly a century to 1927, almost a decade after the Black Sox scandal. The decree, MLB Rule 21, Part D, is posted in every clubhouse throughout the league.

Former MLB Commissioner Bart Giamatti invoked the rule in 1989 when he suspended Pete Rose and placed him on the league’s ineligible list. More recently, current MLB Commissioner Rob Manfred cited Rule 21 in 2015 in rejecting Rose’s application for removal from the list.

(1) Any player, umpire, or Club or League official or employee, who shall bet any sum whatsoever upon any baseball game in connection with which the bettor has no duty to perform, shall be declared ineligible for one year.

(2) Any player, umpire, or Club or League official or employee, who shall bet any sum whatsoever upon any baseball game in connection with which the bettor has a duty to perform, shall be declared permanently ineligible.

As it relates to a player caught placing a bet with an illegal bookmaker, the commissioner has wide discretion in handing down a penalty that is commensurate with the offense. Under the rule, a player who makes an illegal wager will be subject to a penalty the commissioner deems appropriate “in light of the facts and circumstances of the conduct.” While MLB may be able to detect a pattern of wagering at one of its authorized gaming partners — such as BetMGM, DraftKings, or FanDuel — the task is more challenging at an offshore book.

Rose — MLB’s all-time hits leader — is banned from baseball and the Hall of Fame for wagering on games. pic.twitter.com/z6SQ3nL3Qc

Although the exact amount handled by the illegal bookmaking business is unclear, the scale of the operation is large by any standard. On one occasion, Nix accepted a $5 million bet on the Super Bowl in February 2019. On another, Nix received a check for $245,000 from a professional football player for gambling losses, according to prosecutors. An unnamed sports broadcaster also told Nix in 2019 that he planned to refinance his home mortgage to pay him an outstanding gambling debt, court records show.

Puig signed a one-year, $1 million contract with the Kiwoom Heroes of South Korea’s KBO League in December 2021 and hit .277 with 21 home runs and 73 RBIs for the Heroes during the 2022 season. 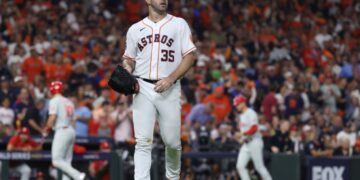 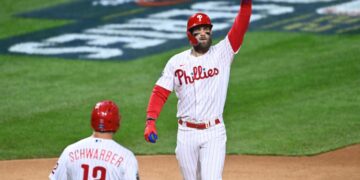