by Mike Seely
in Analysis, Sports 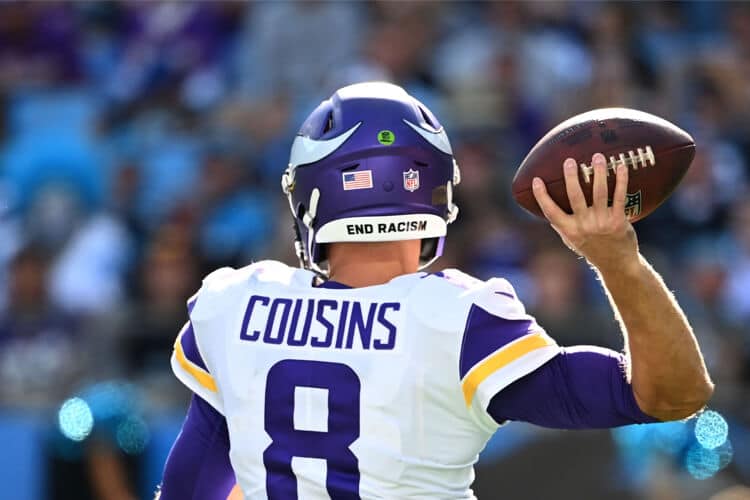 Is he playing or not?

It’s not like this is a new consideration for sports bettors and bookmakers alike. Athletes are subject to injury, and certain injuries cause certain athletes to miss action. Oftentimes, this means having to keep a close eye on a player’s status right up until kickoff/tipoff.

Such calculations have long been part of the cat and mouse game between the parties on either side of the wagering window (or, increasingly, the phone screen). But COVID’s highly contagious — but probably not as dangerous — Omicron variant has thrown things into utter chaos, especially as professional sports leagues relax or retool regulations on the fly.

Take this past Sunday’s Packers-Vikings tilt, for example. Robert Kowalski, director of sportsbook operations for ZenSports and Baldini’s in the Reno area, opened the Packers as 6.5-point favorites. But when it was announced that Minnesota’s starting quarterback, Kirk Cousins, would likely miss the game after being placed in COVID protocols, the line moved significantly, with the Packers closing as 13.5-point favorites. Cousins wound up sitting, and Green Bay wound up winning by a score of 37-10.

“It was one of the biggest middles of the year, but [Packers bettors] ended up on the right side no matter what,” said Kowalski.

Kowalski has noticed a recent tendency for some bettors to wait until the last minute to place their wagers because, as he put it, “no one wants to be stuck with a ticket on a team without their star player or starting quarterback.” On the flip side, he added, “I am seeing far more bets based on that same information far in advance to lock in quite the closing line value.”

In other words, despite the fact that Kowalski is constantly scrutinizing “three screens of data” to sharpen his spreads, some bettors will get information on a player’s status before he does, mobilizing their money before he moves the line.

“The sharps grab a hold of a good number like Green Bay at 6.5, I’m hopeless,” he said. “I don’t want to open up to the limits I would give you Wednesday, Thursday, Friday, Saturday, and Sunday, because I just don’t know [who will be active].”

Of course, if bookmakers wanted, they could wait longer than usual to post opening lines. But that would eat into handle.

“We’re not waiting, even though the bettors are, especially for football. And that’s probably the smart thing to do,” conceded SuperBook exec Jay Kornegay. “I’m not just talking about the sharper players, but recreational players as well. They seem to be waiting until the night before or day of before committing funds to a game. But that’s also happening in basketball as well.

“It’s the same process that we do on a regular basis, but it certainly has ramped up as we’ve seen a spike in COVID cases. Our main source of information has been Twitter for many, many years. I can tell you we’re keeping a closer eye on that Twitter deck than in normal circumstances.”

WynnBET has also seen a recent shift to later action among its bettors, and it provided Sports Handle with a graphic (below) to drive home the point. In the second half of October, with COVID cases (black line) at relatively modest levels, Sunday wagering (blue area) ranged from 40-60% of all NFL tickets, with bets placed two to seven days in advance (light green) actually outpacing game-day wagering for the Oct. 24 slate of matchups.

But by the time Dec. 26 rolled around, with COVID rates soaring and Omicron ravaging active rosters, more than 86% of all NFL bets were placed that Sunday alone, with bettors clearly waiting until the last possible moment to see who was in or out.

To be sure, this trend is neither universal nor strictly limited to Omicron. Circa Sportsbook Operations Manager Jeffrey Benson, for one, reported that his book hadn’t seen “a huge difference in how our players are playing,” while FanDuel Director of Publicity Kevin Hennessy said later betting habits had “been a little more typical since COVID hit overall.”

Hennessy also noted that the uncertainty surrounding who will suit up for a given game “comes up a lot in the NBA, but since the markets aren’t up weeks in advance, [it’s] less of an overall issue.”

As an Omicron end-around — or, perhaps, a hedge — Hennessy pointed to “the beauty of in-game wagering,” explaining, “You can still place bets while games have already started.”