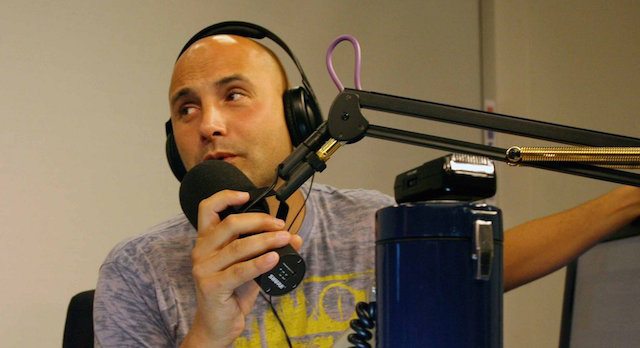 Popular co-host of WFAN’s morning show “Boomer & Carton,” Craig Carton, was arrested Wednesday morning by the FBI in connection with his involvement in an alleged Ponzi scheme that began in 2016. The FBI complaint alleges that the 48-year-old Carton, along with two-conspirators (one named Joseph Meli), duped investors in a ticket reselling scheme for entertainment events (such as Justin Bieber, Katy Perry, Barbra Streisand concerts) and used the funds to cover debts, including at least $700,000 in debts to casinos, i.e. gambling debts.

“Carton falsely claimed to investors that he — sometimes on his own and sometimes through Meli —had access to millions of dollars’ worth of concert tickets at face value,” the complaint reads for the charges filed in federal court for the Southern District of New York.

Early on Wednesday’s show, which runs from 6 a.m. to 10 a.m., Boomer Esiason said that Carton had texted him that he was “under the weather.” Esiason later learned what was actually unfolding and shared the news with listeners:

The complaint contains text messages and emails in which Carton references various debts, losses, and his risking of investor money. The father of four will have his day in court (or possibly accept a plea) but the evidence appears quite damning. The actual criminal charges are for (1) conspiracy to commit securities fraud and wire fraud; (2) wire fraud; and (3) securities fraud.

It’s unclear to which casinos Carton and the alleged co-conspirators owed money and for which games. It’s possible some sports betting was involved but that’s speculation at this point. We do know that Carton along with his co-host make picks each week on the NFL slate. Below there’s a couple sections from the complaint referencing the casino debts:

Bloomberg reports that the Securities and Exchange Commission also sued Carton, stating that he racked up millions in gambling-related debts.

More relevant to our focuses here at SportsHandle, it appears that problem gaming and responsible gaming is likely the root cause of Carton’s alleged criminal involvement.

In an interview with addiction medicine physician Stefan Kantrowitz M.D., FASAM, Dr. Kantrowitz told us that gambling addiction “Starts with someone often thinking that they don’t have an issue, and then continuing to do it, and then they lose the control. They continue to do it despite consequences.”

And the consequences, as evidence here, can be quite severe. If you think you have a problem, we urge you to seek help.