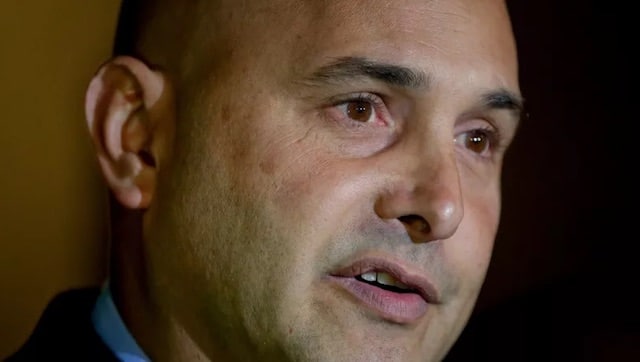 In a Manhattan federal court on Wednesday, former co-host Craig Carton of the popular New York City-based WFAN morning sports talk show “Boomer & Carton,” was convicted on all three charges he faced in connection with a multi-million dollar ticket brokering scheme, in which investors got fleeced.

Why’d he do it? At least in part, or in large part, due to gambling addiction, specifically casino table games such as blackjack. When federal agents knocked on Carton’s door in Sept. 2017 before the sun rose, the show that had run since 2007 effectively ended. Co-host and former NFL quarterback Boomer Esiason, as well as other show staffers, were caught by surprise and claim to have had no knowledge whatsoever about Carton’s criminal activity. Ultimately Carton was found guilty of securities fraud, wire fraud and conspiracy to commit fraud. He now faces up to 45 years in prison.

“For anybody out there, who’s ever had anybody in their life who has dealt with any sort of addiction — drugs, alcohol, gambling — this is a cautionary tale of how your life can spiral out of control and how it can affect so many around you, including your own family, the people that you work with and the people that you try to do business with on the outside.

“Last night, there was a moment that I had where I just said, ‘You know, I can’t believe that it’s finally come to an end,’ and it led us to where we are today.”

After the charges came down, WFAN suspended Carton and later terminated him. Boomer stayed aboard and later Gregg “Gio” Giannotti replaced Carton, forming “Boomer and Gio.”

Said longtime producer Dukes, highlighting how as colleagues and friends, they were unaware of and couldn’t detect anything awry with Carton:

“I don’t think he set out to do any of these things. I think clearly he talked on the air that he played blackjack, high-stakes blackjack. I saw him win many, many times… never saw him lose, and that’s the classic thing that you hear about the winning but the losing you don’t, it’s not talked about or a topic of casual conversation. I was not aware that he was losing money.

“His personality and the way he treated people here did not change. There was no way to know when he was having good days, bad days, and all these things going on in his life. Because he was the same guy every day when he came in here, goofing around, he’d blast his music, we’d prepare for the show. That’s what I saw every day.”

I am sad today for Craig, Kim and the kids. They have been nothing but great to me for over a decade. You will never truly understand addiction unless you or someone very close to you goes through it. So save your nasty responses back to me. Already got them

Some more details about the troubles that led to his demise, via the New York Post:

At the time of the fraud, Carton was spending big bucks at casinos — even borrowing money from loan sharks to fund his casino trips, according to witness testimony.

One of the loan sharks, Desmond Finger, a general manager of Upper East Side strip club Sapphire 39, told the jury he gave Carton several high-interest loans of as much as $500,000 a pop to finance his casino trips in 2016 and 2017.

Their relationship fell apart when the radio host failed to repay a $500,000 loan in 2017, the strip club manager testified.

The point here is, regardless of the kind of addiction — casino gambling, sports betting, alcohol or drugs — the individual struggling with it probably won’t announce it to friends or family, may not show physical symptoms, and may act completely normal, like Carton did, according to his former friends and colleagues.

We are certainly not psychologists here, so if you are struggling with addiction or think you have a problem, consider these materials: