Divide still exists between tribes, state, and one lawmaker all but suggested tabling legal sports betting 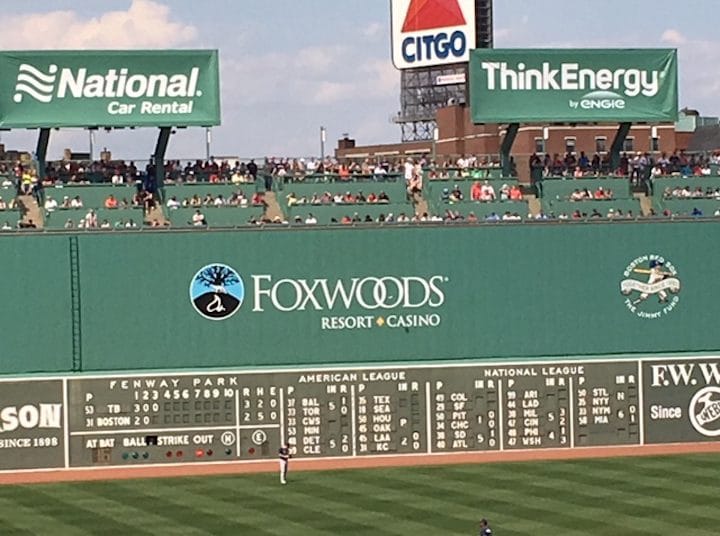 For the second time in two weeks, Connecticut lawmakers had a marathon sports betting hearing that focused more on the minutiae than the idea of legalizing sooner than later. Tuesday’s seven-hour hearing was well short of the February 26  10-plus hour affair, and both were before the Committee on Public Safety and Security.

The key sports wagering bill under discussion was HB 7331, which was introduced last week, and would legalize mobile sports betting, allow the Connecticut Lottery, casinos and OTBs to offer sports betting, and would require the state’s two tribes to renegotiate their tribal-state compacts in order for the state to continue to receive the more than $250 million it currently receives from tribal gaming.

The most contentious part of the hearing was when representatives from Sportech, a Connecticut-based operator that is currently the exclusive licensee for Connecticut off-track betting, and George Henningsen, Chair, Tribal Gaming Commission, Foxwoods Resort Casino testified.

Representative Craig Fishbein (R-District 89) peppered Rich Pingel, Sportech’s chief legal officer, with questions about where data would come from, how the state would use a company’s $100,000 application fee, Pingel’s views on “allowing your company to bet on someone else’s event,” and whether or not Pingel really believes that the black market could be eliminated.

Fishbein: Off-shore gambling of this ilk is going on in this state. Certainly you wouldn’t sit here today and say that that will go away?

Pingel: We’d like to think we’ll get a lot of it, in addition to some people who weren’t placing bets before. We’ve seen … people driving down to NJ, when they could (sports bet)  just as easily on the black market. So there is an appetite for legal, regulated sports betting. There is a bit of confusion now with our neighboring states offering this, people want to do it here legally.

Or this exchange, during which Fishbein seemed to be under the impression that paying an integrity fee would give consumers the ability to sue sports leagues in the event of fraud. (Meanwhile, NBA and MLB executives have publicly insisted that an off-the-top fee on all wagers benefiting pro leagues should be called a “royalty” or anything else but “integrity fee.”)

Fishbein: Because integrity is at the core of this … are we creating an issue for the leagues for people to bring lawsuits? I’ll be on the phone and filing lawsuits, I don’t know that we’ve really thought this thing through. I’d be more comfortable with seeing how other states are handling this.

Pingel: Even if we were to acquiesce to the leagues and pay them an integrity fee, there is nothing set up to compensate you. If you think that setting up an integrity fee is going to further to protect you, that was never contemplated.

Fishbein continued asking questions that seemed more appropriate for accountants or legislative analysts during Henningsen’s testimony. The tribal-state compact is a key issue in Connecticut, and the tribes believe they have — or should have — the exclusive right to sports betting. Should the state legalize sports betting and not give the tribes exclusivity, they believe the current compact would be broken, and they could stop paying the state upwards of $250 million in gaming revenue annually.

“Is your position that, OK, Connecticut now has legal sports betting, and we (the tribes) have the right to choose to have it. But we aren’t going to pay you additional money,” Fishbein asked.

Henningsen replied that “it’s more complicated than that.”

The exchange lasted more than five minutes, and made it appear that Fishbein is unwilling to negotiate with the tribes. He suggested that “someone should file for a court ruling to clarify this.”

His colleague, Representative Dan Champagne (R-District 35), tried to soften the tone when he added, “I think we should protect the, what, $271 million that we get from the tribes. The tribes have been there, they’ve worked with us well. Does that mean that everything that comes along they get exclusivity on? Maybe not. But I think we should sit down at the table to talk about it. I don’t think that state of Connecticut is in a position to lose a couple hundred million dollars, and I don’t think we will be any time soon.”

What was made clear from the exchange is that a huge divide still exists between lawmakers and the tribes. Tribal-state compacts across the country are complex and require thoughtful negotiation and concessions from both sides. Barring those discussions and an ultimate solution, Connecticut won’t be able to legalize.

Fishbein continued his pointed questioning with Joe Corbo, vice president and lead counsel representing who MGM and its New Jersey property, the Borgata. Corbo said he was there strictly to share the “New Jersey experience.” Following his testimony, Fishbein said, “Take me down the road … if tribes are granted exclusivity, I assume that that ends up in MGM bringing a equal protection lawsuit,” resulting in a temporary injunction against sports betting. “Frankly, this is a chess game, and we’re the board.”

Lottery the only ‘fully customizable’ partner

Smith, who also testified on a bill that would allow the lottery to put many of its games online or mobile as well as sports betting, suggested that the lottery is better equipped to make sports betting more accessible and better monitored than other outlets. He said that if run through the lottery, sports betting would result in $15-$20 million “back to the state in the early years.”

The NBA’s Dan Spillane, who has testified in statehouses across the country, as well as in Connecticut last year and just two weeks ago, made his pitch for an integrity fee, asking the committee to add a 0.25 percent cut of handle to the bill that would come off-the-top on all wagers and over to league coffers. He also thanked the committee for including a section requiring the state to “seek partnerships” with the professional leagues, a vague provision with the apparent aim to bring pro sport events to Connecticut.

Mudrick pointed out that past gaming studies in Connecticut were conducted by Spectrum Sports Gaming Group, which does have ties the two Connecticut tribes that own and run the state’s casinos.