Cuomo offered a teaser, proposal has major issues, and lawmakers have already filed a competing bill 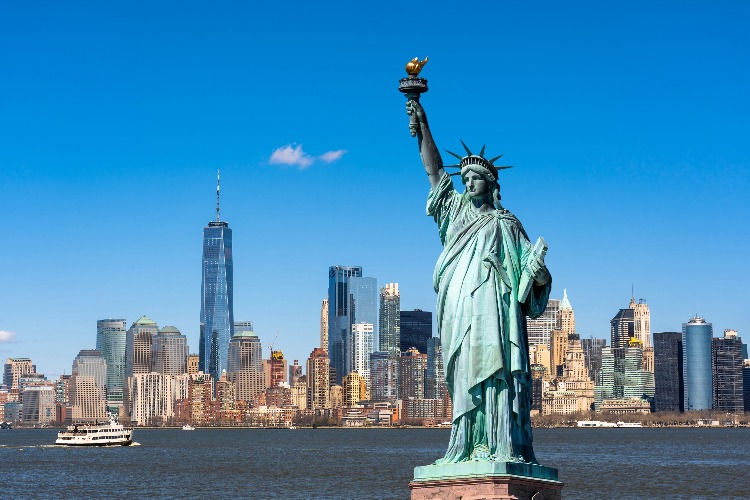 What New York Gov. Andrew Cuomo offered on Wednesday was a teaser. And we all know that a teaser, whether it comes from a cable company, a credit card company, or a sports betting operator, for that matter, is never what it seems. You gotta read the fine print.

At this point, what do we know? Just about nothing. Cuomo did not outline a plan for an open, competitive marketplace, but rather appears to be setting the stage for a monopoly. Not only did he not mention the downstate casinos or horse racetracks throughout New York, he clearly stated that his goal isn’t to take care of the casinos, but to make the most money for the state.

Note to Cuomo — a lottery-run monopoly will not do that, except, perhaps, if the state of New York can convince DraftKings to offer up the same sweetheart deal it gave to New Hampshire. In that state — among the smallest with live, legal sports betting — DraftKings is giving 51% of gross gaming revenue to the state in exchange for owning the market.

I’m thinking that not only will DraftKings not offer that deal again, but that New York state lawmakers won’t stand for it. (As a side note, I suspect that New Hampshire lawmakers were stunned when the state lottery took their open, competitive marketplace and consolidated it into a single entity.) While Cuomo may believe his job is to bring in the most amount of money for the state, local politicians must answer to their constituents, all of whom want more jobs, more money, more mobile sportsbook choices like their neighbors in New Jersey and Pennsylvania, and a level playing field.

Cuomo dangled support of sports betting on Wednesday, according to pundits near and far. Consumers and would-be bettors were justifiably excited.

If New York legalizes sports betting and builds an in-person sportsbook somewhere on Long Island, I will walk in thee promptly at 5 p.m. every Friday and you'll have to physically drag me out at 7:30 p.m. on Sunday

But the version of statewide mobile sports betting he seems to be offering leaves a lot of people in the cold. Stakeholders privately used words like “upsetting,” “disturbing,” and “dumpster fire” to describe Cuomo’s offering.

Not exactly the kind of energy you’d like to see when one of the four biggest states by population may be on the cusp of actually moving forward with digital wagering.

At the moment, four operators — Bet365, DraftKings, FanDuel, and Rush Street Interactive — offer retail sports betting at upstate casinos. Cuomo at the very least strongly implied in a statement that only one of those operators would become the state’s sports betting partner:

“Upsetting” and “disturbing” indeed, if you’re not the one selected. Honestly, it’s senseless to shut out some of the biggest names in sports betting — those that are leaders in handle and revenue in New Jersey and Illinois and Colorado, to name a few — rather than pit them against each other for the biggest reach.

After years of lobbying and negotiating, Sen. Joe Addabbo said before Cuomo’s press conference that it was “encouraging” that Cuomo would “embrace mobile sports betting.”

Twenty-four hours later, he and his House counterpart, J. Gary Pretlow, filed bills that allow for statewide mobile sports betting with an 8.5% tax rate. Operators might not be so quick to embrace the bills, though, as they require a $12 million licensing fee, a 0.20% of handle “royalty” fee paid to the pro leagues off-the-top on each wager, and mandatory use of official league data.

Better yet, how will stakeholders in New Jersey react? Hell, they should throw a party. For nearly three years now, New Jersey operators have dominated the region when it comes to sports betting, and there are endless stories of customers driving across the border (sitting in their cars on bridges and at rest stops) from New York to New Jersey to place a bet. In fact, a 2019 study showed that 20% of New Jersey’s handle comes from New York-based bettors.

“Bring on that single-entity model,” stakeholders must be saying. “We won’t lose a dime back to New York.”

With only one choice in New York, bettors are sure to continue crossing the border for more competitive odds, better deals, and the unique offerings that are the hallmark of competition.

There are so many unanswered questions around Cuomo’s announcement:

Will the Lottery actually have skin in the game?

How will the State Gaming Commission select the operator?

Will downstate casinos and racetracks across the state be part of this expansion?

Will there be a way for operators not currently in New York (read: BetMGM, PointsBet, Penn National/Barstool Sports) to ever be able to enter the market?

I could go on, but there’s no need. Plenty of people out there, including Barry Jonas from Truit Securities, are calling the play-by-play. After hearing what Cuomo was selling, Jonas wrote this in a research note, after terming lottery-run sports betting in New York “negative” for stocks:

Potential risks for sports betting stocks (from Jonas’ note). While details have not been finalized, risks here include: 1) most commercial operators could be cut out of the state, 2) NY state is looking to retain the majority of revenues for itself and 3) a lottery operated model may not be competitive to neighboring state offerings (20% of NJ revenues are believed to come from NY) and the illegal market. Another bearish risk is that NY’s move could increase the prospects of other states looking for a bigger piece of the pie.

Beyond that, if Cuomo thought he was shortening the timeline when offering up sports betting regulated by the lottery, he may be wrong. In many states, it’s possible to expand the lottery’s duties, add in sports betting, and skip some of the legislative process. But it’s possible that a constitutional amendment would still be needed to give the lottery control. In 1984, when his dad, Mario, proposed the same thing, the then-attorney general wrote this opinion:

1984 NY AG Opinion: "A proposal authorizing the Division of the Lottery to conduct a game in which bets are placed on the outcome of pro sports events would require an amendment to the State Constitution in order to be implemented." pic.twitter.com/1qRwwOMDaX

My point? Under Cuomo’s proposal, it would still be at least almost TWO years before voters could approve sports betting, and then likely another year (at best) before operators could go live. So, we’re talking late 2023 or 2024 here. Under no circumstance is adding sports betting a quick fix for New York.

The governor faces a $70 billion four-year deficit. Legal mobile sports betting could help. A little bit. Consider that New Jersey, the leader in sports betting handle and revenue in the country, is approaching $1 billion in monthly handle, or total dollars wagered, not revenue for the state.

The $500m in revenue in a lottery-based model is wishful thinking, and potentially a near-total disaster as in Washington, D.C., and Oregon, both using a single-sportsbook lottery-run model. The Oregon lottery managed to lose $5.3 million in the first nine months of 2020.

All of this is just to say, again, curb your enthusiasm, people. Cuomo promised to roll out a more detailed plan on Jan. 19.

Yeah, we can hardly wait.