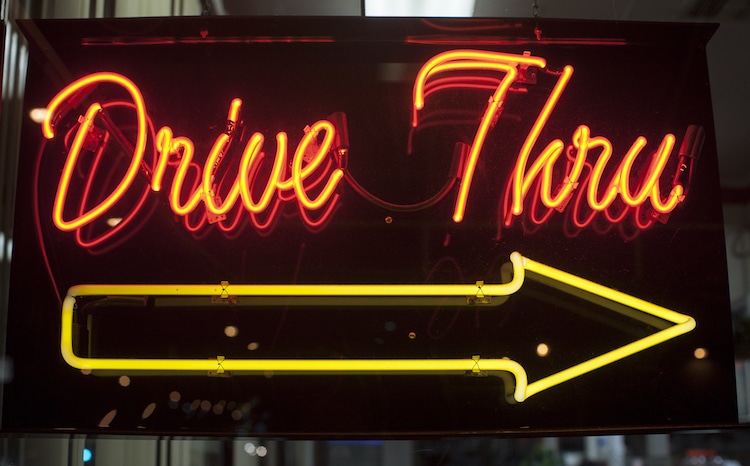 Nestled in the heart of the entertainment capital of the world, Las Vegas sportsbooks have compiled a long history of designing creative promotions in attempts to acquire and retain customers.

But with the historic global sports freeze now approaching its third month, sportsbook executives and casino marketing teams have been forced to don their thinking caps. As Nevada Gov. Steve Sisolak continues to roll out a phased approach for reopening the state, a trio of Las Vegas-based books swung into action last week.

Ahead of last Saturday’s UFC 249, three sportsbooks – Circa Sports, South Point Hotel and Casino and William Hill US — offered curbside mobile account signups for local customers throughout the Las Vegas Valley. All three described the initiative as a successful experiment, providing an encouraging sign for the sports betting industry as operators attempt to recover from an unprecedented disruption brought about by the COVID-19 pandemic.

Circa Sports, which operates two locations in Downtown Las Vegas, launched the curbside program May 7 outside the Golden Gate Hotel & Casino on Fremont Street to give customers ample opportunity to place their wagers before the well-publicized UFC event two nights later. Over the three-day period, Circa Sports, a relative newcomer to the Vegas sportsbook scene, booked approximately 120 account signups or deposits, Circa Sportsbook Operations Manager Jeffrey Benson told Sports Handle. Every retail sportsbook in Nevada has remained temporarily shuttered following an order from Sisolak in mid-March that resulted in the closure of licensed casinos across the state.

Last month, Circa Sports launched a digital payment solutions technology that enables customers to load funds onto Circa’s mobile app through the Play+ functionality. The curbside program gave patrons an alternative for digital transfers beyond Play+.

“Given what has been going on, it allowed new players access to our app and to our mobile offerings,” Benson said. “It provided patrons who already have the app with the functionality to do so without the Play+ feature.”

🚗 @Circasports CURBSIDE SERVICE
Available every day 10am-6pm here at #GoldenGate from the comfort of your vehicle!

On average, customers dealt with relatively moderate waiting lines before they met with a member of the Circa team. Circa deployed a large contingent of staff members to assist with customer needs to avoid any bottlenecks. While Circa’s waiting lines were about five to six cars deep at times, the large staff presence ensured that the average wait time ranged between five and seven minutes, Benson said.

“It allowed us to really move people in and out as quickly as possible so they weren’t waiting there for an inordinate amount of time,” he added.

In total, Circa received well over six figures in deposits, according to Benson.

Circa Sports will also soon be entering the sportsbook arena in Colorado, its first foray outside Nevada. While the Las Vegas drive-thru experiment proved successful, in new “sports betting states” such as Colorado, Indiana, New Jersey, and Pennsylvania customers can open accounts, and deposit or withdraw funds, entirely digitally from the comfort of their own home or self-quarantine.

Efforts by some casinos and sportsbooks in recent years to have Nevada modernize have been met with resistance, making this drive-thru solution both possible and necessary. After the Nevada Gaming Control Board (GCB) considered an amendment in October 2018 that would allow remote registration, representatives from MGM Resorts International argued that technology has advanced to the point where remote verification is feasible. Nevertheless, patrons must still appear in person to sign up for an online sportsbook account and fund it.

Final Stop: @southpointlv. They were busy and it took an hour. Delay may have been signing up for a new account (I’m a bit of a dinosaur and still bet >50% in person before all of this). Thanks @andrewssports for the great drive-thru idea for the degens. pic.twitter.com/ssgFi1yE7n

Customers at the South Point, meanwhile, experienced waits of up to an hour at the casino located several miles south of the Las Vegas Strip. During periods of high traffic, the sportsbook had as many as four staff members processing the transactions, said Chris Andrews, sportsbook director at the South Point. Approximately 200 new customers opened accounts at the mobile sign-up station, not including many others who made deposits into their existing accounts, he added.

“They sat in their cars, our people had masks and gloves on and took care of it the best they could,” Andrews said. “You are sitting in the car with the air conditioning on and listening to the radio. I guess it’s not terrible, but I honestly did not hear one complaint.”

Circa also avoided any patron disputes related to transactions made in cash. For compliance reasons, sportsbook staff members were unable to distribute any cash to customers outside of the physical casino. While Circa allowed customers to deposit the entire amount of a winning ticket into their mobile account, the sportsbook also advised them to bring exact change when conducting the transactions.

Circa promoted the policy aggressively on social media channels, sports talk radio and the local news, Benson said. Before arrival, most customers were well aware of the conundrum. As a result, the sportsbook did not encounter any issues in the curbside queue.

The return of customers alleviates some trepidation for sportsbooks that discretionary income shortfalls will limit hardened sports bettors from wagering at their pre-COVID levels when the pro sports hiatus comes to an end. Since the NBA suspended its regular season in March, the threat of widespread account withdrawals and closures represents the industry’s top concern, a high-level industry source told Sports Handle.

One other prominent operator, William Hill US, offered mobile signups at five Las Vegas area locations. William Hill also added a sweetener for UFC enthusiasts. New customers received a $65 cash bonus when they opened an account at William Hill and wagered at least $100 on the event. Returning customers who bet a minimum of $249 on the UFC card also received a cash bonus of $65.

William Hill handled several large bets on UFC 249. One bettor cashed a ticket for $45,900 when his $18,000 bet on Justin Gaethje to upset Tony Ferguson came through. The result produced an evening of heartache for a separate customer who placed $105,000 on Ferguson to win at -210. The same could be said for a customer who wagered $28,000 on Dominick Cruz, the victim of a second-round TKO against Henry Cejudo. Finally, a fourth bettor won more than $3,000 on an 8-team parlay, which included moneyline victories on Gaethje, Carla Esparaza, and Bryce Mitchell.

The South Point will continue to accept mobile signups despite the global sports slowdown. Reputed to provide one of the most customer-friendly experiences throughout Las Vegas, the South Point has yet to announce a date for reopening the retail sportsbook. The casino also needs to receive clearance from the GCB to reopen its doors.

When it does open again, Andrews emphasized that customer safety will be of utmost importance.

“I think we’re doing it the right way,” Andrews said. “The way the plan is in place, it’s a good plan for convenience to the customer and safety.” 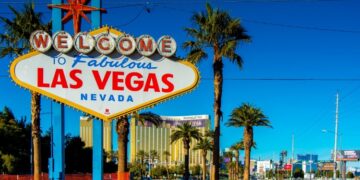