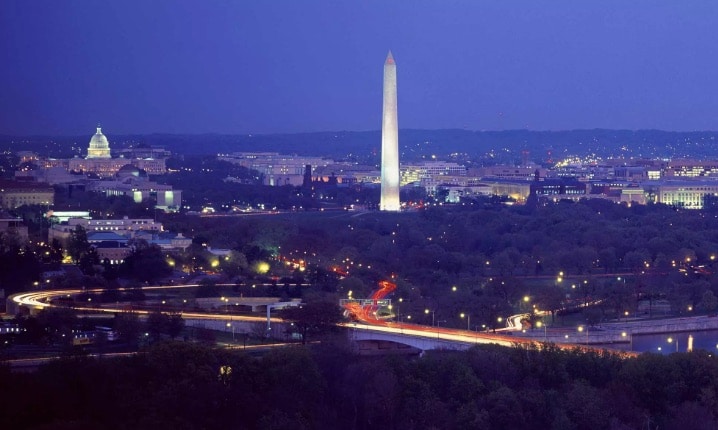 The professional sports leagues struck out again on Wednesday when the D.C. City Council opted to remove language from its sports betting bill that would have payed the leagues a so-called royalty. Entering Wednesday’s “mark-up” hearing in the Finance and Revenue Committee, a revised version of Bill 22-944 included a one-quarter of 1 percent cut of gross sports wagering revenue benefiting the professional leagues for use of their data and trademarks. But the council unanimously agreed to cut the amendment that added that fee.

The net result is that the committee agreed to move the bill  — the Sports Wagering Lottery Amendment Act of 2018 — along to a first reading, set for Dec. 4. The goal is to get the bill voted on at a Dec. 16 meeting.

During the one-hour hearing, several other bills were discussed, but the committee spent about half an hour discussing sports betting. Key changes to the original bill included creating a two-block no-competition zone around designated gaming facilities; removing the mandate that sportsbooks use official league data and replacing that with the royalty; language reaffirming that the D.C. Lottery would regulate sports betting; and allowing mobile bettors to use the D.C. Lottery sports betting app around the city, but requiring them to use only the app approved by a gaming facility in said facility.

Three of the four changes made it through committee, with only the royalty being struck. Discussion around all of the issues was pleasant and constructive and there was a clear vibe coming from the meeting room that all of the council members were not only well informed, but respectful and ready to legalize sports betting. 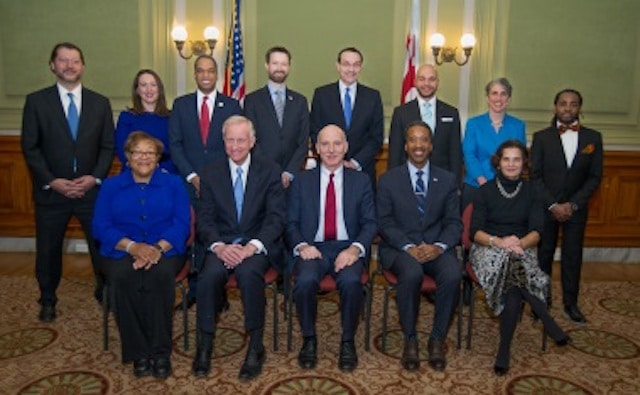 If the bill passes as-is, sports betting will be allowed at four professional sports venues in the nation’s capital. This would put Washington on the cutting edge of the latest trend, as the soon-to-be Las Vegas Raiders will have a casino at their new venue. The council is also looking to give each venue a bit of a monopoly, by keeping a two-block radius around each gaming venue free of competition. According to committee chairman Jack Evans, the idea is to “attempt to help” the gaming operators. There was some discussion about whether or not prohibiting sports betting close to the stadiums and arenas would be the right decision, but the language remained in the bill.

Another interesting discussion point was how to handle mobile wagering, and it appears that Evans is pushing for what he calls a “hybrid” situation. If the D.C. Lottery regulates sports betting in the District, it will have a sports betting app. However, should a league or team partner with a gaming property, as MLB, the NBA, the NHL and the Dallas Cowboys already have, that company will also have a sports betting app. In the case of the three pro leagues, all have partnered with MGM, which has its playMGM app. Evans said the bill allows for patrons to use the D.C. Lottery app while out and about town, but would limit fans to using the app of a designated gaming company within the confines of the stadium.

Evans said he deferred to the city’s chief financial officer in adding this language, as he feels it would be the most profitable for the District. However, the bill contains language that would allow the council to “pivot immediately” to a multiple app situation, should the lottery determine that’s necessary.

D.C. Sports Betting Bill Will Have First Reading on Dec. 4, Before Moving on to a Vote, Scheduled for Dec. 16

But the issue that got the most discussion was a payout to the league. At the start of the discussion, Evans was clear to say that while the pro leagues were passionate about a fee and casino operators were not, he could see the issue from both sides. The bill initially required that D.C. sportsbooks use official league data, but that requirement was dropped in favor of a royalty. The fee would have given the city use of pro league logos and trademarks while the leagues would have promoted D.C. as a great sports betting destination.

“There is not one anywhere else in the country and it unclear if anyone else will have one,” Evans said during the hearing. “I am trying to balance things here … trying to help the leagues, but I cannot provide what they want. They wanted 1/4 percent of handle, that’s a huge amount of money. What I’m willing to do is 1/4 of everything leftover (after payout, expenses). … and they will give us access to logos, trademarks that would be helpful in selling this stuff. I can’t say it’s right, but I’d like this to pass the way it is today.”

In the end, Evans’ colleagues didn’t believe it was “right” and the group unanimously voted not to pay the leagues.

From here, there are still multiple steps before the bill becomes law. The first reading will be scheduled for next week, followed by a council vote on Dec. 16. After that, the bill must be signed by the mayor and then sent to the U.S. Congress for approval.