An important distinction to understand when playing daily fantasy sports (DFS) is the difference between “cash games” and “guaranteed prize pool” (GPP) contests. These are the two most popular formats on FanDuel and DraftKings, and require a different approaches when making lineups.

When 50% of the player pool receives prizes (the same prize), it’s considered a cash game. GPPs make up the other main segment and are usually large tournaments with very high payouts at the top that cascade down to other top finishers. Usually around 20% of the player pool gets paid in GPPs. They’re two different beasts and require different approaches.

Creating a cash game lineup usually centers around one thing: establishing a scoring floor (a minimum, base number of scoring) that will result in finishing in the top half of the player pool. It sounds simple enough but the approach can get lost in the process of making lineups.

Fantasy players have a natural desire to score as most points as possible, but in a 100-person contest, the 50th finisher gets paid the same as the 1st place finisher. Therefore, the goal is Top 50. Consistency or predictability are keystones of establishing a floor, so ‘boom or bust’ type players don’t belong on the radar.

One of the biggest things I’ve learned playing cash games is that only a portion of the player pool is really in consideration when building lineups. There are certain players I can automatically eliminate due to lack of consistency or players that no one else in the field will likely select.

Understanding value plays is another huge part of cash game lineup construction. It sounds obvious, but if I identify two running backs with the same floor and one is $1,000 cheaper in salary, I’m almost always going to plug that running back in, regardless of their ceiling (the top end of possible production). Identifying popular value plays is crucial because if 60% of entrants use that player and he performs very well, you are going to have a tough time making up the value at other positions.

Here’s an example. Let’s suppose Tennessee Titans RB DeMarco Murray gets hurt in practice and the team announces that Derrick Henry will start against the Colts in the upcoming week. Henry began the week as the backup when FanDuel and DraftKings created their pricing, so his salary is depressed compared to other starting running backs. At just $5,300, Henry is $1,500 cheaper than the running back you’ve chosen (let’s say Isaiah Crowell). Henry ends up running for 80 yards and two touchdowns, giving him 20 fantasy points while 60% of the cash game contest field has rostered him. Crowell rushes for 90 yards and catches couple passes, finishing with 12 points.

That eight point difference isn’t make or break, but when it comes from a player with $1,500 less in salary that is 60% owned, it can be hard to overcome. Now, the rest of your lineup that costs $1,500 less than your opponents’ must make up that difference, and your opponents will have had more money to spend on higher priced players that typically score more points.

Value plays aren’t always as obvious as a backup RB taking over starting duties, but it’s important to do your research and understand who DFS players will be inclined to play the upcoming week. 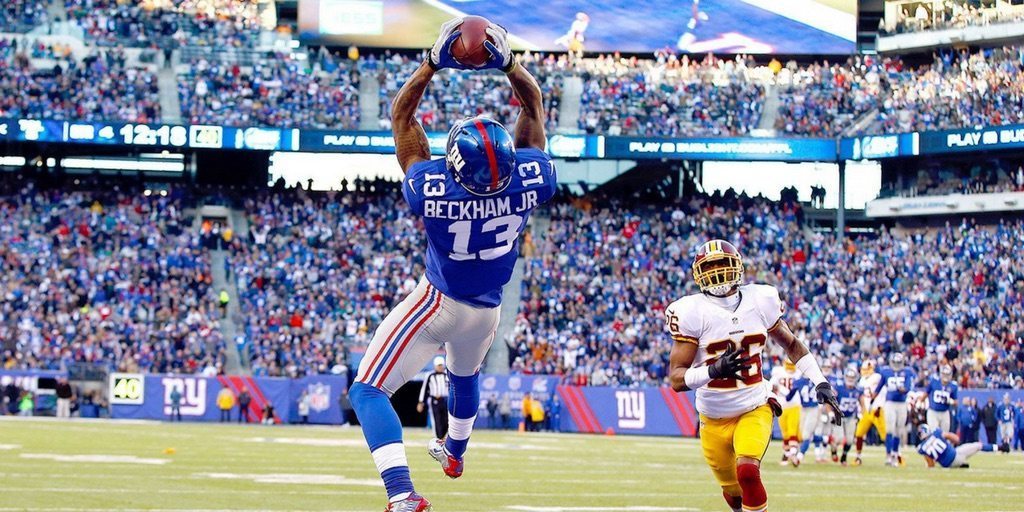 Identifying chalk (popular) plays isn’t just important when you want to play them, but also when you want to fade (avoid) them. If you know a player is going to be 50% owned in cash games but you like someone better at a similar price point, it may be beneficial to fade the chalk. If the player you selected at the same price outperforms the guy on 50% of rosters, you have an advantage against those lineups and have a much better chance of placing in the money. This strategy is for those who enjoy a riskier lifestyle.

1) Establish a lineup with the highest scoring floor possible.

2) Avoid boom-or-bust players who can tank your lineup with a bad performance.

3) Understand the value plays at each position heading into your contests.

4) Understand the chalk and determine if they are worthy in your lineup or should be faded.

Constructing lineups for GPPs requires the opposite approach of cash games. In GPP games we want to target players with the highest ceilings. Because only about 20% of entrants get paid, it’s a much tougher task to consistently place. While the player selection process is based on ceilings instead of floors, the research principles are still largely the same when examining the GPP landscape. We still want to identify the popular plays of the week, as it will help us make decisions on whether we want to go contrarian (against popular plays) or play the chalk.

Boom or bust players are welcomed back into our player universe when creating GPP lineups, but we don’t necessarily want a roster of strictly all-or-nothing plays. It’s nearly impossible to have all of your players “boom” in the same week. While we’re focused on player ceilings, that doesn’t mean we’re dismissing their floor. I would much rather have a player with a floor of 10 points and ceiling of 30 points than one with a floor of 0 and the same ceiling. The upside is all we’re looking for in tournament plays.

One of the best ways to separate yourself from the field in GPP tournaments is to pick players that are going to be low-owned. It goes alongside the idea of fading the chalk, but choosing the correct contrarian play can vault you up leaderboards quicker than anything else. For example, if you choose Marcus Mariota in a week where he’s only 3% owned by players and he is the top scoring QB, then you have an advantage on 97% on lineups just by selecting the right quarterback. Therefore, a useful strategy is pairing up contrarian plays alongside popular plays. Let’s say Julio Jones is going up against a weak corner and is owned on 35% of teams. You still love the matchup, so you’ll ignore the (likely) high ownership and choose him anyway. Julio has a huge week, but you’re still competing with 35% of the field when just 20% gets paid, so you need to differentiate elsewhere. Choosing low-owned players not found in those 35% of lineups achieve that goal, and finding low-owned gems can make for those huge paydays.

Stacking plays a huge role in GPP lineup construction as well. This isn’t just anecdotal: I went through the DraftKings’ Millionaire Maker winning lineups from 2016 and found the following:

10 of the 14 winning lineups contained a stack involving the QB, with 8 of those 10 using a QB-WR combo, and the outliers coming from a Marcus Mariota-Delanie Walker stack as well as a Kirk Cousins-Jamison Crowder-Jordan Reed stack in Week 11. Five of those winning stacks contained a QB-WR1 combo, three with a QB-WR2 combo, and two with a QB-WR3 combo. The flex is included in two of these stacks, as Robert Kelley completes the Washington four-man stack in Week 11, and Dennis Pitta paired up with Joe Flacco and Mike Wallace in Week 13.

Of the 10 total stacks, seven were just a two-player stack, plus one QB-WR2-WR3 stack, one QB-RB1-WR1 stack, and one four player stack that consisted of a QB-WR2-TE-FLEX (RB). Initially we see that it’s rare to find a running back in a stack, as Devonta Freeman is the only RB1 or RB2 to make one, as games are usually tilted one way or the other when it comes to run or pass. Freeman hauled in five passes for 81 yards that week and only carried the ball 12 times, so we can understand why this is an outlier.

The clear best option when it comes to stacking is to fire up the QB and WR1 together. That occurred in 5 of the 10 stacks. WR1s averaged 35.7 points when paired with their QB, which obviously impacts how well the quarterback does in that given week. Overall, QB-WR stacks should be favored more than any other, as a QB-TE only took down just one stack by itself, and no QB-RB stack won without the help of a WR or TE.

Keep that in mind going forward and check out the full article for a more detailed breakdown of achieving success in GPPs. All the conclusions from that article directly relate to creating successful lineups in GPPs.

1) Identify players you believe have the most upside.

2) Avoid making lineups with only boom or bust plays because they will almost never all boom on the same week.

4) Don’t be afraid to play some chalk! They will often score the most points and can still be extremely effective in lineups that utilize contrarian plays.