The Leagues Vs. Delaware on Sports Betting: Goodwill, Goodell And The NFL’s Fury 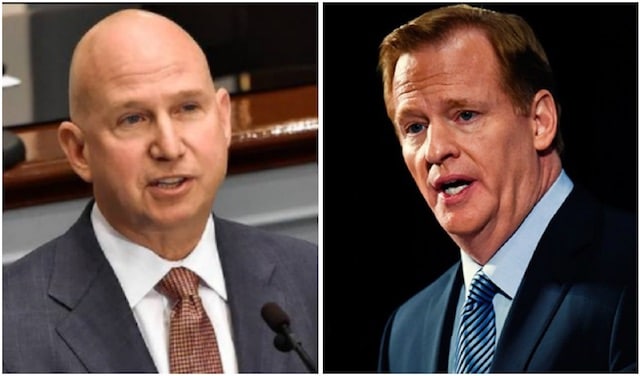 Editor’s Note: New Jersey has been sued over gambling-related issues by various sports leagues twice: 2012 and 2014.  The latter case is pending at the Supreme Court. New Jersey’s neighbor—Delaware—is the only other state to have been similarly sued by sports governing bodies on multiple occasions.  In a two-part series, SportsHandle looks at both Delaware lawsuits. The first installment probed the 1976 federal case initiated by the NFL.  This second part of the series unpacks the 2009 lawsuit against Delaware Governor Jack Markell started by the same five sports leagues who would later join forces to sue New Jersey.

The opening paragraph of Goodell’s March 17, 2009 letter to Gov. Markell even included underlining for emphasis:

Court documents from the case obtained by SportsHandle shed light on the leagues’ evolving sports wagering policy stances and help explain why the yet-to-be-resolved PASPA case involving New Jersey has proven so thorny.

The NFL, NBA, NHL, and Major League Baseball—but not the NCAA—provided Delaware a preview of litigation to come in a joint statement seven years before filing suit.

“The four professional sports leagues oppose state-sponsored sports gambling in Delaware or any other state,” wrote the four leagues on December 18, 2002.  “Simply put, we do not want our games used as bait to sell gambling.

“We do not want our athletes used as roulette chips.”

At the time, Delaware was tinkering with the idea of re-instituting—and possibly expanding—the sports lottery offered in the 1970’s.  The four sports leagues moved to re-assert their united stance in opposition of state-sponsored sports gambling.  The leagues’ position in their 2002 statement to Delaware mirrored that articulated to Congress ten years earlier when PASPA was enacted.

The quartet of leagues explained why states should stay away from authorizing sports betting:

“Our players cannot be expected to serve as healthy role models for youth if they are made to function as participants in gambling enterprises,” wrote the four leagues.  “And legalized sports gambling sends a regrettable message to our young people that ‘anything goes’ when it comes to raising revenues or protecting local interests, and that we might as well legalize, sponsor, and promote any activity so that the state can get its ‘cut.’”

The NBA, NCAA, NFL, NHL, and Major League Baseball filed a 19-page complaint against Gov. Markell on July 24, 2009.  The leagues focused on alleged violations of PASPA and the Delaware Constitution stemming from the state’s move to expand its sports betting options beyond the pro football parlays offered in the 1970’s.

On the issue of damages, the leagues explained that the resulting harm “cannot even begin to be measured, let alone compensated by money damages.”

The league quintet also had a take on the role of skill in single-game sports betting:

In support of the lawsuit, NFL commissioner Roger Goodell filed an eight-page declaration.

“State-sponsorship of sports gambling threatens to confuse fans into believing that the NFL supports sports gambling, thereby allowing casino operators and other sports-betting operations to trade unfairly on the NFL’s goodwill and image of fairness,” wrote Goodell on July 29, 2009.  “Because of the threat that sports gambling poses to the goodwill and integrity of NFL [f]ootball, and to the fundamental bond of loyalty and devotion between fans and teams that the league seeks to maintain, the NFL has repeatedly and consistently been a leading opponent of legalized sports gambling.” 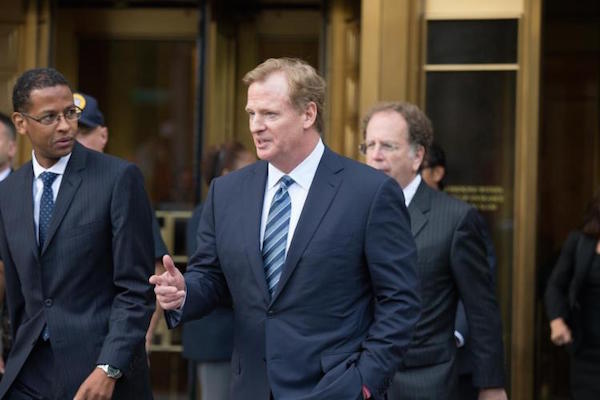 Judge Gregory M. Sleet of the United States District Court for the District of Delaware got the first crack at evaluating the case.

“[T]he court is not certain that the plaintiffs have demonstrated irreparable harm,” wrote Judge Sleet on August 10, 2009.

After describing the earlier 1977 case involving Delaware as “noteworthy,” Judge Sleet ultimately denied the five leagues’ motion for a preliminary injunction to stop the lottery.

The NBA, NCAA, NFL, NHL, and Major League Baseball filed a notice of appeal to the U.S. Court of Appeals for the Third Circuit three days before Judge Sleet issued his ruling.

And on August 13, the Third Circuit granted the leagues’ motion to expedite the case.

Things moved fast after that.

“[A]ny effort by Delaware to allow wagering on athletic contests involving sports beyond the NFL would violate PASPA,” wrote Judge Hardiman on August 31, 2009.

To do so would “engender the very ills that PASPA sought to combat,” he explained.

The Third Circuit also made an observation that could be the topic of a future Congressional hearing about sports betting.

“Congress was concerned that state-sponsored gambling carried with it a label of legitimacy that would make the activity appealing,” wrote Judge Hardiman about PASPA’s impetus.

[Also see: Delaware Hungry to Lead The Way On Expanded Sports Betting, Believes It Can]

Delaware turned to Virginia A. Seitz—the author of the 2011 Department of Justice memo regarding the scope of the Wire Act—to handle the state’s appeal of the Third Circuit decision to the U.S. Supreme Court.  The five sports leagues hired Paul Clement to file a brief opposing Delaware’s petition to the Supreme Court.  Clement would later be retained as the leagues’ counsel of record in the New Jersey sports betting case.

[Also see: The Wire Act of 1961: That Time RFK Sent JFK a Letter About Sports Betting]

“[T]he application of the plain-statement rule would not change the outcome because [PASPA’s statutory text] is unambiguous,” wrote Clement.  In contrast, he described the legislative history tethered to PASPA’s exemptions as “undeniably muddled” and “internally inconsistent.”

The Supreme Court denied Delaware’s application for review in 2010, ending the case.

With the New Jersey sports betting case reaching the Supreme Court, the 2009 Markell case will likely be relegated to footnote status in the coming years.  While the New Jersey litigation and the Markell dispute both pertained to PASPA and involved the same five sports league plaintiffs, the cases varied in two important ways.

First, the Third Circuit’s decision in Markell was not based on the Tenth Amendment or any other portion of the Constitution like the New Jersey case.  Rulings on constitutional grounds—as opposed to cases involving statutory interpretation—usually have more of a legacy.

Second, Delaware merely wanted to expand its sports betting options under PASPA’s grandfather clause that was already known to at least partially insulate the state.  That differed markedly from New Jersey, who was on the outside looking in and has argued for over five years that PASPA should be wiped away entirely as unconstitutional.

Moving forward, if the Markell case is to be looked to as precedent, it would likely stand for the proposition that certain states are frozen in time under PASPA, unable to tweak the permissible scope of the type of sports betting authorized by the state. 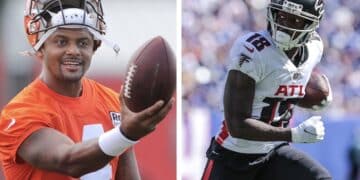