Welcome mat out for big bettors 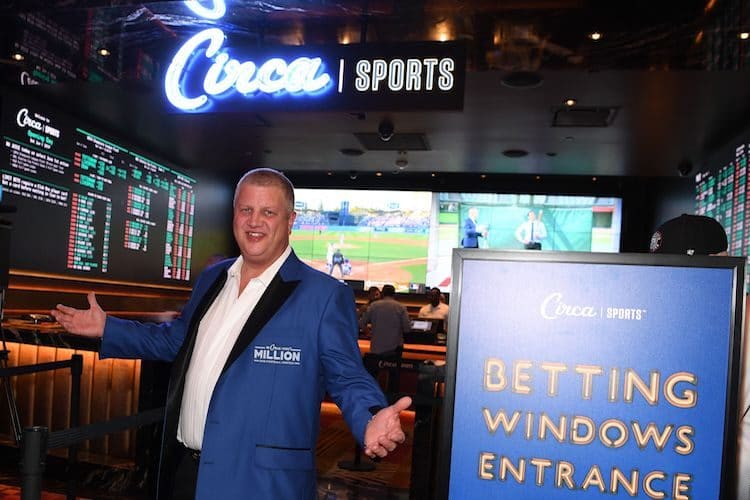 If you have any interest in sports wagering and Las Vegas you should know the name Derek Stevens. You may have heard about him as the owner of The D Las Vegas Casino & Hotel Downtown. Or, perhaps, you’ve followed a few of his over-the-top sports bets, particularly during “March Madness.” Two years ago during a live Vegas Stats and Information (VSiN) broadcast at the South Point on Selection Sunday, he bet $11,000 on a side in every NCAA Tournament basketball game, for a total $352,000.

Although he fared poorly, losing a lot more than he won, afterwards, nearly everyone in the world of sports betting knew about Derek Stevens. Confident without being brash, Stevens makes sports betting part of his Las Vegas lifestyle. Now being a bookmaker will be part of that, as well.

In the realm of betting on sports, the exceedingly outgoing Stevens, along with his sidekick Mike Palm, his vice president of operations, is continually working to solidify their position and that of the newly-minted Circa brand in the vanguard of the growing sport betting marketplace.

Sports Handle spoke to Stevens in his recently-opened Circa Sportsbook at his newly-remodeled Golden Gate Casino in Downtown Las Vegas. What kind of guy is Derek Stevens? He wanted to be interviewed in the sportsbook so he could keep on eye on his beloved Michigan Wolverines as they moved past Texas Tech in the College World Series. This day is like every other day for Stevens – he’s in action.

Betting on sports is obviously important to Stevens. So is the building of Circa, the first new from-the-ground-up hotel/casino to be built in Downtown Las Vegas in four decades. So is the health of the Downtown gaming corridor where Stevens, fellow businessmen and Las Vegas city government are taking a declining section of the city and successfully reviving it. Now, it’s an important adjunct to the more famous Las Vegas Strip. The “Old Vegas” vibe downtown is attracting more and more visitors and Stevens seeks to have sports bettors join them. Circa, slated for opening December 2020, will have 777 rooms, a rooftop deck and amphitheater, six swimming pools, extensive parking and a multi-level, stadium-style sportsbook that Stevens told the Las Vegas Sun would be the largest in Las Vegas history.

Wake up, eat, make a sports bet, sweat the game and repeat. That’s Stevens. The Michigan native is also running his family-held casino/resort business. As his associates will tell you “Oh Derek, he doesn’t sleep.”

In talking with Stevens it’s easy to get the impression that he thinks of himself as a just a regular guy, or at least a regular rabid sports fan. He’s known for personally greeting as many of his hotel guests as possible at The D, Golden Gate and soon at Circa. He’s also known for constantly interacting with his employees, too. He hangs out at his “Long Bar” at The D and greets everyone. 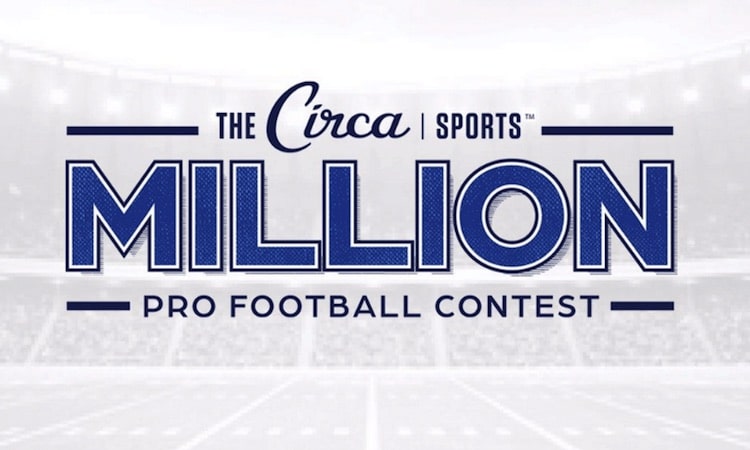 Stevens and Palm say they’ll be lots of things that will set them apart in the crowded sports betting marketplace.

“Let’s start with our contest ‘Circa Sports Million,'” Stevens says. “We think it’s special and what’s unique is it’s going to have quarterly winners. We’re not only guaranteeing a million to the winner, but we’re also guaranteeing $50,000 to the winner of each quarter of the season. We think that’s going to give a little more incentive to enter. I’ve played in lots of contests and so has Mike. Sometimes in November you fall behind and have no shot to catch back up. This will keep you in action the whole time. So we think the contest is pretty special.”

Palm adds that the $1,000 per entry “Circa Sports Million” contest, in which players make five against-the-spread NFL selections each week, is attracting extra attention because of the positive expectancy.

“I know Derek thinks we’ll get there with the 1,500 entries, but we are guaranteeing $1.5 million no matter what,” Palm says. “There’s no rake. So not only is it an interesting contest, there’s great value for the bettor.”

Circa is expected to have the largest big-screen, 125 feet, in any sports betting facility anywhere. The Circa sportsbook (at the Circa itself, not the editions at the Golden Gate Casino or the D) will follow Stevens’ mantra. Make it bigger and make it better.

Stevens is courting big-money action and is inviting any of the big boys to bet with him. His “no juice” opening at the Golden Gate cost him between $100,000 and $200,000. Palm says it was worth it because they had people flying in from all over the country to bet. “We handled almost 1 million that day. We got the word out there.” Stevens isn’t crying over the loss.

“We wanted to attract sharp action and get our name out there,” he says. “That was so far in the past (June 1) I don’t even remember it.” Like all wizened sports bettors, the guy understands how to put a loss in the rear-view mirror.

Stevens recalls his first bet wasn’t even a sports bet. It was a quarter in 1989 at the old Dunes on the Las Vegas Strip in the Sigma Derby horse racing game. That’s the now ancient mechanical monster in which metal horses travel around an oval in grooves randomly producing winners. He has one of the last working versions of the once wildly popular game in The D.

Oddly, while he’s made thousands and thousands of sports bets over the year he doesn’t remember his first one. “Although, I don’t remember exactly what it was, based on my budget at the time it was probably just for $11.00.”

Stevens’ love for sports betting comes from two things he says, “I always loved baseball and I always loved math. So, if you love those two things you always have an opinion. I love the gambling element, so that’s how it kind of just happened.”

Although acknowledging he’s facing stiff competition from well-financed and entrenched rivals, he says, “The pie is growing so much nationally there’s room for us. The growth of sports betting nationally helps us and it helps Las Vegas.”

The sportsbook at The D had been a William Hill book. But Stevens decided he wanted to run it himself as well as the one at Golden Gate and his under construction Circa mega-resort. Circa is just across Fremont Street from the Golden Gate on the west end of the Fremont Street Experience multimedia light show, currently undergoing extensive modernization. “We always wanted to run our own book when I bought the Golden Gate in 2006 and when we bought Fitzgerald’s in 2011 (now The D) but we didn’t have the volume of customers to do it.”

He continues, “Then we bought the Las Vegas Club and starting our Circa project saw what was happening on the apps and the explosion of mobile betting, it was the right time to do it ourselves. Now, running our own sportsbook makes more sense.”

Stevens says he’s going to be comfortable continuing to be a bettor (he’s not allowed to bet at his own books) and also a bookmaker. He’s not shy about saying that his betting views may be reflected in the number his books offer. He says he will have an opinion in the sports he knows like baseball, but none it the sports he’s less familiar with, like soccer or NASCAR.

“We hired a great sports book manager in Matt Metcalf and it will be his job to come up with what that right number should be,” Palm says. “We are not really injecting our opinion. It’s more about injecting what limits we should be taking. They (our book) management have a plan and we’re letting them execute it. He (Derek) has been very distinct about letting them do their job.”

Stevens was unaware that financier Carl Icahn was reportedly known for repeatedly calling his sportsbook manager, to their great dismay, when he owned the Stratosphere to give his input on what the lines on some sports should be.

Stevens was asked if he’ll be doing the same thing on NFL Sunday mornings.

“I won’t be calling (his managers),” Stevens says. “I’ll be standing right next to them.”