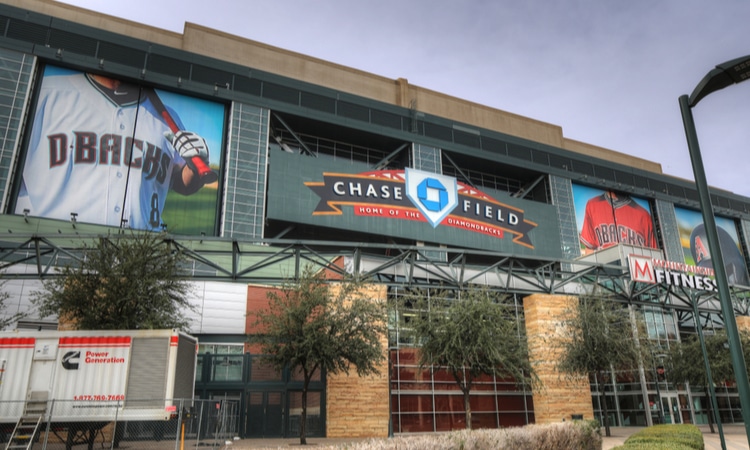 The Diamondbacks are the latest Arizona-based sports entity to team with a sports betting operator, announcing a partnership with Caesars Entertainment on Thursday that includes a retail sportsbook and bar adjacent to Chase Field with access to mobile sports wagering in the state.

The Diamondbacks are the third Major League Baseball team to partner with a sportsbook operator. The Chicago Cubs and DraftKings announced plans to build a sportsbook at Wrigley Field last September, and the Washington Nationals and BetMGM announced similar plans in January as part of a multiyear partnership. Both of those deals will also include mobile platforms.

“We went through a thorough process to identify the ideal partner that would bring experience and the strongest of reputations in legalized gaming,” said Diamondbacks President & CEO Derrick Hall in a joint statement. “Caesars is considered the cream of the crop and aligns with our philosophy when it comes to professionalism, brand presentation, and customer treatment and brings its best in class William Hill mobile sportsbook product and retail sports betting expertise. Equally important, we went through our strong due diligence to find the industry leader in the education and execution of responsible gaming.”

It is the first deal with a Major League Baseball team for Caesars Entertainment, which also finalized a deal with MLB on Thursday to become an Authorized Gaming Operator of the league. In addition to access to mobile wagering in Arizona, Caesars will receive exclusive sponsorship for sports betting and daily fantasy sports with the Diamondbacks.

“We have long enjoyed successful gaming operations in Arizona and are delighted to expand into sports betting alongside the Arizona Diamondbacks,” said Caesars CEO Tom Reeg. “Together, we have the opportunity to create new ways for baseball fans to engage with the game both in-person near the ballpark and online anywhere in Arizona. Our ability to tie those into our Caesars Rewards network will create an unbeatable experience for any sports fan.”

Finding dance partners in the desert

The #Dbacks and @CaesarsEnt are teaming up to bring mobile sports betting and a state of the art sportsbook to Downtown Phoenix! pic.twitter.com/xm0Bkq5KMW

For Caesars, the move continues a busy week in which Reeg announced during an earnings conference call Wednesday the gaming giant will internally rebrand its retail sportsbooks and mobile app to Caesars and Caesars Sports, respectively, following the recent completion of its $3.7 billion acquisition of sportsbook William Hill.

The Diamondbacks are also the third professional entity in Arizona to find a sportsbook partner. FanDuel, which reached a market-share agreement with the NBA’s Phoenix Suns last September, became the official sports betting and daily fantasy sports partner of the team last month.

DraftKings took a more unconventional route, aligning with TPC Scottsdale to plan a sportsbook at the home of the popular PGA Tour stop while gaining mobile access as part of its national deal with golf’s top league. DraftKings had a partnership in place with the PGA before Arizona’s new law passed, and the deal is the first in the nation with a PGA tour stop. The homes of the NFL’s Arizona Cardinals (State Farm Stadium), NHL’s Phoenix Coyotes (Gila River Arena), and NASCAR (Phoenix Raceway) have yet to find operator partners, and a potential seventh venue could come into play if United Soccer League club Phoenix Rising joins Major League Soccer.

BetMGM is expected to partner with The Gila River Indian Community, which has three casinos in the Phoenix area, while WynnBET and Penn National (Barstool Sports) have deals with NASCAR that could provide access via Phoenix Raceway. 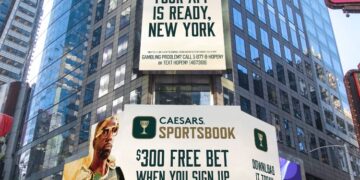 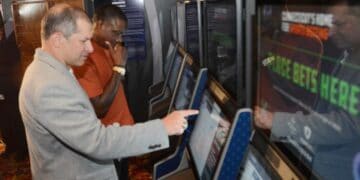