Media Notebook: Did KGO Make A Bad Bet On Sports Wagering In California?

On Tuesday, the state's voters shot down two propositions to legalize betting 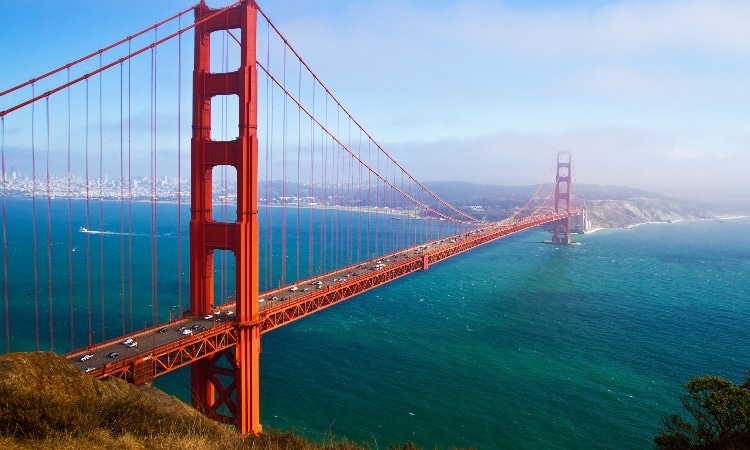 On Wednesday morning, the syndicated hosts of Audacy’s BetQL morning show were discussing wagering on the lowly Detroit Tigers to win the 2023 World Series at 50/1 and whether the underdog Seattle Seahawks were a good bet this weekend against the Tampa Bay Buccaneers.

“This feels like a sharps vs. public kind of game,” said one of the show’s hosts.

Imagine the confusion of a longtime Bay Area listener tuning in to KGO-810 to get that morning’s local traffic and weather.

After a century as one of the primary providers of local radio news talk and variety programming, last month the venerable California station changed its format to a sports betting theme. Just like that, a signal that can reach Alaska and the Rocky Mountains on a clear night was transmitting that day’s odds rather than delivering the latest political news as Californians prepared to head to the ballot box.

On Tuesday night, Californians made the station’s format change look even murkier by widely rejecting both ballot measures, Propositions 26 and 27, that would have legalized regulated sports gambling in the state.

Now the station is left building its entire existence around an activity that can only be legally carried out in neighboring states. It certainly looks like Cumulus may have made a bad bet on this one, even though the station’s new slogan is “The Bay’s Best Bet on Sports.”

Upheavals in the radio industry and a far warmer attitude among sports leagues toward betting have practically paved the way for such format changes. KGO was the top-rated radio station in the Bay Area from 1978 to 2008, according to Arbitron, but had seen its power and popularity wane in recent years. One company executive told the Los Angeles Times that another possibility was to turn the station’s format into full-time infomercials to stop the financial bleeding.

The cost of gathering and disseminating news is a lot higher than the cost of playing nationally syndicated shows touting that weekend’s games. Some frustrated listeners took to the station’s Facebook page to vent their feelings.

“Corporate greed at its finest,” one of them wrote. “There is no sense of community anymore.”

The Telecommunications Act of 1996 removed a cap of 20 AM and 20 FM stations that could be owned nationally by a single company, leading to a wave of consolidation and mergers, with massive companies like Cumulus and iHeartMedia controlling the radio scene nationally.

Since the Supreme Court shot down PASPA in 2018, most states — 36 in all, plus the District of Columbia — have legalized sports gambling. California, as we mentioned, is not one of the states riding that wave. That’s why a one-size-fits-all approach might not work out in the long run for station owners looking for easy format switches.

When it’s done properly, local sports wagering shows can be important sources of information for bettors, as well as an important avenue of fan engagement for teams and leagues.

MSG Networks in New York has, for a while now, featured sports betting-focused simulcasts focused on the Knicks, but announced last week that it’s expanding its offerings to include more Knicks games and some Rangers games. The alternative broadcasts, presented by DraftKings, air alongside the traditional game telecasts and feature real-time commentary and analysis through a sports betting lens.

MSG added 12 BetCasts for Knicks and Rangers games this season. The trend began during the last NBA season.

The alternative Knicks telecasts feature a rotating mix of sports betting experts and the station’s on-air talent, including Alex Monaco, Keiana Martin, Sean Little, Erik Coleman, Jeff Johnson, Harrison Sanford, Kazeem Famuyide, and eight-year NBA veteran John Henson. The hosts react to all the betting action on the game, from the spread to team totals, player props and more, as well as providing in-game odds updates throughout the night.

The first hockey BetCast will air on Dec. 5 at 7 p.m. ET for the Rangers’ game against St. Louis. Rangers reporter Michelle Gingras and former Rangers and Devils center and two-time Stanley Cup champion Scott Gomez will break down the game from a sports betting perspective.

Former Colts punter Pat McAfee, who hosts a popular daily NFL show on YouTube for FanDuel, complained last week about the league cracking down on his use of official graphics. He told his viewers that the show paid $4 million for the right to air NFL highlights and added what he clearly meant as a warning to the league.

“It’s been great doing business with you,” McAfee said. “I’m happy we have covered your league in the way that we have for the last few years. I’m appreciative of the league and everything it’s done. I don’t think we’ve really touched on many subjects we could’ve dabbled into and I think we’ll do that this offseason for sure. Things I know a lot about, that my friends know a lot about, like insurance and CTE (chronic traumatic encephalopathy) and concussions and everything like that. I think we can find some people to chat about and learn more about what the NFL should be held accountable for.”

McAfee raises a good point about the NFL’s obsessive need to control its property, but he undermines his credibility by pointing out all the self-censoring he’s been doing to avoid the league’s ire. Yes, the NFL should be held accountable for those things, but no, it’s not because it wants to continue profiting off its logo and highlights.