DRAFT Week 8 NFL Picks: Round by Round Analysis 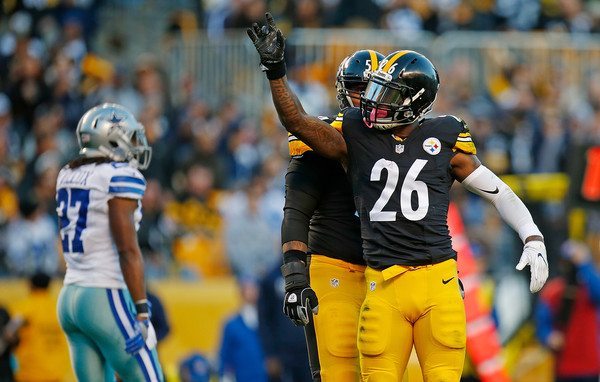 Weekly contests on Draft.com feature a new format for DFS players. Instead of a salary-based selection process, DRAFT went back to the basics and implemented a live snake draft format for players. For weekly contests, players must draft 1 QB, 2 RBs, and 2 WRs/TEs. There is only one option with more than six players (10 players), meaning only 30 players are taken off the board in the majority of contests.

This week isn’t nearly as cut-and-dry when it comes to our first-overall selection, but with that said there are still some RB1s we want to take if available. Per usual, Le’Veon Bell, Ezekiel Elliott, LeSean McCoy, and Melvin Gordon all make for outstanding first round picks this week.

Bell is the ultimate bell-cow running back in the league. He’s had 30+ rushing attempts in three of his last four games, which has led to 35+ touches in all three of those contests. He should see 30+ touches once again versus the Lions, who are allowing the 10th-most fantasy points to opposing running backs this season. 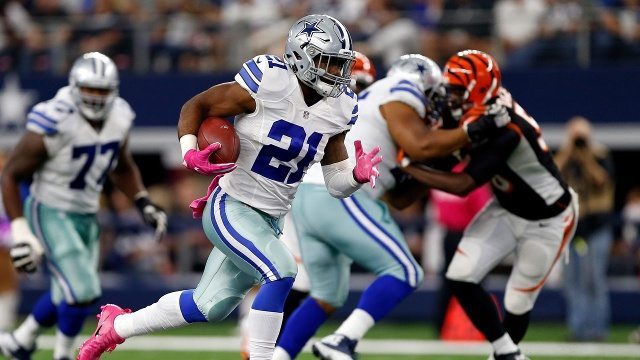 We saw a slate-breaking performance from Zeke Elliott last weekend, and his talent will be showcased this weekend one last time before his (likely) suspension. In two games against Washington last season, he posted 207 total yards and three touchdowns. The Redskins have faced the second-fewest rushing attempts of any team, but Zeke will get his touches no matter what. His talent outweighs the mediocre matchup, and he’s a solid first round pick again this week. 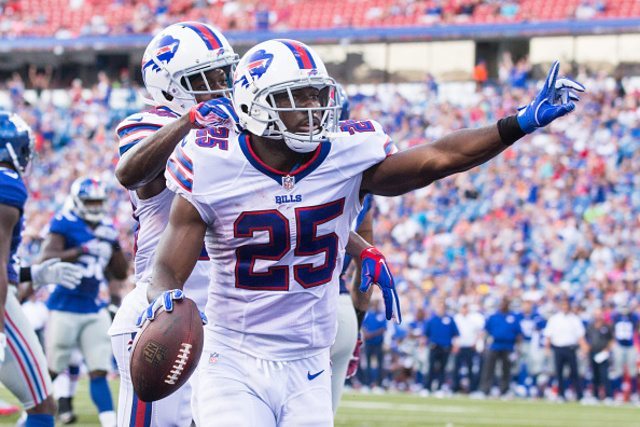 LeSean McCoy showed his upside in Week 7 as he finally scored his first two touchdowns of the season. He’ll have another great matchup against a Raiders defense allowing the eighth-most rushing yards and fourth-most receiving yards to opposing backs. McCoy is the perfect dual-threat back to expose Oakland’s defense, as he’s seen 7+ targets in five of six games this season. He’ll get plenty of work against a defense struggling against opposing backs. 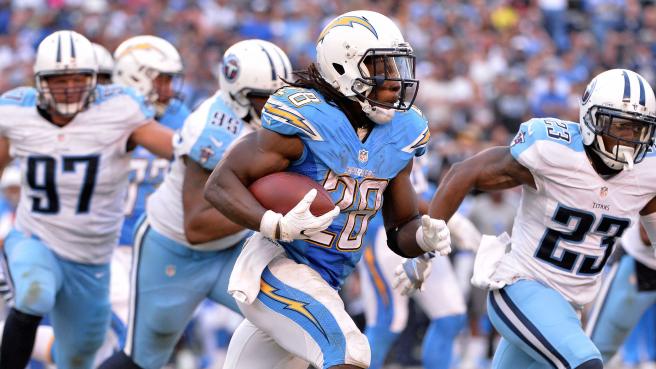 The last top-tier back I’m willing to spend a first rounder on is Melvin Gordon. I love Gordon this week thanks to his receiving ability. In three road games this season, he’s averaged 6.7 catches on 8.7 targets, racking up 50 receiving yards per game and four total TDs. He’ll now face a Patriots’ defense surrendering the second-most receptions, yards, and touchdowns to opposing backs. Add his usage as a standard running back into the fold and he makes for a stellar play. 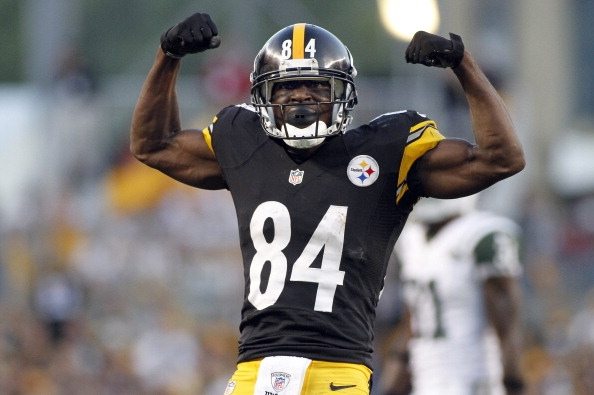 If all of the above RBs are taken, I’d use my first-round pick on Antonio Brown. Brown has the safest floor of any fantasy WR as well as a mile-high ceiling. He’s posted four 100-yard receiving games this season (no other receiver has more than two), and has finished as a WR8 or better in four consecutive weeks. His usage is rock-solid and we shouldn’t be scared off by Darius Slay in coverage, as Brown is essentially matchup-proof.

With an RB1 hopefully locked up from the first round, let’s look for a top end wide receiver in round two. My favorites this week are Julio Jones, A.J. Green, and Mike Evans. 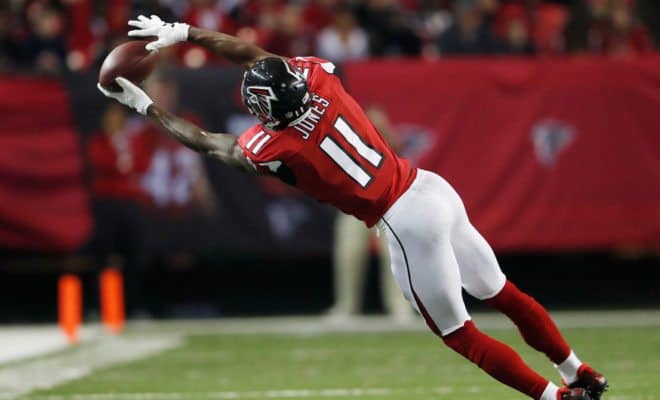 It’s rare we find any corner that can match up with Julio, and the Jets don’t possess one of those rarities. He saw a season high 13 targets in Week 7, and you have to think Steve Sarkisian tries to pepper him with looks once again. New York is surrendering the ninth-most fantasy points to opposing WRs this season, and have allowed the fifth-most receiving touchdowns in the league (8). Hopefully Julio snatching a TD in Week 7 will inspire more red zone targets, leading to another great week. 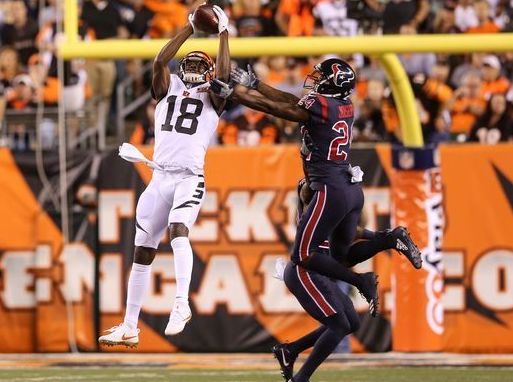 A.J. Green is my favorite WR this week. He has a home matchup with a Colts defense allowing the most receiving yards to opposing wide outs. Indy has allowed other teams to pass for 300 yards in five of seven games this season, including three in a row. I expect Andy Dalton to come out and pepper Green with targets after he only managed three catches for 41 yards in Week 7. He should destroy Indy’s weak secondary, especially now that safety Malik Hooker is out with a torn ACL. 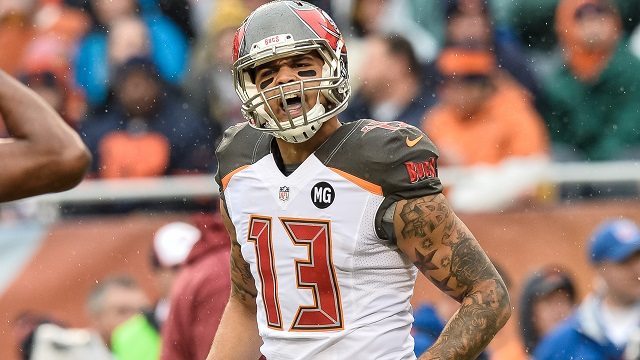 My next target in round two would be Mike Evans. He has a relatively tough matchup against the Carolina Panthers, but Evans has been a model of consistency this season. He’s seen at least eight targets in every game and hauled in at least five catches in all but one game. He leads the team with 10 red zone targets and has caught four TDs this season. I’ll trust his talent to take over against Carolina, and Winston has shown he’ll throw to him regardless of matchup.

If all of those options are gone, I’d shoot for a RB2 to lock up that position. Devonta Freeman and Mark Ingram are the next two on my list. 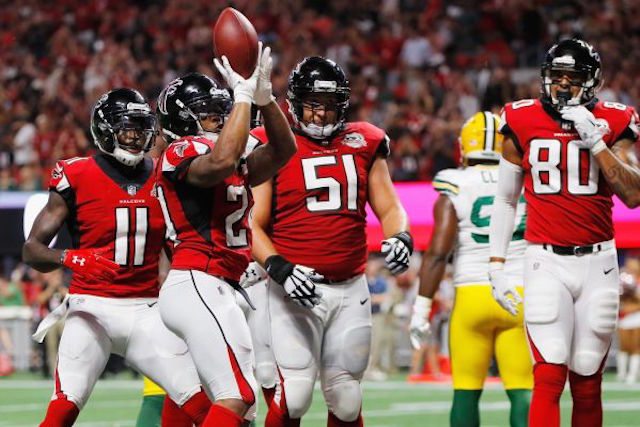 Freeman hasn’t seen the utilization we’re used to over the last two weeks (just 21 total rushes), but should get an opportunity to get back on track this Sunday. He’ll face a Jets defense that’s allowed the eighth-most fantasy points to opposing RBs. I’m going to trust Freeman’s ability against a weak rushing defense this weekend, and feel confident plugging him in as an RB2. 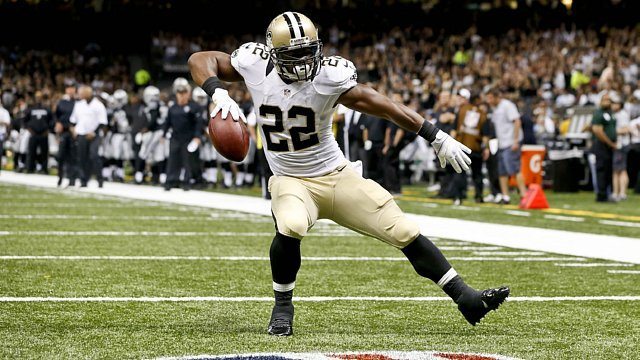 Mark Ingram has looked #Elite since they shipped away Adrian Peterson. He’s had back-to-back 100+ yard rushing games and scored three TDs in those games. Ingram has also flourished in the passing game, hauling in nine of ten targets for 41 yards. In road games this season, Chicago has allowed 110 rushing yards per game. Ingram’s ability matched with his workload should lead him to fantasy success more often than not, making him a solid RB2 candidate this week.

The last three rounds are the wackiest I’ve encountered this season. There’s a whole lot of options at WR/TE and QB worth taking a look at, and players have been going all over the place in the drafts I’ve done. Therefore, I’m going to lay out my favorite plays at WR/TE and QB and let you decide who to choose based on the flow of your draft. 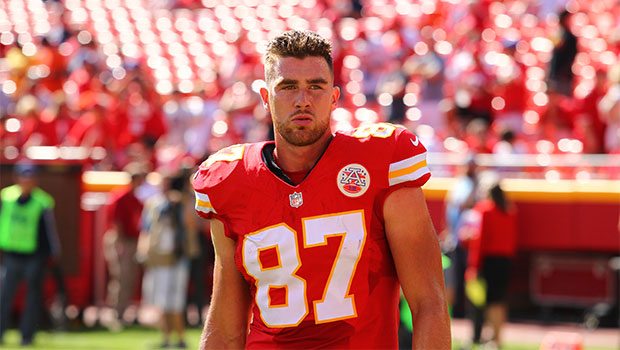 Kelce is the top guy on my list. He’s facing a Denver defense that he absolutely shredded in two matchups last season. He posted 8-101-0 and 11-160-1 lines against the division foes, with the latter coming at home. Denver is struggling against tight ends again this season, ranking 30th in DVOA and allowing the fifth-most fantasy points per game to the position. Kelce should feast once again. 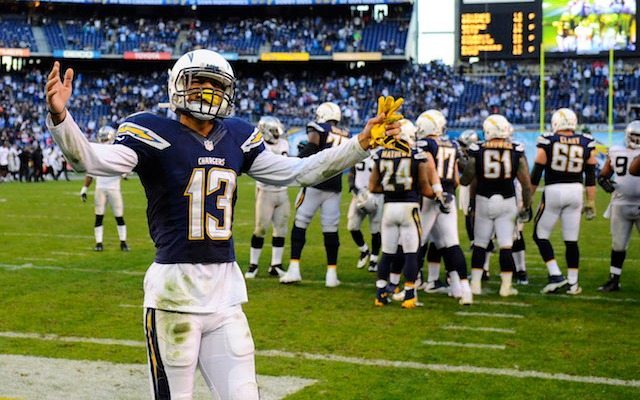 The next man up ranks third in total targets (72) and red zone targets (12), yet has just amounted to the WR15 status this season. Keenan Allen will look to capitalize a little more on his opportunities in New England this weekend. The Patriots are allowing the fourth-most points to opposing WRs while surrendering the second-most catches and receiving yards to the position. Look for Allen to remain as the focal point of the offense and to have success against New England come Sunday. 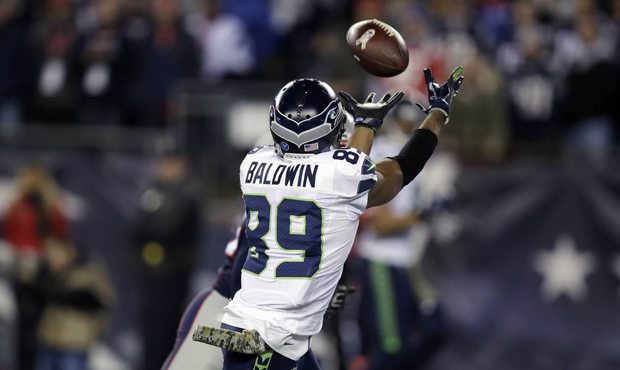 Doug Baldwin finds himself next. In a tough matchup against the Giants last week, Baldwin posted a 9-92-1 line. He’ll have another difficult matchup against the Texans, but both Russell Wilson and Baldwin have excelled at home in past seasons. In 2016, Baldwin averaged 93.9 yards and 0.5 TDs at home opposed to 47.1 yards and 0.3 TDs on the road. He remains the top option in the offense and should see plenty of work against Houston. 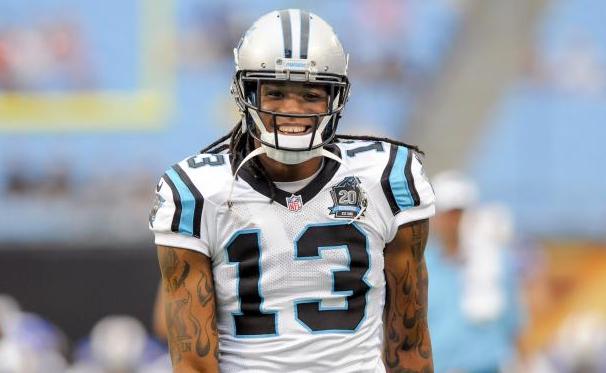 Lastly, I want to get some exposure to Carolina’s passing attack against the Buccaneers. Kelvin Benjamin is my favorite option for them, as he’s seen 19 targets over the past two weeks. Tampa has surrendered the second-most fantasy points per game to opposing receivers this season, and Benjamin offers us a great floor with upside against this D. He’s reached 60+ yards or a receiving touchdown in five of his last six games. I’m confident he’ll reach that level again this week, making him a solid WR option.

With only quarterbacks left to discuss, let’s get into the signal callers I like most this weekend.

There are a plethora of options I can get behind, you really can’t go wrong. Instead of diving deep into miniscule differences, I’ll list my favorites.

With so many players in the middle tier this week, your draft can go a number of ways. Good luck with your decision making and I hope you have an easier time deciding than me! 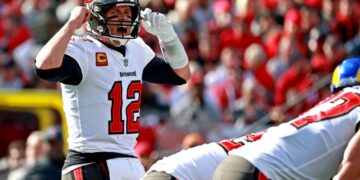 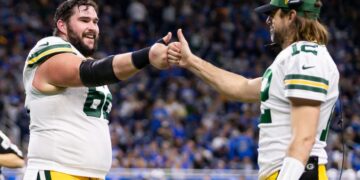