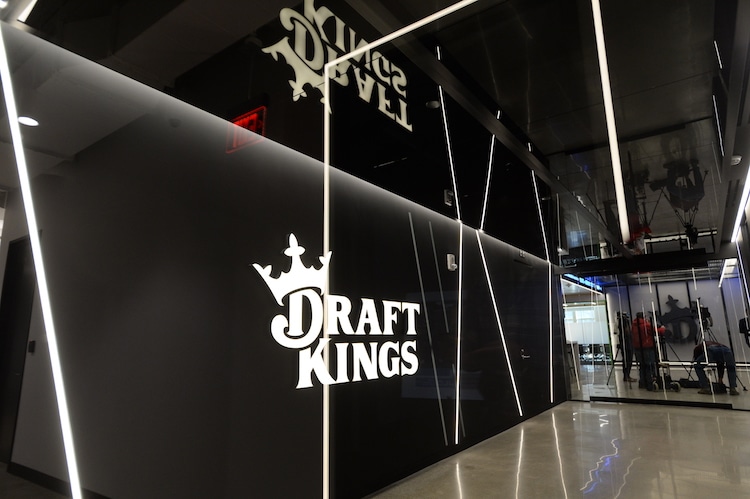 Bolstered by a unique sports calendar with overlapping seasons for all four major U.S. sports, DraftKings experienced a surge in user engagement over the previous three months, according to the company’s preliminary financial results for the third quarter of 2020.

For the three-month period ended Sept. 30, DraftKings expects a metric that tracks the company’s monthly unique payers (MUPs) to increase 64% year-over-year to 1.02 million. At the same time, DraftKings anticipates that its online sports betting handle soared 460% from the third quarter of 2019, as the NBA and NHL staged their respective postseasons in September for the first time on record due to the COVID-19 pandemic. The unprecedented nature of the sports calendar impacted the overall handle in a manner that may not be representative of the company’s financial performance in normal periods, DraftKings noted in a filing with the U.S. Securities and Exchange Commission (SEC released on Monday).

For the third quarter, DraftKings expects to report unaudited revenue of between $131 million and $133 million on a U.S. GAAP basis, an increase of 41% from the company’s pro forma revenue in the same quarter a year ago. The three-month period represents DraftKings’ first full quarter since the company went public in April.

Before the COVID-19 pandemic spread to the U.S., DraftKings projected 2020 revenue of $540 million.

Tune into a game from your living room in the Las Vegas Valley and there is a good chance that you will see an ad from DraftKings during a commercial break. Much like its DFS-turned-sportsbook rival FanDuel, DraftKings has yet to secure a sports betting license in Nevada. The increased commercial time is reflective of DraftKings’ national advertising strategy, which the company has ramped up in recent months since its public debut.

As DraftKings expands into new states, the company expects to save a bundle on marketing costs by advertising on a national basis, rather than a local one. During an exclusive interview with Sports Handle in January, DraftKings CEO Jason Robins explained that when a company runs an ad in a local market, the cost per impression can run anywhere to “2.5 to 3.0 times” the rate it pays for a national ad. When the legal sports betting market was in its infancy, it made sense for DraftKings to run targeted ads in local markets such as Atlantic City and Morgantown, W. Va. But now as DraftKings is live in nearly a dozen states, the company is able to scale-up its marketing efforts by advertising on ESPN’s SportsCenter and a number of top sporting events.

P.S. Investors, hold ain't guaranteed to anybody. This stuff is hard you gotta work for it. And even when you're crushing it's a bumpy ride. https://t.co/hVjbiweePP

Nevertheless, DraftKings believes it spent anywhere between $200 million and $210 million on the quarter in sales and marketing expenses. During a normal business period, top companies like DraftKings must weigh the causality dilemma in determining whether the chicken comes before the egg (i.e. if demand is high enough to justify a costly advertising budget) when devising a marketing strategy. But in this unusual period for sports, the appetite for live events wound up being so high that the order flipped with bettor demand driving increased marketing. Hence, the record increase in customer engagement through the surge in MUPs.

With more than 1 million customers placing bets over the period, DraftKings’ figures are in line with industry trends.

“It is more of a result in the pent-up demand in engagement when sports returned,” a source close to DraftKings, with direct knowledge of the company’s strategy, told Sports Handle.

Also on Monday, DraftKings announced that it has commenced an underwritten public offering of 32 million shares of its Class A common stock — consisting of 16 million shares being offered by DraftKings and 16 million shares being offered by certain selling stockholders of DraftKings. At a proposed maximum offering price of $56.12 per share, the company intends to raise about $1.03 billion through the offering. As of Tuesday at Noon ET, DraftKings traded at $58.57 per share down from its closing price of $63.78 on Oct. 2, prior to the announcement of the offering.

DraftKings intends to use the proceeds for general corporate purposes, the company said in the SEC filing. DraftKings may use a portion of the proceeds for further state expansion or pursue an M&A opportunity, though it has not currently identified an acquisition target. The company could also capitalize on opportunities for strong organic growth due to the unique sports calendar.

Within the S-1 filing, a group of funds comprised of shares held by New England Patriots owner Robert Kraft and his sons, Jonathan and Daniel, disclosed that it plans to sell 285,704 shares of Class A common stock, or approximately 10% of their holdings in DraftKings. Revolution Growth III LP, a closed private equity fund founded in 2016, also intends to sell about 1.9 million shares, representing about 27% of their DraftKings’ holdings. Monumental Sports & CEO Ted Leonsis, the owner of the Washington Wizards and Washington Capitals, is a co-founder and partner of Revolution Growth, a Washington D.C. based venture capital firm.

SBTech founder Shalom Meckenzie, meanwhile,  plans to sell 8.54 million shares, representing about 27.8% of his DraftKings’ holdings. Meckenzie, DraftKings’ largest shareholder, will still own more than 6% of the company following the sale. Last December, DraftKings signaled its first formal steps to go public when it announced a definitive business combination agreement with Diamond Eagle Acquisition Corp. and SBTech that valued the new company at approximately $3.3 billion.

As of Tuesday afternoon, DraftKings’ market capitalization eclipsed $20.5 billion. With a meteoric rise, some analysts believe that DraftKings resembles so-called SaaS (software as a service) stocks based on its earnings multiple and high-growth potential.

Yet, DraftKings still considers itself as an emerging growth company, according to the S-1 filing. It is unlikely that DraftKings will adjust the designation until the company has annual revenue of at least $1.07 billion or before the last day of the fiscal year following the fifth anniversary of the closing of the company’s IPO, according to the filing.

The latter brings the company to December 2025, when the total addressable market for legal sports betting in the U.S. could top $10 billion annually, by some estimates.