DraftKings’ Play For Connecticut Sports Betting Good for DraftKings, But Not Necessarily You

Politics are ugly, and business is business 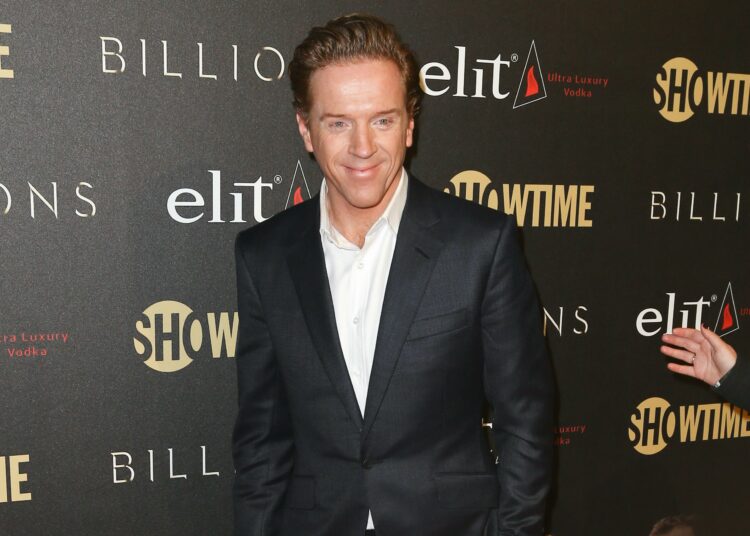 On its mission to gain access to as many states as possible, at the expense of most other things, DraftKings on Monday announced a sports betting partnership with the Mashantucket Pequot Tribal Nation in Connecticut to offer online sports betting in the state — pending state legalization and approvals.

The move makes a lot of sense for the DFS operator-turned-bookmaker, but what’s good for DraftKings here does not quite serve the best interests of those looking to bet on sports legally in Connecticut.

It is also unclear how well this deal serves the Mashantucket Pequot Tribal Nation, which owns and operates the Foxwoods Casino Resort in Mashantucket. This DraftKings-Foxwoods pact is probably an unwelcome development for Gov. Ned Lamont, who favors legalization — but not in a model where the federally recognized Mashantucket Pequot and Mohegan tribes have exclusivity over sports betting in the state.

DraftKings actually agrees with Lamont’s preference  — at least in Ohio, in spirit, and in other states where DraftKings is not yet licensed to offer its sportsbook. The company, alongside FanDuel, said in written testimony in November before an Ohio Senate subcommittee:

Healthy competition amongst the best products is the strongest driver of a thriving sports betting market. Operators that strive to offer consumers more choice, variety, and better pricing across their products keep users engaged. We believe that our products offer a great user experience, but we also recognize that multiple operators offering an array of products and promotions grow the overall market.

The unspoken caveat is that DraftKings favors “healthy competition” and “more choice” when it is still on the outside looking in. Before locking arms with Foxwoods, DraftKings did not really stand anywhere in Connecticut.

Still, after legalization discussions spanning three years and three sessions from 2018 to 2020, while 25 states legalized sports wagering in some form, Connecticut stakeholders remain where they started: at an impasse.

For three years, the discussion around who should have the right to offer sports betting (and online casino gaming or iGaming) in Connecticut has been a high-stakes and contentious game.

The Mashantucket Pequot and Mohegan tribes in the early ’90s executed compacts with the state, giving them exclusive rights to offer “casino games” in Connecticut, which they posit includes sports betting, and more broadly “all future casino gaming” including iGaming.

How does Connecticut, as well as the federal government under the Indiana Gaming Regulatory Act of 1988, classify sports betting? Not clearly, or with much consistency, across various U.S. jurisdictions.

Take this from a March 2020 House committee hearing that included state Rep. Joe Verrengia, a vocal proponent for an open market that would allow sportsbook competition from the tribes, the Connecticut lottery, and commercial operators including in-state OTBs. Per the Hartford Courant:

Minutes later, Verrengia and Mashantucket Pequot chairman Rodney Butler bantered over the tribes’ compact with the state, which grants the tribes exclusive operation of all “casino games.” Verrengia, who has said he wants greater competition in a potential sports-betting market, suggested it was a matter of opinion whether sports betting counts as a “casino game,” while Butler asserted that it unequivocally does. Butler said the tribes will cease payments to the state if they view the state as having violated the compact, likely leading to litigation.

In 2019 alone, those payments Butler referenced totaled $255 million, representing 25% of the gross gaming revenue generated by slot machines at both Foxwoods and Mohegan Sun. That is quite a bit of leverage.

However, the total annual payments have fallen precipitously over the past decade-plus, down from a high of $430 million in 2007. By comparison, the Connecticut Lottery’s contribution to the state’s general fund in 2019 was $370 million. Competition for entertainment dollars from new casinos elsewhere in the region has played a role in the decline.

Gov. Lamont wants to avoid litigation with the tribes and in-state OTB owner-operator Sportech, as well as MGM International, which is already locked up in federal litigation over a Connecticut-based casino. MGM’s dispute with the Department of the Interior concerns the construction of a joint tribal venture casino in East Windsor, which would compete with MGM Springfield in Massachusetts.

Whether Lamont and other state officials are seriously contemplating a future without $255 million annually in exclusivity payments is anyone’s guess. Here’s how Mashantucket Pequot Gaming Commission Chairman George Henningsen framed the quandary, and projected sports betting revenue, in an op-ed in The Day:

Money and odds are integral to gaming. Legislation that wagers $250 million for the chance to “win” $13 million to $15 million and guaranteeing tribal litigation defies logic. It’s made all the more puzzling when supported by an administration that is cowed into inaction by the mere “threat” of litigation by unnamed parties.

According to Monday’s DraftKings and Mashantucket Pequot statement, sports betting and online gaming are projected to generate $175 million in new revenue for the state over five years.

As New Jersey, Pennsylvania, soon Michigan, and anyone who has ever sat down at a slot machine knows, the real casino moneymaker is slot machines, and to a lesser extent table games, whether in the flesh or digitally. It’s not sports betting, a low-margin game for the house often viewed as a mere amenity.

If both the state and tribes moved away from the compacts, is it possible that a fully commercial market for iGaming, sports betting, and unbuilt land-based casinos could produce as much or more for the state as the market is currently constituted? Perhaps, but only the lawyers would get rich in the interim as litigation and injunctions swallow progress.

All sides probably want to avoid this game of chicken, DraftKings included, after potentially completing a game of New England tic-tac-toe.

DraftKings focused on locking up its home base in New England

A foothold in Connecticut is almost certainly worth more to DraftKings than any other group aspiring to be the most popular sportsbook in the U.S.  Its headquarters are in Boston. It already agreed to pay New Hampshire and its lottery for the right to operate as the state’s exclusive sportsbook, despite state lawmakers there giving regulators the option to license multiple competing books. And DraftKings is already live (and crushing it) in Pennsylvania and New Jersey, and at some point will do so in New York.

Taken together, securing a spot in Connecticut’s possible duopoly (alongside a Mohegan-backed sportsbook, possibly Unibet, also powered by supplier Kambi) allows DraftKings to surround Massachusetts on nearly all sides (Rhode Island and the inactive Vermont excluded) for continuity, and to plug any leaks in both New England and the New York tri-state area.

This will be especially important on the advertising front. DraftKings will be able to get more value from its above-the-line advertising across networks like the Red Sox and Bruins-owned New England Sports Network (NESN), which airs throughout the six-state New England region. Same goes for DraftKings’ efforts on sports radio stations such as ESPN New York and WFAN that boast listeners across New York, New Jersey, and Connecticut.

And speaking of Connecticut, while the state is middling as far as population (29th in the U.S. with 3.6 million), the average household income consistently ranks among the top five in the U.S. The Nutmeg State has the third highest concentration of millionaires after Maryland and New Jersey.

Meaning, 3.6 million people in Connecticut will wager multiples of the 3.2 million in Iowa. And DraftKings will find significantly more VIP “whale” bettors in Connecticut — bettors who will not have to consider using a proxy, either. There is no need to stop at the Mystic Seaport when the whales are already on board and you can zip them up to Boston for a Red Sox game and VIP experience.

Ultimately, DraftKings made a calculation based partly on the political situation and shot its shot; the company was unwilling to risk missing a piece of Connecticut, whether it becomes a duopoly with Foxwoods and Mohegan, or a multiple-player commercial market including the state lottery and OTB-tied sportsbooks.

The map will certainly look much nicer to DKNG shareholders with Connecticut highlighted.

A duopoly is not a done deal of course, but DraftKings brings to Foxwoods a formidable lobbying arm and, by extension, an added amount of in-state political capital tied to Bristol-headquartered ESPN, one of the state’s largest employers. You may recall in September that DraftKings became a “co-exclusive” link integration sports betting partner of the Worldwide Leader In Sports alongside William Hill (Caesars Entertainment).

Foxwoods probably could make more money from sports betting going it alone, but it would then bear the costs of advertising and marketing in addition to doing the actual bookmaking. Apparently it was sold on DraftKings’ revenue share offer, probably also a large up-front payment, and its willingness to spend a lot on marketing. Plus the DFS giant brings Foxwoods a younger and male demographic to possibly attract into its casino-hotel, where patrons skew older.

It is somewhat ironic that Foxwoods is taking its claim to exclusivity and nearly 30-year history in the state and then passing the opportunity to another brand to make the money and grow its base. But based on the announced deal points, Foxwoods can still use its own brand for iGaming, if and when that becomes legal as well.

The torchbearer for the legislative effort favoring the tribes is Sen. Cathy Osten. She represents the 19th District, home to Foxwoods and Mohegan, and has gained bipartisan support for SB 21, “An Act Concerning Jobs In and Revenue From the Gaming Industry.” But there remains opposition in the House, where the Judiciary Committee previously voted in favor of a bill that would not grant the tribes exclusivity.

At this point, after Connecticut stakeholders have debated the same points for three years and made no progress, where do the folks who will eventually make millions in wagers stand? I imagine the majority of recreational and semi-recreational bettors would be happy to have DraftKings open up shop even if it’s as just one of two options. They are growing impatient for a legal betting platform.

Meanwhile, bigger, sharper, and more well-financed bettors, if limited to just DraftKings and a Mohegan Sun sportsbook, may be attracted to a wider breadth of choices that will eventually become available in New York and Massachusetts. There’s also the status quo — the same old bookie, or the same guy in Las Vegas.

I imagine that DraftKings’ sometimes-lobbying partner FanDuel, as well as William Hill and certainly BetMGM, are not thrilled — but also unsurprised — DraftKings is putting itself before its flexible commitment to open market competition. In Connecticut those other competitors will stand alongside the governor and the lottery, which now stand in opposition to DraftKings, which supports Foxwoods’ claim to sports betting exclusivity.

As billionaire Bobby Axelrod of the Westport-based Axe Capital said, “Nobody leaves a negotiation happy.”