DraftKings Wears Handle Crown In Illinois, But Can It Grow Further? 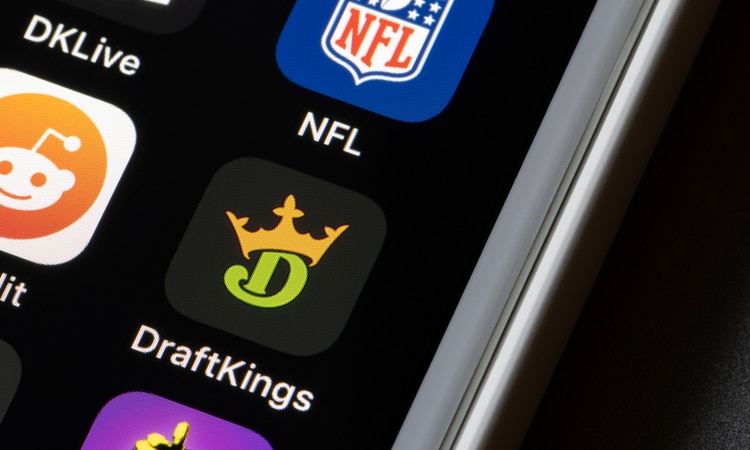 Much like a sleek sports car that needed to rev its engine before firing on all cylinders, DraftKings has smoothly accelerated to being the top online sportsbook in Illinois after playing catch-up from the starting line.

With the Illinois Gaming Board’s release of its March numbers Monday, the Boston-based sports betting titan has cleared $1.25 billion in online handle since accepting its first wagers last August. It has not particularly lapped the field — archrival FanDuel will clear $1 billion come April and BetRivers could do likewise with a strong month — but given the more than two months’ head start the latter had in Illinois, DraftKings has done quite well to lead in that category.

Now comes the challenge of sustaining that momentum. It will not be easy as the Executive Order Gov. JB Pritzker signed to suspend the in-person registration provision of the Sports Wagering Act and allow remote signups — which gave all mobile operators a vital lifeline last year and into 2021 to grow the industry — has come and gone.

That means prospective bettors who want DraftKings on their smartphone or computer must make their way
to Casino Queen in East St. Louis along the Illinois-Missouri border, something people who live nearly five hours away in Chicago simply cannot do on a whim. The arrival of Barstool Sports means a fresh face in a highly competitive market that finished less than $8 million shy of overtaking Nevada for second in handle in March.

During a conference call to discuss first-quarter earnings Friday prior to the IGB’s report, DraftKings co-founder and CEO Jason Robins expressed cautious optimism while also perhaps tamping down expectations going forward as his company looks to maintain its crown in Illinois.

The $644.2 million in wagers by Illinois bettors via DraftKings in the first three months of 2021 represented the highest handle of any state with legalized sports betting where the mobile sportsbook operates. It has also garnered at least one-third of the state’s market share of online handle in every full month of operation, reaching a high point of 42.34% in January with nearly $244 million bet.

Robins noted Pritzker’s Executive Order and repeated renewals throughout the first quarter helped contribute to DraftKings being able to “exceed our expectation” for revenue. DraftKings generated $38.2 million of revenue via sports betting in Illinois in the first three months, exceeding the $32.9 million in all of 2020 after launching in early August. Overall, DraftKings reported $312 million in revenue for the first quarter, a 175% increase year-over-year.

Flush numbers aside, Robins warned Pritzker’s decision to let Executive Order 2020-41 lapse could result in limited growth for the second quarter in Illinois and perhaps beyond if there is no movement in the state legislature toward removing the in-person registration provision of the Sports Wagering Act the governor signed into law in June 2019.

“…While we think we’re continuing to be really well-positioned there in terms of market share, I don’t expect the overall market to grow as substantially as it could have otherwise, you know, absence of new legislation or a renewal of that executive order,” Robins said. “So that’s another example of something that we know won’t continue through the rest of the year and that’s feeling a little bit how much Q1 will be as a percentage of the overall year. And then just in general, you know, when you have a great quarter like that, we think it’s prudent not to assume every single quarter will be a blowout.”

Robins’ comments did not take into account the IGB report, which included Barstool Sportsbook’s first month of operation in the Prairie State. The Penn National Gaming outfit acquitted itself well in its first three weeks with nearly $46.9 million of wagers accepted, a key reason DraftKings’ market share dipped from 40.14% in February to 33.47% in March despite its handle improving 1.6% to nearly $202 million month over month.

Barstool and PointsBet, which generated $52.9 million in handle for its second-best month in Illinois, also have the advantage of being able to draw from the Chicagoland area for in-person registration. Barstool’s tether is Hollywood Aurora, located in the second-largest city in the state and less than an hour’s drive from Chicago, while Australian-based PointsBet has bracketed the city to the north and south with off-track retail sports betting locations in addition to Hawthorne Race Course just south of Chicago.

Then there is social media and advertising. While every sportsbook has a social media presence, none wield it as powerfully as Barstool through founder Dave Portnoy, giving the newcomer a rebel-like feel as it tries to make further inroads in Illinois. That said, it is still easier to work from the high ground like DraftKings currently can — and with a substantial advertising budget to boot.

Without mobile registration in Illinois, Robins said his “suspicion would be that market shares sort of stabilized until that returns and hopefully when it returns if it returns.

“It’s obviously disappointing that we won’t be able to take mobile registrants or at least for some time. But I think if we, you know, if that were to be the case as it is then, I think, we couldn’t be in a stronger position and feel very good about where we are from a market share standpoint in that state.”