DraftKings Sportsbook To Go Live In New Hampshire On Dec. 30

Granite State will have mobile sports betting ahead of schedule 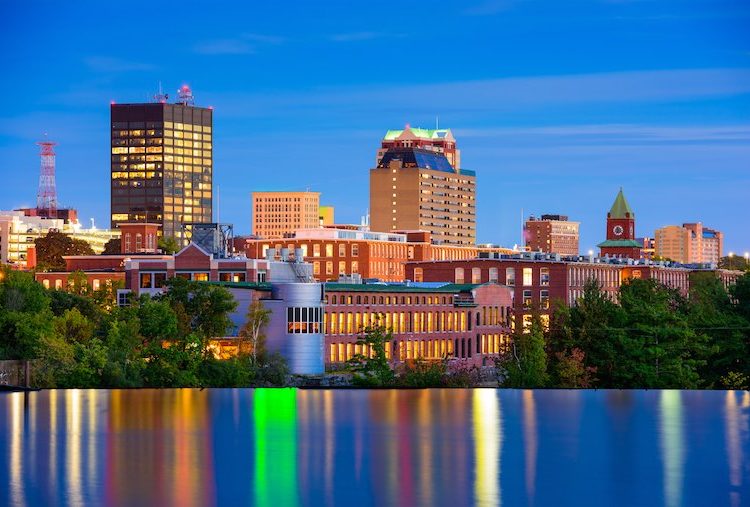 It’s been a busy Monday at DraftKings, which according to the Union Leader will launch live mobile sports betting in New Hampshire on Dec. 30. The company also announced Monday a merger with SBTech and Diamond Eagle Acquisition Corp., which will take the company public on the Nasdaq where Diamond Eagle is currently listed as DEAC but will establish a new ticker symbol.

With regard to sports betting, when DraftKings launches its online/mobile book, it will be second New England state to have done so behind Rhode Island which went live with mobile earlier this year. DraftKings locked up a monopoly on sports betting in New Hampshire, after the lottery opened a Request for Proposal, but selected only DraftKings and Intralot, which will run the lottery product, out of 13 proposals for potential retail, mobile and lottery operations. The new state law allows for up to 10 retail sportsbooks and five mobile apps.

“DraftKings will be launching our digital sportsbook at some point during the day on Dec. 30,” DraftKings co-founder Matt Kalish told the New Hampshire Union Leader. Kalish is originally from New Hampshire.

DraftKings will launch ahead of NFL playoffs

The launch is in advance of the first round of the NFL playoffs beginning on Jan. 4, and is earlier than the lottery had been projecting. New Hampshire and DraftKings are likely trying to capture as much of the market as possible for bets on the New England Patriots in the playoffs. The state should see ample traffic from neighboring Massachusetts, as the closest point at the border to Boston is about 30 miles, and the state also shares borders with Maine and Vermont. New England has a sports-centric culture and all of the states ardently support the three Boston-based teams — the MLB Red Sox, NBA Celtics and NHL Bruins — as well as the Patriots.

According to Kalish in the Union Leader, remote registration for the DraftKings mobile launch should take “under two minutes,” and the company will offer multiple promotions at launch. DraftKings will beat the New Hampshire Lottery to launch.

“I think the main point — and I try to make sure this is clear every time we launch — is DraftKings will be the first legal, regulated, safe-to-play sports betting option for consumers in New Hampshire,” Kalish told the Union Leader.

DraftKings secured a contract with the New Hampshire Lottery after promising to give 51 percent of gross gaming revenue to the state if it is the sole commercial operator. The company got its wish in November when the state’s Executive Council voted to approve its contract with the Lottery.

Under the new law, bettors will be able to wager on professional and college sports, but not New Hampshire college teams or college events that take place in the state.

DraftKings will also operate retail sportsbooks throughout New England. So far, six cities and towns, including the biggest city in the state, Manchester, have approved having sportsbooks within their borders. Voters in Nashua, the city closest to the New Hampshire border, and Concord, the state capitol, declined to approve sports betting. According to the Union Leader report, DraftKings doesn’t have a set date for its retail launch, but is planning on the first half of 2020.