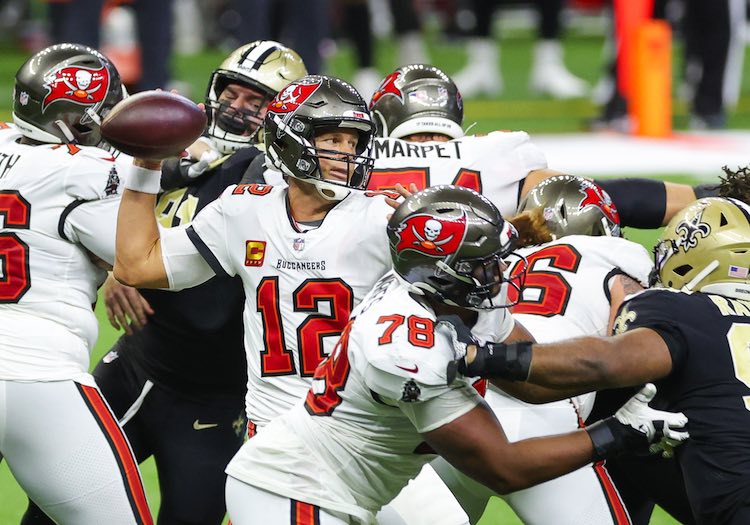 If there was any question about pent-up sports betting demand or how sports bettors would feel about football during the pandemic era, those questions were answered with cold, hard cash over the the opening weekend of the 2020 NFL season.

“The Bucs-Saints was the biggest game of the weekend, and it exceeded expectations,” DraftKings Head of Sportsbook Johnny Avello told Sports Handle. “It was the best handle we’ve ever had on an NFL Sunday, and the weekend was comparable to a Super Bowl.

“I anticipated it was going to be a blockbuster weekend overall with college football and the pros. College doesn’t have the full slate of games we are accustomed to, but what we did have, they bet on.”

DraftKings doesn’t release hard numbers for handle, but suffice to say the company is anticipating a strong football season despite COVID-19 restrictions and the new normal in the U.S. On Wednesday, sportsbooks got some more good news — the college football schedule will expand in late October after the Big Ten walked back on its postponement. The conference will play its first games on Oct. 23, leaving only one Power-5 conference, the Pac-12, to stick with its plan to postpone  — for now.

The opening weekend of the NFL was chock-full of marquee matchups, including Cowboys-Rams, Packers-Vikings, and the aforementioned Bucs-Saints. Interest and intrigue was buoyed by Cam Newton’s stellar Patriots debut and Tom Brady’s less impressive Bucs debut. Despite Brady’s two-interception debacle, Avello could see the Bucs — as well as the Seahawks and even the new Las Vegas Raiders — begin to garner larger national followings.

“I think the Raiders have a following and it’s a semi-national following,” Avello said. “That following could grow, as we’ve watched the stadium get built, this Monday night with the opening against the Saints coming in, if people could have come to it, it would have been over the top.

“The Seahawks have been getting a little more of a national following, people like what’s going on there, and the Cardinals, that’s a team I think people like the quarterback there. And the last team I might say that is moving in that area could be Tampa Bay because of Tom Brady, if Brady does well. But I rescind this comment if Tom Brady doesn’t perform.”

Tom Brady is the first QB to have three straight games with a pick-six since Matt Schaub and Blaine Gabbert in 2013.

The four-time Super Bowl MVP will get a shot to redeem himself in his first season with Tampa Bay on Sunday when it plays the Carolina Panthers … from where Newton hailed before taking Brady’s spot in New England.

Interestingly, during the first weekend, DraftKings noted that the home team was not the favorite in many states — the Colts were the No. 1 play in New Jersey, Washington was No. 1 in New Hampshire, Buffalo in Iowa, and Kansas City in Colorado. That Kansas City was the most bet on team in Colorado may be surprising to some: The Chiefs are the reigning Super Bowl champions, but they have a bitter rivalry with their AFC West brethren from Denver, and Broncos fans are generally die-hard.

Regardless of which teams are getting the most attention, Avello pointed to some nationwide trends after the first full weekend of football. He said that besides betting on game outcomes, the most popular bet of the weekend was “Who will score the first touchdown?”

Among the players who netted bettors the best payouts were Mark Andrews (+900), Zach Ertz (+1050), Malcolm Brown (+1050), Cam Newton (+1600), and Tom Brady (+6000). (Both Newton and Brady cashed as they netted rushing touchdowns; sportsbooks score first-touchdown props on offense to the rusher or receiver.)

Surprise, surprise it's a Lamar Jackson to Mark Andrews pass to the back of the end zone. Andrews with a gorgeous one-handed grab up high.pic.twitter.com/kAjG3aNmwp

“The NBA has been one of our biggest offerings this year, and in prior years, basketball handles a lot of money on in-game wagering,” he said. “Hockey isn’t too bad, but most don’t compare to the NBA.”

Limited college slate not a problem

But back to football. The smaller college football schedule hasn’t been an issue, at least not for DraftKings. Avello makes a good point — if there are 50 college football games on a single Saturday, fans can’t possibly watch or bet all 50. So while the Big Ten and Pac-12 are currently absent from the schedule, there are still plenty of options.

“When you take the whole slate, people can’t bet on all of them,” Avello said. “So, you take a condensed slate, and people are going to bet on that. … There are some high-quality games in there … and people do watch those high-profile games and bet on those.”

DraftKings is now available online/mobile in eight states, and it’s teed up to go live in Tennessee and Michigan, likely before the end of the year. Like rival FanDuel, the goal is to enter as many states as possible (and preferably get there first), and, according to Avello, to offer the biggest betting menu and best promotions it can.

To that end, last weekend DraftKings spent $20 million offering users a chance to take the Chiefs getting 101 points. The max bet was $50 — it was all but a sure thing, and a way, Avello said, to reward loyal customers and draw in new ones.