What’s been long speculated is now confirmed: Daily fantasy sports frontrunner DraftKings is seeking to enter the legal sports betting business. In a press release on Monday, the Boston-headquartered company announced the hiring of Sean Hurley as its “head of sportsbook” to “build, launch and drive the sports betting vertical at DraftKings.”

This comes at a time when the daily fantasy industry is flagging and DraftKings has yet to become profitable. At a conference in November, CEO Jason Robins said the company would weigh options if legal sports wagering comes to the United States. That’s yet to occur but as evidenced by the hire and announcement, the company is not going to wait and see before building and preparing.

“Sean brings a wealth of gaming experience to DraftKings and furthers our ability to be a leader in the sports betting market,” said co-founder and Chief Revenue Officer Matt Kalish.

In Advance of Supreme Court Ruling, DraftKings to Prepare Sports Betting Vertical, Hires Sportsbook Director, But What’s the Road Ahead?

As with dozens of other companies large and small eyeing a legal sports betting market in the U.S., the path forward for DraftKings depends on the outcome of Murphy v NCAA, aka the Supreme Court Sports Betting Case. The case will decide the constitutionality of the Professional and Amateur Sports Protection Act (PASPA), which in 1992 effectively banned sports wagering outside Nevada. A decision is coming as soon as March 5 and many observers believe that the court will side with petitioner New Jersey, and strike the law, opening the door for a dozen-plus states to begin offering sports betting.

“[Hurley] will focus on preparing sportsbook as a potential new line of business for DraftKings in anticipation of the pending Supreme Court decision” the statement reads.

In the event that New Jersey prevails, a potential major problem for DraftKings is that most states teeing up legal sports legislation will begin by licensing their brick-and-mortar casinos, which in most states will also have the ability to offer sports wagering via approved mobile apps. So DraftKings may have to partner with an existing casino in order to actually activate its clientele.

One major advantage there? It has a database and existing user base of likely sports bettors in the multi-millions, which could entice a casino to work with DraftKings. Effectively, DraftKings is going to become a competitor of William Hill US and other entities that already act as operators.

“Prior to joining DraftKings, Hurley gained extensive knowledge of the iGaming space with senior roles in both B2B and B2C companies” the company said in its release. “Most recently, Hurley led sales and commercial for Amelco, a sportsbook and trading platform supplier based in London.”

It’s also possible that in the future, perhaps depending on how much revenue that casinos are producing for them, states may alter their regulatory frameworks and allow online-only companies to obtain licenses.

Roughly 18 states have legalized daily fantasy sports, but in many states (for example in New York) lawmakers were disappointed to see just $3 million in tax revenue from DFS in 2017.

Other, Similar Players Will Emerge 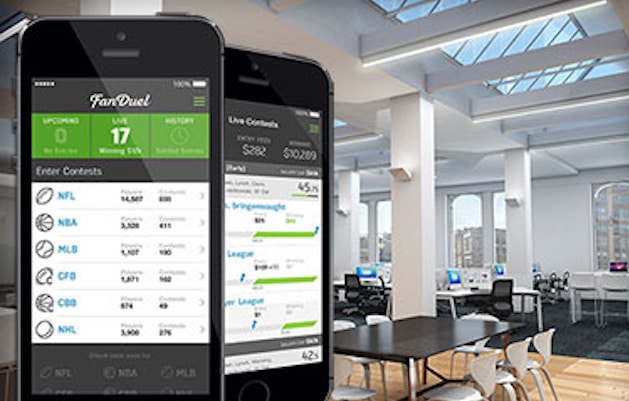 One-time potential merger partner before the Federal Trade Commission shot it down, FanDuel, will almost certainly make an announcement of this kind, too. And they will pursue a similar strategy as an operator for casinos until such time that they can obtain licenses from states directly.

DraftKings also announced that Hurley will be based in the company’s newly opened office in Hoboken, New Jersey.

New Jersey Division of Gaming Enforcement director David Rebuck announced recently that the state is accepting applications for gaming licenses (although this was inadvisable in the context of the case). Rebuck said in part:

“Under existing law any business or individual anticipating entering into a commercial transaction with a casino must be licensed or approved by the Division. Many companies have inquired as to the State’s licensing requirements in the event they are able to engage in sports wagering operations with our casino industry. The Division has encouraged these companies to commence the application process.”

DraftKings has almost certainly applied for a license but as previously stated, has no guarantees.

For our money, DraftKings stands a pretty good chance of latching on as a casino partner, perhaps in Massachusetts where state senator Eileen Donoghue has a proposed bill (SD 2480), that would would create a committee to study, regulate and examine taxation of legal sports betting in Massachusetts. There are no hearings currently set on that bill.

And we also would bet heavily that the company is looking to develop robust in-game wagering offerings. It has the tech-savviness and in-game wagering is a growing area where DraftKings could establish itself as a market leader.

Overall this is an expected but intriguing development in the sports betting space, and depending how things unfold, could become a major win for DraftKings investors.