And don't discount this, as one Oppenheimer analyst sees the company headed in that direction 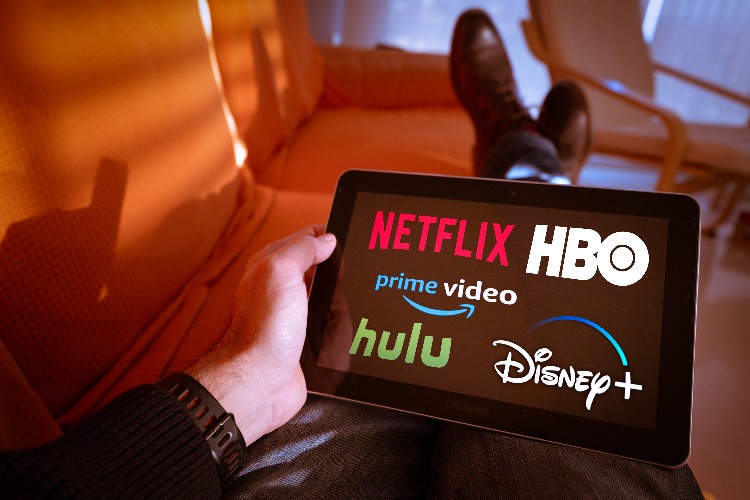 DraftKings’ attempt at world domination appears to be gaining even more traction, as Oppenheimer analyst Jed Kelly wrote a recent note in which he believes the company is seeking to get into the streaming game, as first reported by Sportico.

The note reads, in part, that DraftKings’ “ultimate strategy is to become more than an OSB operator and more of a sports entertainment platform with multiple revenue streams. We see DKNG making a larger push into streaming, where they can put the sports book experience into users’ homes and integrate sports analytics content. With nearly $3B in cash, DraftKings has the wherewithal to build or acquire their own vMVPD (think: YouTube TV, Fubo TV) to stream premier sporting events.”

I needed a dictionary to figure some of this stuff out, like OSB (online sportsbook, duh, and not Google’s first answer, “oriented strand board”) and vMVPD (virtual multichannel video programming distributors, as in, “huh?”), but yeah, wow: Can you imagine? DraftKings as a streaming service.

Honestly, it sounds like Kelly is on to something, as DraftKings and CEO Jason Robins have been on a content feeding frenzy of late, snapping up VSiN and Dan Le Batard’s podcast. And with over $3 billion in cash sitting around, clearly the company can make a massive move into streaming entertainment.

To consider how much $3 billion is: MGM (the movie and TV studio, not the casino/sportsbook bit) is on the market right now, and Amazon is rumored to be the leading suitor. The price? Around $9 billion, and that includes everything. So yeah. DraftKings has the wherewithal to try just about anything right now.

Kind of crazy to think this little company that started out as a place for overgrown children like myself to play fantasy football against strangers is quite possibly on its way to taking its place next to Netflix, Amazon Prime, and Disney+.

And while the fine folks at Oppenheimer see this as a move to stream “premier sporting events,” I say why stop there? There’s so much more DraftKingsFlixPlusTVMax could offer.

Non-premier sports: For instance, DraftKings currently has exclusive deals with Major League Eating, the Drone Racing League, and the American Cornhole League. Let’s ramp up these competitions and get them on-air, all the time. Listen: When ESPN first debuted, I’d watch bowling and bull riding until my eyes bled. I’d definitely watch (and bet) on cornhole. (DraftKings could also use some of its money to hire Jason Bateman and Gary Cole to reprise their roles as announcing duo Pepper McKnight and Cotton Brooks from Dodgeball for all three sports. Who says no to this?)

Breakfast With Johnny: For no good reason, I picture Johnny Avello, the director of the DraftKings sportsbook, as someone who enjoys a good breakfast. We’ll just join him as he eats, and in between bites of grapefruit and danish, he’ll break down some of the day’s upcoming action.

The Parlay Sisters: Hour-long prestige drama about a trio of singing sisters in post-World War II America who moonlight as New York’s most fearsome illegal bookmakers. Give me January Jones in the starring role. Who’s not watching this?

Evenings with Bob: Just a live feed of whatever Bob Baffert — who is clearly the love child of Ric Flair and Will Ferrell’s Eastbound and Down character — does when the sun goes down. Don’t pretend like you’re not interested.

Bob Baffert Officially Having The Two Favorites At The Preakness Is Why He's The Perfect Villain In Horse Racing https://t.co/4KkRebtTN2 pic.twitter.com/OC8CrFplU4

Movie of the Week: Casino, Rounders, Uncut Gems, Molly’s Game. Or how about The Hangover, What Happens in Vegas, or the Ocean’s Eleven franchise? Truth be told, there’s no shortage of gambling and gambling-related movies out there. Grab some popcorn.

Battle of the Network Stars: Just stop what you’re doing and watch below. Prepare to be gobsmacked. And yes: Let’s bring this back and bet on it.

The Office: I mean, everyone likes The Office, so why not. Who’s got it now? Peacock? Make an offer, Robins.

So You Wanna Be A Sports Bettor: A reality show that peeks into the lives of professional sports bettors. If you like spreadsheets, this show is for you.

Late Night Bad Beats: A nightly show where bettors from all walks of life tell us, in exacting detail, about their bad beats. Poker bad beats, sports betting bad beats, horse racing bad beats, all the bad beats. The perfect show to fall to sleep to, and I’m not wrong.