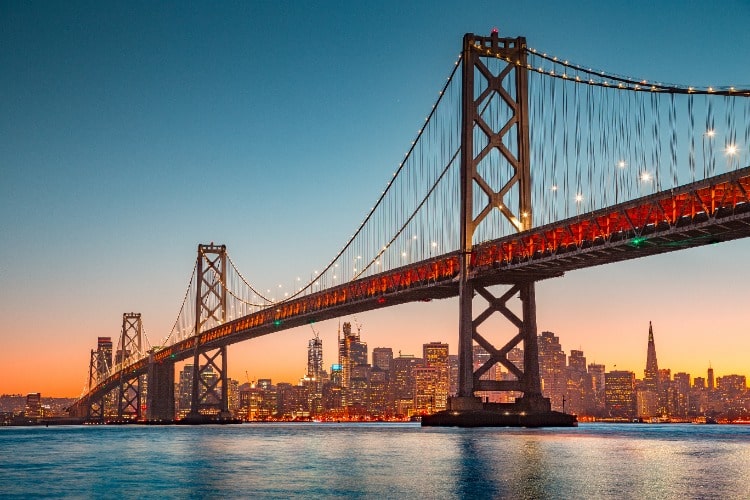 Though California Gov. Gavin Newsom deems himself neutral on Proposition 27, the digital sports betting ballot initiative with funding earmarked for homelessness and mental health programs, several other key elected officials voiced strong opposition to the measure Monday in describing it as a sham.

“Proposition 27 exploits California’s tribes and our resources while making no real investments in California,” Lt. Gov. Eleni Kounalakis said in a press release shared by the No on 27 campaign. “Ninety percent of the revenue generated by Proposition 27 would go directly into the pockets of out-of-state corporations while threatening funding for California’s needs. Vote No on 27.”

Kounalakis was joined by the state treasurer, state comptroller, superintendent of public instruction, and the insurance commissioner. And despite Newsom’s purported neutral stance, the sitting governor told reporters last week, “I know initiatives and folks will say anything. Perhaps that initiative will provide a few dollars. I’m not supporting or opposing it, I haven’t given it a lot of thought, but it is not a homeless initiative.”

"California Governor Gavin Newsom has stated that he has not taken a position on Proposition 27, but added "it is not a homeless initiative. I know Angelenos can read between the lines and they know better."" https://t.co/JD0bq7sUtA

What’s in, who’s behind proposals

The initiative is one of two related to sports betting that will be on the California ballot in November. The other, Proposition 26, is a retail-only proposal backed by the state’s tribes. It would allow for in-person wagering at tribal casinos and four horse racetracks, the addition of some ball-and-dice games at casinos, and a new way for gaming entities to be sued in the state.

Proposition 27, which earmarks most potential state tax dollars to fund homelessness and mental health programs, is backed by a consortium of sports companies, led by Bally’s, BetMGM, DraftKings, Fanatics, FanDuel, PENN Entertainment/Barstool Sportsbook, and WynnBET, each of which has poured tens of millions of dollars into efforts to win approval of the measure.

In California, we see endless ads for a couple of bills that essentially have to do with legalizing sports betting in the state.

But even after watching a few hundred spots, I had no idea what the bills were about.

Cash has broken politics and maybe thought in general. pic.twitter.com/PJD0BuTDw1

Proposition 27 would legalize mobile sports betting, but it would require that platforms be tied to existing tribal casinos. Proponents of the measure say the funding it would generate would make a significant dent in an issue that is critical to California’s future.

The list of those opposed to Proposition 27 continues to grow. Recently, the state Republican Party announced its opposition, joining the Democrats, who stated opposition to the digital initiative in July. Political consultants say they’re never seen an initiative that drew formal opposition from both parties. In addition, the state’s powerful tribal lobby opposes the measure, as do civic groups, veterans organizations, and others.

“Prop. 27 is a bad deal for California,” said Betty Yee, the state’s comptroller, via press release. “The fine print says 90% of the revenue goes to the out-of-state corporations who wrote the measure to pad their profits.”

Those opposing Proposition 27 have repeatedly pointed to how with a 10% tax rate, “90 percent of revenue” goes to the operators, such as DraftKings or FanDuel or PENN Entertainment. In business in general, however, the bulk of revenue flows back to the company offering the service, which is also generally true in legal gaming states across the U.S. In New York and New Hampshire, operators are taxed at 51%, meaning they keep only 49% of revenue, but those states are unusual.

Wagering companies operating in Arizona, Colorado, West Virginia, and Wyoming are taxed at 10% of revenue — the tax rate proposed in Proposition 27 — meaning that 90% is retained by the company. Those states have taken in millions in tax revenue since live wagering began. Arizona, with a population just 17% the size of California’s, took in $16 million in its first nine months of legal wagering.

Last week, the independent research firm Eilers & Krejcik released a special report that points to neither sports betting initiative in California passing. Despite the massive amount of dollars spent, voters are likely confused and all of the spending could result in no sports betting, which most California tribes have said they prefer to the version of digital wagering under Proposition 27.

According to the report, “The political power and deep pockets of interests with dogs in the hunt (e.g. tribal casinos, OSB operators, sports leagues) — together with competing sports betting measures whose back-to-back presentation on the ballot is likely to confuse voters — have us leaning negative on California’s sports betting legalization prospects this fall.”

The fight over wagering in California is already the most expensive initiative campaign in history. Those for and against sports betting have funded campaigns with more than $350 million, well more than the $200 million gathered for the ride-share proposition in the state in 2020. The next most expensive wagering campaign was in Florida earlier this year, when DraftKings, FanDuel, Las Vegas Sands, and the Seminole Tribe spent more than $80 million combined on two proposals that failed to gather enough signatures to make the ballot.