Will Betting On Elections Happen In U.S.? Experts Weigh In 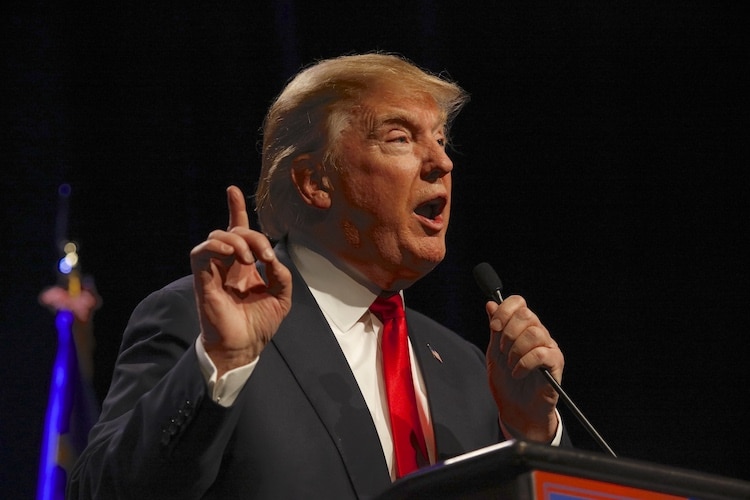 The title of a panel at the SBC Digital Summit last week — broadcast remotely, of course — was “Alternatives For Sports Betting When Traditional Sports Are Shut Down.”

But panelists were eager to discuss not just some new options that are faring better than expected — there also is a tantalizing other potential product down the road, namely betting on American elections.

“There’s a big opportunity we are missing out on,” said Jason Scott, the vice president of trading for Roar Digital, which powers BetMGM Sportsbook.

“The 2016 [presidential] election in America was the largest betting market the world has ever seen, and it still hasn’t been surpassed,” Scott added. “I just checked BetFair this morning, and 36 million has been matched on who will be the next president. The sooner we can broaden the base to bring this to [the U.S.], the better.”

Of course, that legal wagering took place over in Europe. Other than a brief false start by FanDuel in West Virginia a few weeks ago, the idea of Americans betting on an American election — especially the coming, almost-certainly contentious one — rarely comes up.

Jamie Shea, who runs the digital sportsbook for DraftKings Sportsbook, said that the company’s free-to-play, somewhat whimsical game relating to a recent Democratic primary debate — “over/unders” were on questions such as “How many times will President Trump tweet during the debate?” — “did a huge amount” of volume.

“It’s about lightening the mood in an unprecedented time, and it can’t impact your wallet in a negative way — only positive,” said Shea of the modest payouts offered in the free games.

Max Bichsel of KAX Media said that the aborted West Virginia effort to offer presidential wagers nonetheless was “a step in the right direction, although I don’t expect the same amount of novelty bets as in Europe.”

Shea said DraftKings is being patient about the concept of betting on politics.

“I think we would all like to see it happen,” Shea said. “Over time, regulators will get more comfortable with sports betting. Remember, this [sportsbook] business is in its infancy nationwide. It will take some time, but I believe we’ll get there.”

As for new sports being offered to try to partially fill the void from the shutdown of major American sports, Shea said, “I’m excited to see what things will look like when traditional sports come back.”

“Table tennis was not high on our list before, but people have really embraced it,” Shea said. “Nicaraguan soccer, Taiwanese baseball and basketball, the Cactus Tour and Outlaw Tour [pro golf events] — people have used this time to get to know who the players are. We even put up a tutorial on how table tennis [betting] works.”

Bichsel said, “We kind of giggle about Belarus soccer or Nicaraguan soccer or these other sports, but it can help maintain customers and kind of limit their withdrawals and redemptions if they’re opening the app every couple of days.”

The respectable revenue returns on modest sports, Bichsel said, demonstrate the notion that “no matter what is on the board at 8 p.m., people need something to ‘sweat.'”

Keith O’Loughlin, a senior VP for SG Digital, said the offbeat betting proves “people just want to be entertained, to have a little fun. Half the world is in lockdown.”

Scott said that for all of the economic calamity being experienced worldwide, “For people who haven’t lost their jobs, they have never had more disposable income and never had more time” with commuting mostly nonexistent. He mentioned online poker in New Jersey, which doubled from February to March and could triple February’s figure once April revenues are released.

But Scott, who concedes that Belarusian soccer has developed “a cult following” at some U.S. sportsbooks recently, said that the bump in betting on exotic sports will be short-lived.

“We’ll write as many tickets on table tennis this November as we wrote last November — none,” Scott said, anticipating a widespread schedule of mainstream U.S. sporting events by then. “It does take people’s minds off the mundaneness of living at home now, but these sports will go back to the obscurity there has always been.”

Bichsel called the exotic sports “a sugar substitute, like Nutrisweet, or Splenda. There is nothing like the NFL.”

Panel host Robert Davidman, a partner with Slapshot Media, asked what impact there would be on betting if team sports wind up with games played at neutral sites, and possibly with no fans in the stands.

“For our mobile platform, the impact of ‘fan-less sports’ will not necessarily affect us — you can bet from your couch,” Shea said. “I feel like people will just be so excited to get their sports back, however they can get it. I feel for Giants fans who want to tailgate — you hate to see that go — but it could be the reality of the world.”

O’Laughlin said that “whether betting with your heart because it’s your team or you’re just so excited to get that ‘flutter’ back, within two or three days I think betting will be back close to prior levels.”

But Bichsel said that the wagering rebound will be “not a couple of days, but a matter of hours. Once the specific schedule of games is set, the amount of deposits coming in will be astronomical.”

“I’m probably a little more tepid on the return of the gambling dollar,” Scott said. “There is no doubt in my mind that sports played without spectators will reduce engagement. People are used to going to the games.

“And if 10 percent of the population is unemployed, there is less money out there,” Shea said. “Also, people have been cooped up in the house for months, I don’t think they initially will sit on a couch [to watch a ballgame]  to the same degree that they once were. It will be a gradual return back.”

How has the gaming industry fared during the pandemic?

Bichsel said that overall, he believes that the gaming industry has “handled this situation pretty well.”

“With iGaming specifically, the numbers are positive, so while it’s not a zero-sum game [without major sports betting available], it’s still money coming in even if it’s not what everyone would like.”

Scott agreed, saying that “as most industries in the world go, wagering and gaming companies have handled this as well as anybody.”

O’Loughlin said that the pandemic has underscored for gaming companies that “you have to make sure that no matter what the scenario, you have a product available for your customers.”