MGM Resorts, Entain attempt to patch up partnership in aftermath of DK withdrawal 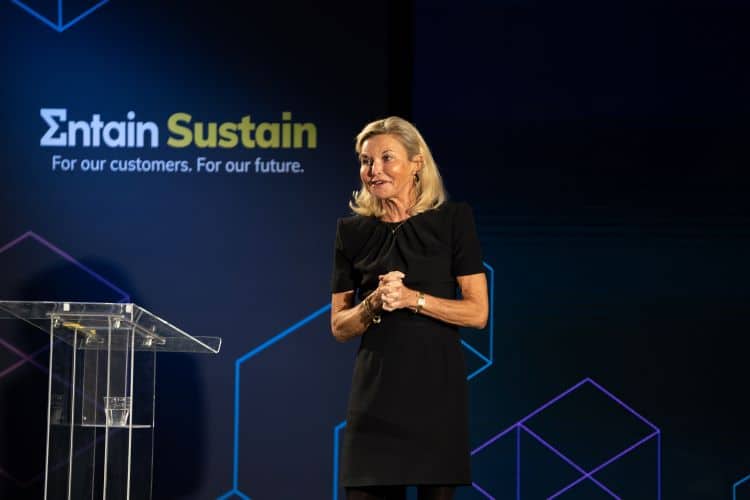 When a major company walks away from an acquisition attempt in excess of $20 billion, it is only natural for the party on the other side to feel somewhat slighted.

The scenario played out last month when DraftKings formally abandoned a $22 billion proposed acquisition of U.K.-based Entain, a transaction that would have created the world’s largest gaming company. DraftKings, the largest pure-play, vertically integrated sports betting operator in the U.S., withdrew its proposal even after both sides extended a negotiating window to further discuss a potential transaction.

Entain CEO Jette Nygaard-Andersen is taking a glass-half-full approach, however. Emboldened by a unique tech stack that ranks among the most powerful of any gaming company worldwide, Entain is laser-focused on accelerating growth in the U.S., one of the company’s four main growth verticals.

Entain’s tech platform played an integral role in the formation of BetMGM, a 50/50 joint venture formed by MGM Resorts and Entain in 2018, shortly after the U.S. Supreme Court’s historic PASPA deal. On a given Saturday, Entain’s platform handles about six times more interactions than Amazon does on Black Friday, Nygaard-Andersen explained. BetMGM, along with DraftKings and FanDuel, have separated themselves from the competition as the three definitive leaders in the American sports betting space in terms of market share.

“The way BetMGM is able to leverage the technology is a clear advantage when it comes to speed and efficiency,” Nygaard-Andersen told Sports Handle on Wednesday. “It’s all competitive advantages that play into the way forward to move a sustainable business.”

While M&A transactions are usually fraught with complexity, DraftKings’ massive proposal was widely viewed in the finance community as thornier than a typical cross-border deal. The $22 billion price tag doubles the $11 billion offer MGM Resorts made in January to acquire the U.K. company. Entain almost immediately rejected the offer, arguing that the proposal substantially undervalued the company.

Language in MGM Resorts’ contract with Entain gave the former the ability to consent to any deal involving BetMGM. As a result, MGM Resorts CEO Bill Hornbuckle threatened that the company could block DraftKings from conducting business in the U.S. had the deal been consummated. Alternately, the companies also had the option of executing a unique tri-deal where DraftKings purchased Entain, then sold off BetMGM to MGM Resorts.

A number of investment analysts viewed DraftKings’ proposal as defensive in nature, with one telling Sports Handle that the power play represented an attempt by DraftKings to enrich the company while weakening a competitor. From a practical sense, the $22 billion proposal, which represented the largest in the history of the gaming space, never had a chance of being completed, a high-level industry executive told Sports Handle earlier this month. The executive is not affiliated with any of the three parties affected by the talks.

In any event, the overhang of MGM Resorts’ agreement with Entain appeared to provide a hurdle for the latter in attempting to hammer out a deal with DraftKings.

“We have always been clear that the joint venture [with MGM Resorts] provides exclusivity for both parties for any activities involving sports betting and gaming in the U.S.,” Nygaard-Andersen told Reuters on Wednesday. “I think that played a role here, but any transaction of this size is complicated.”

"Time will tell" about a possible $MGM – Entain deal, MGM officials said today. Entain, a major European gaming operator, was targeted by $DKNG earlier this year in a possible acquisition that ultimately never materialized. MGM bid for its 50% BetMGM partner at the start of 2021.

The relationship between the two companies remains as cordial as possible given the developments of the past 45 days. Entain is doing “phenomenally well” with BetMGM, Nygaard-Andersen emphasized, in terms of the speed of rollout throughout the U.S. She points to a period ahead of the NFL season when BetMGM launched in three states over a period of nine days. She is also pleased with the fact that, of the five top-rated games on the BetMGM platform, three were designed by Entain.

“We have a very good partnership with MGM,” she told Sports Handle. “Each parent brings something to the table.”

Still, neither side appears ready to reengage in discussions, at least for now. Nygaard-Andersen, for one, has not made renewed discussions a priority, telling Sports Handle that it is not something on her “to-do list” when she wakes up in the morning. Hornbuckle is also keeping his cards close to his vest. When asked by an equities analyst last week if MGM considered attempting to buy out Entain’s U.S. assets (i.e., BetMGM) as DraftKings’ proposal remained on the table, Hornbuckle indicated that it was something the company contemplated given the M&A environment.

However, if MGM Resorts were to exit the BetMGM joint venture, the company would not proceed without securing a robust tech platform, he noted.

“This is a technology-based enterprise at the end of the day, and so that becomes a key point of what to do and how we think about our future,” Hornbuckle said on the company’s third-quarter earnings conference call. “For now, though, I just go back to where we were. We were content and happy with our business and how it’s progressing. I still like where we are.”

Nygaard-Andersen made her comments on the same day her company unveiled EnTrain, a new multimillion-pound global initiative aimed at increasing access to technology and improving diversity through corporate activities. Under “Entain Sustain,” the company’s first ever ESG initiative, Entain has set a goal of positively impacting 1 million people worldwide by 2030, either directly or through their families and dependents, the company said. The program builds on another initiative launched by the Entain Foundation this year to support the careers of women in technology.

We’re going big. One million people, big. All in the name of #diversity and #inclusion. 🤝

“Entain is an ambitious business and sustainability is one of our two core strategic pillars. It benefits our customers and is also good for our business and the wider communities we are part of,” Nygaard-Andersen said. “I believe passionately that we have a vital role to play in inspiring the next generation to pursue careers in technology. As we reshape the future of interactive entertainment, we also want to help many more people become involved.”

Shares in Entain on the London Stock Exchange jumped 3% on Thursday, closing at 2,025 pence. Entain has retreated since hitting a high of 2,400 pence in September, when shares surged 20% on news of DraftKings’ initial proposal. Back in the U.S., DraftKings traded around $41 a share Thursday, while MGM Resorts hovered around $46 amid sideways trading.