Can eSports And Virtual Sports Chart New Paths After Moment In Sun? 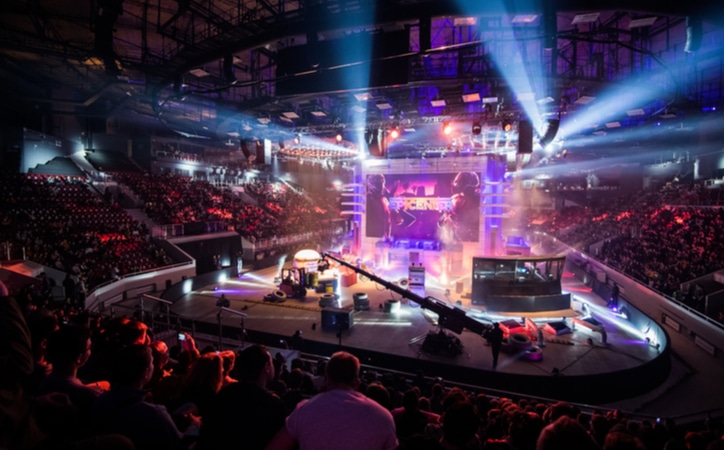 During the COVID-19 pandemic, eSports and virtual sports have proven to be a curious entity in the sports wagering world with a lack of traditional options available. While some bettors chose to stick with live sports and get educated on Belarusian soccer or Russian table tennis, many extended themselves to brush up on Counter-Strike: Global Offense, League of Legends, and Dota 2 in addition to traditional online sports games including NBA2K and FIFA.

Bettors also had to learn about the leagues that run online tournaments as well as their teams and players, with all three components spread out across the globe. Tournaments that normally would have taken place in arenas were being held remotely, with players competing from their homes. As bettors did their research, so did regulatory bodies to confirm transparency of the leagues, playing formats, and a host of other rules that govern eSports.

And will that maturity parallel that of the still-nascent United States sports betting market, which offers a striking dichotomy: substantial growth potential for eSports and virtual sports to expand their footprints while also negotiating state-by-state laws when it comes to sports wagering.

It may have fallen under the category of bettors can’t be choosers, but the recent lack of options pushed eSports and virtual sports into the spotlight. And in the international market, both got some traction.

“Over a 30-day span, the handle was up 73%, the number of bettors was up 48% and the amount wagered was up 198% over the previous 30 days,” said Nicholas Heaney, the founder and CEO of the Australian-based company Picklebet, during a webinar hosted by Spectrum eSports Advisors on May 21. “The traditional sports dried up and there was outsized turnover in Australia. Offerings like NBA2K and simulated racing — it’s our most bet-on market.”

Could eSports supersede traditional sports in popularity? The idea that virtual sports will surpass real ones sounds far-fetched, but incredible growth has technology companies, broadcasters, sports teams, advertisers and brands burning to get involved. https://t.co/zP0nQ4t6EK

Across the globe in Vancouver, British Columbia, Scott Burton, CEO of Askott Entertainment, agreed: “It’s been cemented in traditional operators’ minds that this is a vertical that needs attention. It may not fit within the existing sportsbook or perhaps [will need] even a different model. We’ve gone from seeing it getting no attention to now having it probably on every sportsbook you can find some type of eSports bet.”

While the Nevada Gaming Control Board (NGCB) does not specifically break out eSports in its monthly revenue reports, its late March approval for the ESL Pro League Counter-Strike: Global Operations contributed to its “other” handle, which reached $2.1 million, according to the regulatory body’s report. That was the first eSports event approved by the Nevada GCB since 2017; it has since approved 12 other eSports and virtual sports events for wagering, ranging from Overwatch to Dota 2 to League of Legends.

During the webinar, Newgioco Group CEO Michele Ciavarella pointed to that variety of offerings as a key selling point for eSports and virtual sports but also noted that “fantasy sports is a great supporting cast member rather than a main event.” He added that maintaining that increased attention could come from following “the flow of dollars” in terms of merchandising, equipment, and technology and how that is incorporated into our “modern-day lives.”

Challenges of the U.S. regulatory framework

When the Supreme Court struck down PASPA in 2018, it became a states’ rights issue, meaning that each state can legalize — or not — sports betting however it sees fit.

For example, while the NGCB has seen an uptick in approving eSports events, some states specifically forbid wagering on eSports in its state gaming bill. Each state is navigating its own path, and the additional layer of some eSports or virtual sports being skill-based throws another wrinkle into the mix.

“Not a lot of wagering products were offered in Nevada because of the complexities of trying to understand the competitions and the small margins under which sportsbooks operate, and those financial risks that are associated with not setting lines correctly,” said consultant Becky Harris of Global Market Advisors, who is on the PointsBet board of directors and is the former NGCB chairperson. “The Gaming Control Board was really concerned when they looked into the matter, they largely considered it to be skill-based competition, didn’t want it to be considered gambling and didn’t want it to be confused with gambling.”

Harris was one of the sponsors of the 2017 bill that grouped eSports in the “other events” for parimutuel wagering, which was also the first bill in the United States that provided any avenue for legal wagering on eSports. The goal, she added, was to help sportsbooks take action on eSports by reducing the risk.

With the bill passed, the state’s gaming commission was able to construct regulations for wagering, and Harris pointed out those have been used in other states including Mississippi and Arkansas.

Can eSports take off in the U.S.?

All who were involved in the Spectrum webinar see potential in the United States market, albeit with some caveats. Harris raised concerns about the “tension with regard to the age range mixes that are often found in eSports,” namely players on teams who are under the age of 18. Ciavarella wondered about the actual market available given the tournaments played during the pandemic were not in the traditional eSports formats of sold-out arenas.

Ciavarella added that eSports and virtual sports operators need to “sell the vibe around” the product, which includes “finding the main draw and the ancillary drivers to the product.

“The simple truth is you have to get more out of the business than you put in,” he said. ” It depends on how much investment people are willing to put in right now to reverse engineer what the key inputs and activities are to boost the overall business.”

Johnny Avello, who is the head of sportsbook at DraftKings, felt eSports and virtual sports have made the most of their moment, telling Sports Handle, “When we lost all sports, people saw it for what it was. For fantasy, it was off the charts. On the sports side, it did well. Now that people are familiar [with it], it’ll stick around.”

Avello also noted the operators will have a major say in whether eSports and virtual do stick around.

“What it will do going forward, I can’t tell you,” he said. “The sports operators are what make a sport popular. Put it out there and the bettors see that and watch it.

“It’s up to us to keep that momentum going. If we bury it and concentrate on the sports everyone is accustomed to, it will lose its momentum.”