Evander Kane Cleared Of Betting On Games, But Other Behavior Still Under Review

The NHL's investigation found zero evidence of gambling on games, including those involving the Sharks 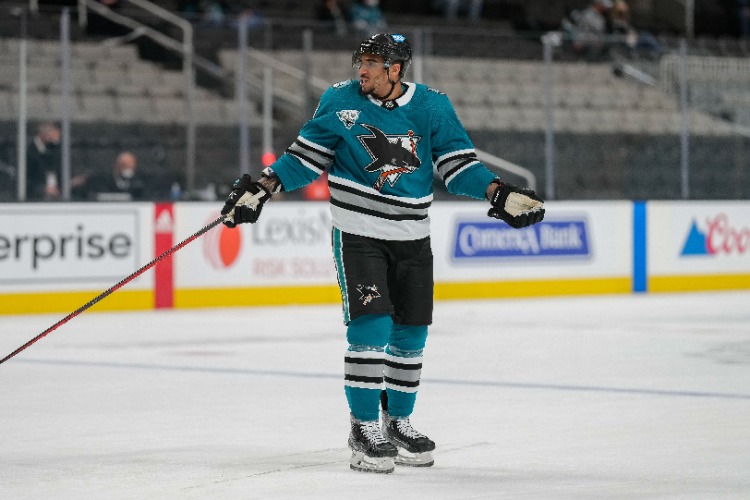 The NHL has found zero evidence that Evander Kane of the San Jose Sharks bet on NHL games — including ones his team was involved in — despite his estranged wife accusing him of doing so.

The investigation, which lasted over six weeks, was conducted by Patterson Belknap Webb & Tyler LLP in conjunction with NHL Security.

“The investigation included a detailed review of social media, public data, and court /filings from the bankruptcy proceeding initiated by Mr. Kane in January 2021 and his pending divorce proceeding; a review of sports betting data and analysis; and in person and virtual interviews of members of the Sharks organization and others, including Mr. Kane,” the report read in part, according to a press release from the NHL. “It should be noted that Ms. Kane refused to participate in the investigation.”

The NHL — and the gambling world — were thrown into a tizzy in early August after a series of Instagram posts from Kane’s wife, Anna. In one of those, she posted: “Can someone ask [NHL Commissioner] Gary Bettman how they can let a player gamble on his own games? Bet and win with bookies on his own games?”

Kane immediately denied the allegations, taking to Twitter to say that he “never gambled/bet on hockey” and that he planned to cooperate “fully” with the league’s investigation.

“The investigation uncovered no evidence to corroborate Ms. Kane’s accusations that Mr. Kane bet or otherwise participated in gambling on NHL games, and no evidence to corroborate the allegations that Mr. Kane ‘threw’ games or did not put forward his best effort to help the Sharks win games,” the report continued. “To the contrary, the evidence raises doubts about the veracity of the allegations.”

The investigators looked at gambling information provided by Sportrader in addition to conducting the interviews to determine whether Kane was innocent or guilty.

“We requested and received from Sportradar bet monitoring reports and analyses on Sharks games from the latter part of the 2018-19 season, including the 2019 Playoffs, and the 2020-2021 season,” the report read. “Our review of public and non-public documents relating to Mr. Kane, including data and analysis from a leading sports integrity service, and our interviews of those individuals most familiar with Mr. Kane’s on-ice performance over the past three seasons yielded no evidence to corroborate Ms. Kane’s allegations that her husband gambled on NHL games or ‘threw’ hockey games.”

While he has been cleared of the gambling accusation, all is not rosy in his world, as the investigation uncovered two additional matters which “require further investigation and study.”

One of the issues involves “serious accusations relating to his past behavior toward Ms. Kane,” and the other involves “allegations of inappropriate behavior potentially jeopardizing the health and safety of Club members.”

Both matters are currently being investigated by the NHL, and in the meantime, Kane will not be attending the opening of the Sharks’ training camp.