by Robert Mann
in Opinion, Regulation 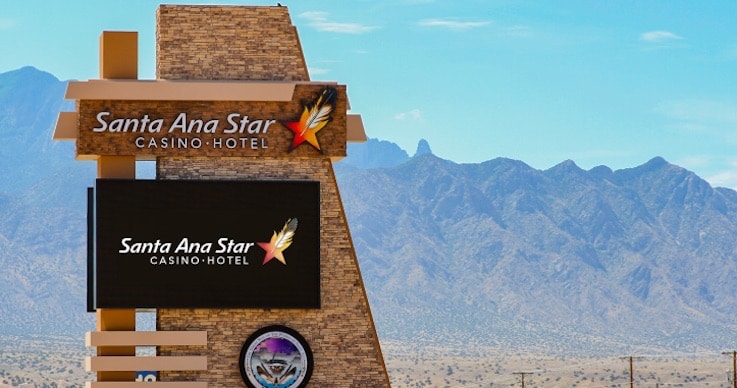 Tribal gaming interests will have a lot more to say about the expansion of sports betting in the U.S.

However, as yet, they have not said it. But, when they do, their voice is going to be heard.

That’s because tribal gaming interests are in significant control of casino gambling the U.S., equal to or even exceeding the major casino gambling companies such as MGM Resorts International, Caesars Entertainment and Penn National Gaming. The tribal operators now have a major impact and/or a growing presence in 13 of the 30 most populous states in the U.S. Those states comprising more than 40 percent of the total U.S. population.

Major presence in most populous states

All of these states have contracts generally called “compacts” with the various tribes. These compacts stipulating what kind of gambling tribal casinos can offer and what percentage of revenue is paid to the state in the form of taxes. Each state compact is different, Jerry Allen, a tribal leader of the Jamestown S’Klallam Tribe in Washington State, explained to Sport Handle in a wide-ranging discussion recently. Those differences are making a common tribal sports betting position difficult to achieve, Allen said.

No united front on question of sports wagering

A key question and one without a simple answer is determining if Native American casinos might have a joint response to sports betting. Or a “united front,” as opposed to the situation with many of the major non-Native American casino giants, such as MGM, Caesars or Penn National – where it’s every company for itself.

A point of contention in these compacts is whether or not they include sports betting. Is sports betting explicitly legal or at least contemplated under current compacts? Or will states and tribes have re-negotiate the compact? Tribes are generally reticent to re-open and adjust what is working well.

Further questions: Will a constitutional amendment or state regulations be needed in connection with sports betting? Or, can tribal interests just open a sportsbook on federally designated tribal land on that basis that the tribal-state compact indeed allows it? Such was the case in Oct. 2018 at the Santa Ana Star Casino & Hotel in New Mexico, just north of Albuquerque.

These questions linger in most tribal gaming states as stakeholders work through them and simultaneously evaluate the opportunity, and the potential costs, of a type of gaming that’s foreign and more volatile than the money-making slot machine or table games, which tribes are accustomed to managing. And while tribes share common interests, such as exclusivity, they also compete with one another.

Tribal casinos are most often located on federally recognized Indian reservations, but there are some exceptions. They range in scope from small truck stops and convenience stores with just a few machines like many located in Oklahoma or Wisconsin. Yet, some Indian operations control some of the biggest casinos in the world. An example is Foxwoods Resort Casino, owned and operated by the Mashantucket Pequot Tribal Nation, in Connecticut.

Foxwoods, its fellow giant Connecticut tribal operator Mohegan Sun and The Seminole Hard Rock operations in Florida already are, or are seeking to become national and international operators, just like MGM, Caesars and Penn National.

In late 2018, the only federally recognized tribe of Native Americans in Alabama, the relatively small Poarch Band of Creek Indians, became the surprise buyer through an affiliate of the Sands Bethlehem in Pennsylvania. The price: $1.3 billion.

Many Tribal operators have money, influence and power because of the significant tax payments they make to their home states.  Consider in Oklahoma: Tribes collectively paid a record $133.9 million in exclusively fees to the state in 2018, per NewsOK. That amount of money confers a lot of leverage.

Tech blurs the line between Class 2 and 3 gaming

Class 3 gaming is similar to what’s found in Las Vegas. This class featuring house-banked games such as blackjack, craps, roulette, or any other table game, in addition to slot machines.  States looking to get sports betting approved like Virginia and Colorado would typically fall under class 3 gaming.

Class 2 gaming usually only includes games like poker or bingo in which players compete against each other with the operator taking a percentage of bets or pools.

Recently, the lines between the two major classes of gaming are becoming hazy because advanced technology is allowing casinos to offer games that play similarly to Class 3 games while still adhering to Class 2 rules.

An example of this is a Class 2 terminal that closely mimics a customary Class 3 slot machine. Except, in the corner of the screen is a small bingo card creating a super-fast, virtual bingo game allowing the player to compete against others in the casino for the bingo jackpot. The reels are for amusement only because winning combinations are being determined entirely on the bingo card located in the corner.

Historical horse racing terminals, currently growing in popularity nationally, are another example of electronic technology that helps to confuse the differences between the various classes of gaming. These terminals are hooked together to create a pari-mutuel pool in which winning combinations of numbers are generated from previously run horse races, rather than a spinning wheel. The house merely takes a set percentage of the monies wagered, after seeding a pool to insure minimum payouts are achieved.

Now, still to be decided is how the various tribal gaming interests might embrace online and mobile sports betting.

The diversity of Indian gaming is expected to force leaders to grapple with the decision of whether to endorse this increasingly important segment of the sports betting marketplace. Many fear mobile betting of any kind, including sports wagering, would diminish casino attendance. This is a primary concern in the smaller, rural operations.

The National Indian Gaming Association (NIGA) has made its wishes known on the sports betting question. That was done in a general way last year by issuing a set of guidelines just a few months after the U.S. Supreme Court ruled that Nevada-style sport betting could be legalized on a state-by-state basis.