One Extra Week Of NFL Games, Millions Of Extra Dollars For Sportsbooks

Fans aren't the only ones thrilled with a 17-game season 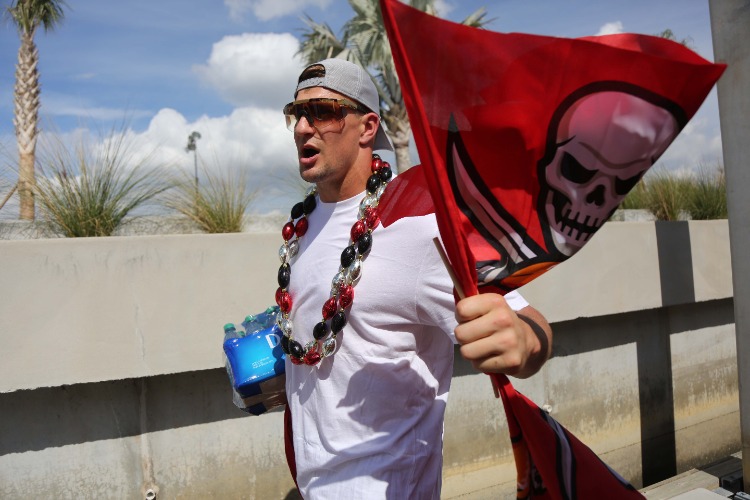 If you’re an NFL fan, the announcement earlier this week that the league — sorry, The League — is expanding to a 17-game schedule certainly was a welcome development. After all, that’s one more regular season week to watch, to root, and yes, to bet – potentially with sportsbooks bonuses.

And of course, if you’re betting, there’s someone on the other side of the window (or app) taking that bet. And you better believe they were thrilled to hear about the extra week.

“This is great news for bettors and bookmakers alike,” Jay Croucher, the PointsBet head of trading, said in an email. “Preseason activity — while larger for the NFL than any other pro sport — is tiny compared to regular season betting. The additional week of regular season games will be a significant driver for overall NFL handle.”

Beginning in 2021, the NFL is expanding to a 17-game regular season. pic.twitter.com/skNisJwPS2

Johnny Avello, who steers DraftKings Sportsbook, agreed, especially on the preseason games, which were cut from four to three with the change.

“The way preseason usually goes is the first week is kind of popular, second week is more popular, third week is the most popular, and the fourth really falls off,” he told Sports Handle. “I never saw preseason as anything special, because our limits are lower. It’s just a prelude to the season, trying to get acclimated.”

Break out the napkins

Ladies and gentlemen, some quick “napkin math” from my colleague Chris Altruda …

“A conservative estimate would be about $350 million in handle per week” in NFL betting in legal markets nationally, he figures. “The industry win rate is approximately 7%, so about $24.5 million in operator revenue would be a low-end estimate.”

Yeah. Not bad for a Sunday’s worth of action.

And to be clear: That’s only straight betting, or moneyline and against-the-spread wagers. That doesn’t include parlays. “Low-end estimate” indeed.

Sports betting operators — sometimes due to regulations, sometimes not — are not in the habit of releasing detailed breakdowns of how much handle they’re dealing with in any one sport. States do a better job of it, but again, Altruda has to depend on his “napkin math.” (Not to give the impression these numbers aren’t legit; Altruda is to spreadsheets as Rob Gronkowski is to booze cruises — always ready to dive in headfirst, and knows exactly what buttons to push.)

Altruda was able to get numbers from five of the biggest legal sports betting states — New Jersey, Nevada, Indiana, Illinois, and Colorado — and was able to estimate Pennsylvania, which doesn’t break it down by sport. Among those six, Altruda estimates about $300 million a week. He had to estimate Michigan and Virginia, as they weren’t taking bets for the entirety of this past season, and then had to add in the smaller states to arrive at his number, which, again, is the absolute bottom and doesn’t take parlays into account.

Napkin math or not, an extra week of NFL football equals a lot more extra scharole for the books.

And consider this: Last year, 13 NFL teams were located in states that permit legal sports betting. If things break right, that number could grow to 20 in time for at least part of the 2021 NFL season.

One potential impact on sportsbooks, however, may be the fact the NFL regular season — which will now end on Jan. 9 — will not only run through college football’s bowl season, but will end the day before the NCAA National Championship game.

“I can’t imagine the NFL will schedule games that go up directly against the bowl games,” he said. “I don’t see it interfering at all.”

Tough to rain on this parade, as it turns out.

Is there any downside for the sportsbooks?

“It means a lot of adjustments by bookmakers,” Avello said. “The over/under on win totals, we put that up on our site, adjustments had to be made for the extra week. It also means proposition bets … we need to rethink those a little bit because an extra week goes into it. An extra week means 6% more games, which could potentially mean 6% more injuries, which could be impactful to the future bets.”

He also points out the extra week could have outsized impact on team futures, noting one more week in the NFC East last season could’ve completely turned over the playoff picture.

“The main impact of a 17-game schedule is that it provides a slight advantage to the better teams,” he said. “More of a sample, more opportunity for their true talent to kick in — and less opportunities for mediocre teams to ride luck into the playoffs. Each additional game played is a chance for true talent to reveal itself.”

In the end, however? It’s a boon for the books.

“It’s a big impact,” Avello said. “For us it’s more about adjustments on offerings, but as a whole, it means additional handle, which we always welcome.”