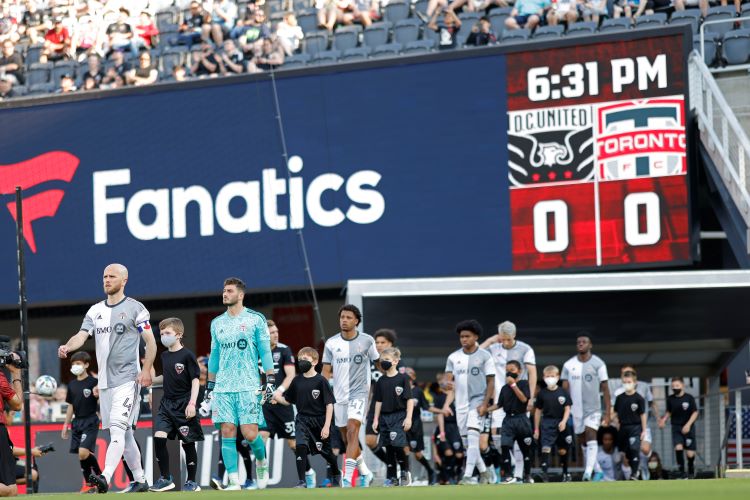 Less than a week after reports surfaced that ESPN may be close to entering the U.S. legal sports betting waters, Fanatics made news regarding its own sports betting plans on Tuesday.

Speaking at the CAA World Congress of Sports in New York, Fanatics CEO Michael Rubin announced that the company will launch its new sports betting division early next year, in January 2023. The entry of Fanatics into the U.S. sports betting industry will coincide with the NFL playoffs, giving the prominent sports merchandiser ample opportunity to test whether customers will mix multi-leg parlays with the jersey of their choice.

By January, Fanatics plans to launch sports betting operations in every major state except for New York, Rubin said at Tuesday’s panel. Last fall, Fanatics appeared close to receiving a coveted bid for a mobile sports betting license in New York, but it missed the final cut.

At the completion of a closely watched competitive bidding process, the New York State Gaming Commission selected nine online sportsbook operators, including industry heavyweights BetMGM, Caesars Sportsbook, DraftKings, and FanDuel. The state has imposed a 51% tax on online gross gaming revenues, a levy that ties it with New Hampshire for the highest sports betting tax rate in the nation.

“We’ll be in every major state other than New York, where you can’t make money,” Rubin said. “We do like to make money, by the way. It’s this crazy concept in business — where we have revenue, we try to have profits that follow it.”

ESPN is believed to be nearing a deal to license its sports betting brand to DraftKings, Bloomberg reported last week. The potential entry of ESPN and Fanatics into the sports betting industry by early next year could add two sharks to an already crowded pool.

Converting seasoned players from other books

The long-awaited entry of Fanatics into the sports betting space has been largely viewed as a pending threat by its potential sportsbook competitors. Whereas traditional sportsbooks have offered inducements such as boosted bets and free wagers to bring on new customers, Fanatics has another arrow in its quiver. Fanatics views itself as a one-stop shop for fan entertainment inside a stadium, with the objective of becoming a  “global digital platform for sports,” Ari Borod, the company’s chief commercial officer for betting and gaming, told Sports Handle this spring.

Fanatics, according to its website, has more than four dozen physical stores worldwide, including prominent stadium and arena venues across the U.S. The company also provides a blended, end-to-end e-commerce and brick-and-mortar solution for more than 50 professional sports and college programs, through licensing agreements with the top four North American professional sports leagues, the NCAA, and MLS, among others. Fanatics, which has a valuation north of $20 billion, also has a vast database of rabid sports fans to tap into for sports betting.

"In the betting business, we're going to start launching multiple states in January."

CEO @michaelrubin announced that @Fanatics' betting business will be in every major state other than New York by next football season. #SBJWCOS pic.twitter.com/7TCexeFzFQ

One option promoted on the Fanatics site allows fans to receive orders directly from their seat through a mobile merchandising delivery capability. Speaking at the Saratoga Racing and Gaming Conference in August, JMP Securities analyst Jordan Bender noted that Fanatics could utilize its team partnerships inside a stadium environment for customer acquisition purposes.

“I do expect them to get very creative in leveraging that real estate and those relationships into other in-stadium sportsbooks,” Bender said.

Within the confines of a stadium, a target customer at Fanatics will likely engage in other activities beyond wagering on sports. The customer may be interested in purchasing a Tom Brady jersey, as well as a New England Patriots hoodie, while trading a popular non-fungible token (NFT). Although Fanatics has yet to publicly release renderings of its mobile sportsbook, the company theoretically could offer the disparate options through a common wallet.

Rubin believes that the breadth and depth of Fanatics’ offerings will allow the company to differentiate itself from its competitors. He even gushed earlier this year that Fanatics will have drastically lower customer acquisition costs than traditional sportsbooks. The claims have been met with skepticism by Wall Street, with one analyst telling Sports Handle that it’s hard to envision Fanatics acquiring thousands of customers simply by “offering them a free hat.”

Bender appeared on a panel in Saratoga titled “M&A Investment Trends In Sports Betting and Online Gaming.” Another panelist, David Isaacson of Spectrum Gaming Group, is focused on the customer acquisition metrics that could indicate whether Fanatics is successful. A typical sports bettor places wagers on approximately three distinct apps, according to Betting Hero, with the total fluctuating somewhat based on their state. From the outset, Fanatics will be tested on whether it can convert customers from the top books that have received a head start of several years.

Since Fanatics already has a robust customer database, there is sentiment across the industry that the company will be able to spend less to acquire customers. The balancing act in effectively marketing a sportsbook product without spending to the moon represents one of the biggest challenges for top sportsbooks. Conversely, if there are indications that Fanatics has to spend as much as DraftKings and FanDuel on customer acquisition, it could provide signals that the company has not excelled at converting customers, Isaacson explained.

Rubin’s comments Tuesday may reignite speculation that Fanatics is pursing a major acquisition. If Proposition 27 passes in California, Fanatics will need to maintain market access in at least other 10 states before launching online sports betting in the Golden State. Reports surfaced in June that Fanatics engaged in discussions with Tipico on a potential acquisition.

By the start of the 2023 football season, Fanatics intends on becoming operational with sports betting in about 15-20 states, Rubin said Tuesday. 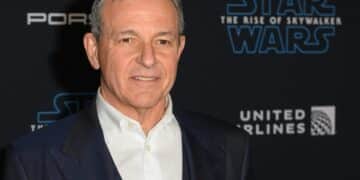