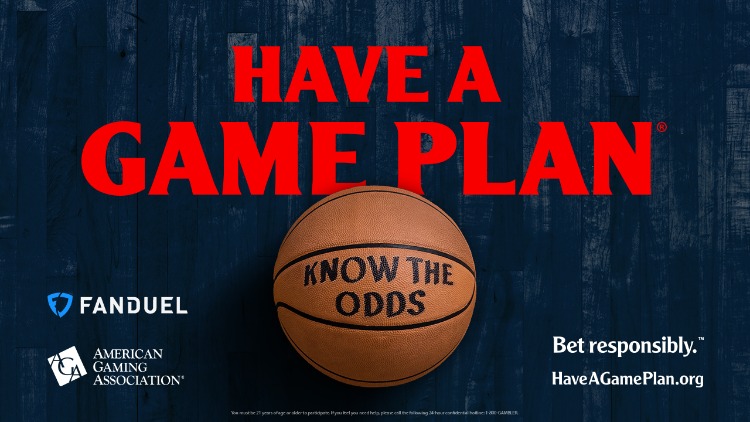 FanDuel announced Monday it will partner with the American Gaming Association to create content for social media promoting the fundamentals of responsible sports betting.

The sportsbook is the first operator to team with the national trade group — the AGA represents the U.S. casino industry. FanDuel is making a “multimillion dollar commitment of its media inventory, as well as league and team assets and directing them towards responsible gaming messaging,” according to a joint press release.

FanDuel has sponsorship agreements in place with several professional sports leagues and teams across legal sports betting jurisdictions in the United States. It will promote the AGA’s “Have A Game Plan. Bet Responsibly” message throughout various media as well as in-game venues, and hopes to have live content available by May.

“As the mobile gaming industry leader in the U.S., we believe promoting responsible gaming behaviors is a core tenet of growing our business and the industry as a whole,” said FanDuel Group CEO Matt King in the joint statement. “We are not only going to commit substantial FanDuel resources to promote Have a Game Plan, but we intend to build a consortium of partners throughout the sports and gaming business to scale this initiative and we encourage other operators to join us.”

FanDuel joins sports governing bodies from the NHL, PGA, and NASCAR as partners with the AGA on this initiative.

According to the AGA, casino gaming is a $261-billion industry in the United States that employs more than 1.8 million people. Specific to sports betting, operators across 18 states and the District of Columbia generated more than $21.4 billion in handle in 2020, an increase of 64% year over year after 13 states combined for more than $13 billion in accepted wagers in 2019.

It is expected there will have been more than $4 billion in wagers placed nationally in January 2021 once the Illinois Gaming Board releases its revenue report for that month.

“FanDuel’s commitment to support and grow Have a Game Plan couldn’t come at a better time,” AGA President and CEO Bill Miller said. “Responsibility to our customers has always been a pillar of AGA member operations. Extending this to meet the new realities of an expanded sports betting ecosystem is going to require full collaboration with everyone involved in it – gaming operators, media companies and leagues and teams. We’re excited to have a partner like FanDuel to help extend this important initiative.”