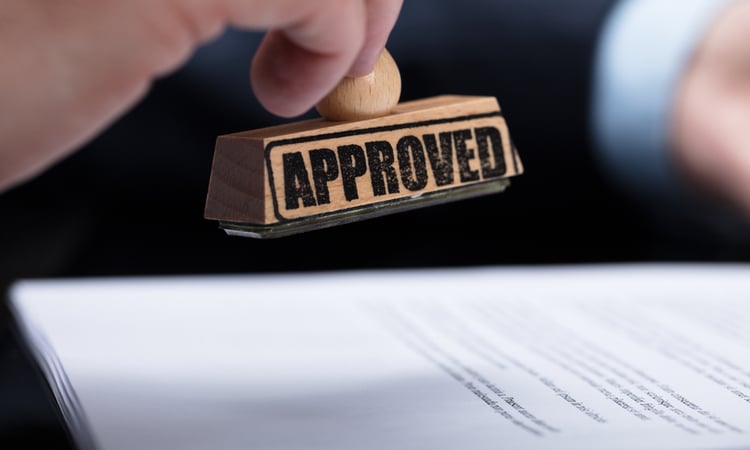 The race between FanDuel and DraftKings to enter the Illinois sports betting market accelerated Monday when the Illinois Gaming Board awarded both temporary operating permits.

Per the regulatory board’s website, the approvals of BetFair Interactive US LLC, doing business as FanDuel, and Crown IL Gaming LLC granted Friday raise the number of entities given temporary operating permits as Management Services Providers to five.

Rush Street Interactive, which runs Rivers Casino’s BetRivers Sportsbook, was awarded its permit in February, while Penn National Gaming — which operates the sportsbook at The Argosy — was granted its permit in March. Rivers and The Argosy are the only two retail sportsbooks approved for wagering in Illinois, while BetRivers, operating through Rivers Casino, is the only internet/mobile sportsbook currently in operation in the Land of Lincoln.

The field, though, is soon expected to become more crowded with the IGB’s next meeting scheduled for July 30. DraftKings also has been running television spots in the Chicago market over the past week. In general, the online sports betting market in Illinois took a sharp turn for the “open” in June when, by Executive Order, Governor J.B. Pritzker suspended the requirement for patrons to sign up in person to open a betting account. The governor cited casino closures and limitations posed by the COVID-19 pandemic.

Who will get to market first?

On the surface, it appears DraftKings has the inside track to beat FanDuel into the Illinois market. It has a market share agreement in place with Casino Queen, which is one of seven casinos to have been granted a Master Sports Wagering license by the IGB. Sports Handle has previously reported that FanDuel has been working on an agreement to purchase the Fairmount Park horse racing track, or otherwise gain access through Fairmount.

“We can confirm that we received our Temporary Operating Permit in Illinois, which brings us one step closer to going live in the state, said Tim Dent, DraftKings Chief Compliance Officer, in a statement via email to Sports Handle. “We look forward to continuing to work with the Illinois Gaming Board towards being able to offer Illinois’ sports fans our top-rated sportsbook platform to wager on their favorite sports, teams and players.”

A spokesperson for FanDuel declined to comment on receiving the permit.

While Casino Queen does have a license, it has yet to be provisionally approved for wagering per the IGB website. Another potential issue for DraftKings ahead of a launch is how the sportsbook will be rebranded in accordance with an emergency rule change recently proposed by the gaming board.

An attorney for BetRivers submitted a public comment challenging the proposed rebranding rule earlier this month, claiming the Sports Wagering Act imposed restrictions for branding by online-only operators and the IGB did not have sufficient cause in crafting the emergency rule.

FanDuel and DraftKings had been seeking ways to circumvent the “penalty box” provision which was in the capital bill that legalized sports betting in Illinois in June 2019. The law required applicants for an online-only license to wait 540 days from the issuing of the first retail sports betting license — a clock started with the seven licenses granted last month.

The “penalty box” dates back to 2015 when then-Illinois Attorney General Lisa Madigan ruled DraftKings and FanDuel were operating daily fantasy sites illegally in the state, and Rivers owner Rush Street Interactive felt the online titans should not be “rewarded” for such actions. Entering Illinois through a market share agreement (DraftKings) or a potential purchase of land (FanDuel), both operators could avoid paying a $20 million license fee as an online-only operator, of which there will be only three licenses granted by the IGB.

PointsBet, which received its temporary operating permit last Tuesday, had reached a previous agreement to enter Illinois through Hawthorne Race Course. Fairmount Park and Hawthorne, which applied for racino licenses as allowed in the capital bill, have yet to be approved for Organization Licenses for sports wagering.

Arlington Park — the third horse racing track in Illinois — is seeking only a sports betting license as owner Churchill Downs Incorporated has a majority stake in Rivers Casino.