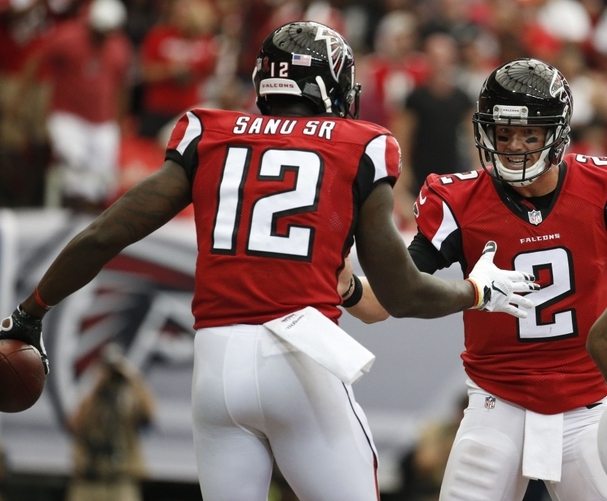 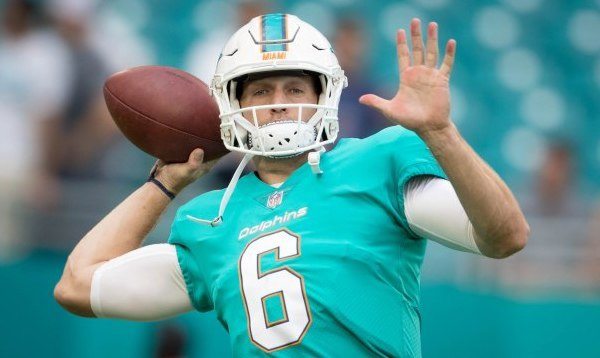 Although Cutler comes in $100 above our DraftKings’ mark, I’m still including him because I love his value on FanDuel this weekend. He gets to face a Jets defense that’s allowed the third most points to opposing QBs through two weeks, and allowed Tyrod Taylor to finish as QB6 in Week 1. I have more faith in Cutler and his weapons than Taylor and his cast, so I love the matchup. Miami has a solid point total of 23.8 and is favored by six points. While Jay Ajayi should get a healthy workload, I expect Adam Gase to use this as an opportunity to help Cutler build confidence with his passing targets in game action. He doesn’t have to do much to reach value as the 17th-priced QB on FanDuel, and I love the cheap stack of him and DeVante Parker.

I can’t confidently endorse any other QB that fits as a value play this week. It’s just one of those weeks where you should pay up at the position and look for discounts elsewhere. 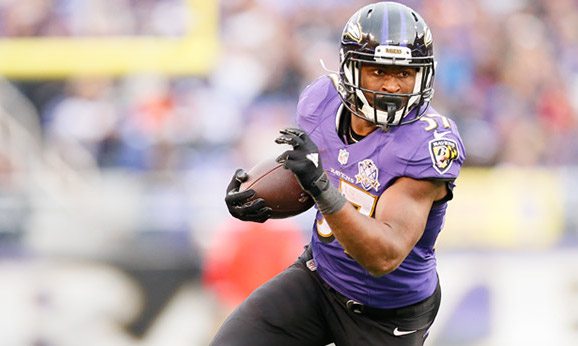 Allen makes his way on this list for the second straight week after playing 43 of 68 snaps in Week 2. He saw much more opportunity than starter Terrance West, who logged just 15 snaps after seeing 27 in Week 1. It appears that Allen’s receiving ability has made him more useful in the Ravens offense, so I’ll happily plug him into lineups this weekend at his depressed price. Through two games, Allen has seen the third most targets on the team with eight, and also leads the team with three red zone targets. The Jaguars have struggled thus far against the run as well, allowing 136 yards per game (fourth-most) and have allowed the 10th -most fantasy points to opposing running backs through two weeks. 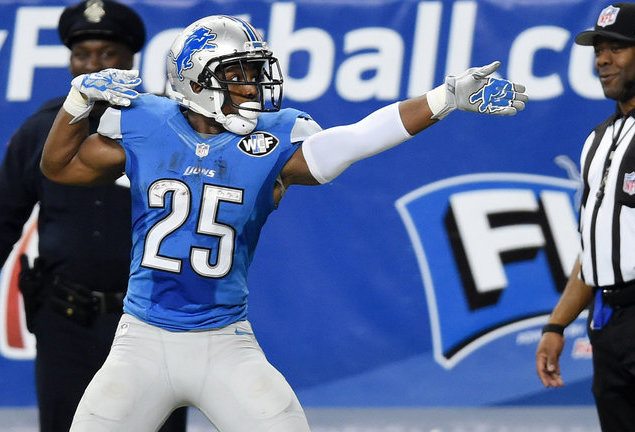 The Falcons allowed the most receiving points to opposing backfields in 2016, and that hasn’t changed at all in the beginning of 2017.  Bears running back Tarik Cohen caught eight balls for 47 yards and TD in Week 1 against Atlanta, and the Packers’ Ty Montgomery caught six passes for 75 yards and a TD in Week 2. That trend should keep rolling this weekend against Detroit, as Riddick finished 2nd in 2015 with 80 receptions, and averaged 5.3 catches in 10 games last year, which would’ve led the league if he was healthy for all 16. We can be encouraged by his running usage in Week 2 as well, seeing as he nearly split snaps with Ameer Abdullah (27 vs. 28) and rushed the ball nine times. I love Riddick in this matchup, especially on DraftKings for their PPR format. 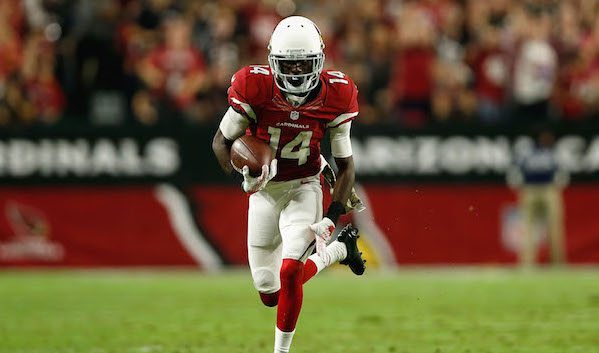 Nelson exploded for five catches, 120 yards, and a touchdown in Sunday’s win over the Colts. Teammate John Brown looks like he’ll miss a second straight game with a quad injury, so Nelson should be in line for plenty of targets once again. The Cowboys are coming off a week where they allowed the speedy Emmanuel Sanders to drop a 6-62-2 line, so Nelson (who ran a 4.28 at 2015 NFL Combine) should likewise cause trouble for this secondary. The 5-foot-10 welterweight isn’t necessarily longball dependent for touchdowns, either. Carson Palmer has targeted him three times in the red zone, including on a touchdown reception in Week 1. I like his chances to have a solid game on Monday Night Football, and his cost should help you fit in the big names. 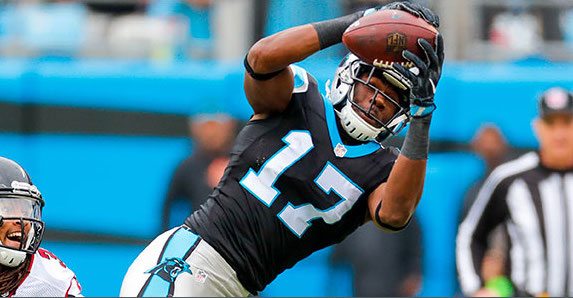 The third-year product from Michigan has actually led Carolina wide receivers in snaps through two weeks. He’s seen 102 against Kelvin Benjamin’s 86 on the season. His 6-foot-4, 225-pound frame should help fill some of the void that Greg Olsen left in the passing game, resulting in more targets going forward. No Saints cornerback is listed over six feet tall, and they’ve struggled against WR2s in the early going. They allowed Adam Thielen to catch nine passes for 157 yards in Week 1, and Chris Hogan hauled in five passes for 78 yards a touchdown last Sunday. After being #teamfade on the Panthers last weekend, I’m all systems go on Carolina this weekend.

The former Seahawk has found quick (fantasy) success with his new (losing) team, as he’s been the fifth-best fantasy wide receiver through two weeks. He’s caught 12 of his team-high 14 targets for 123 yards and two touchdowns. He made this list last week before going off for 64 yards and two touchdowns, so there’s no reason not to go back to the well this week. He’ll likely be lined up against Xavien Howard of the Dolphins, who ranked as the 71st coverage corner after his game against the Chargers. Josh McCown needs to throw to someone, and Kearse is the top option to receive the most targets once again.

This is the man leading the Falcons in targets and receptions entering their Week 3 matchup against the Lions. He’s caught 11 of 15 passes from Matt Ryan for 132 yards and is a legit WR2 behind Julio Jones. This game features the second highest point total (49) of the weekend and has a solid chance to become a shootout with Matt Ryan and Matthew Stafford at quarterback. The targets have been there, Sanu just hasn’t found paydirt yet off a season in which he caught eight TDs (including two in the playoffs). 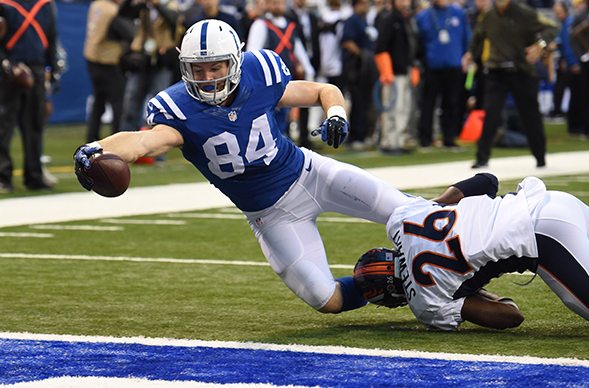 I’m overlooking Doyle’s price on DraftKings because I love his matchup so much this weekend. The Browns allowed the most fantasy points to opposing tight ends last season and have managed to repeat that performance through two weeks. Doyle has caught all nine of his targets since Jacoby Brissett took over as QB, totaling 99 yards. Brissett is just 12-26 for 149 yards when targeting wide receivers. This matchup can’t be any sweeter for Doyle, so I’ll be loading up on him in all formats this weekend. 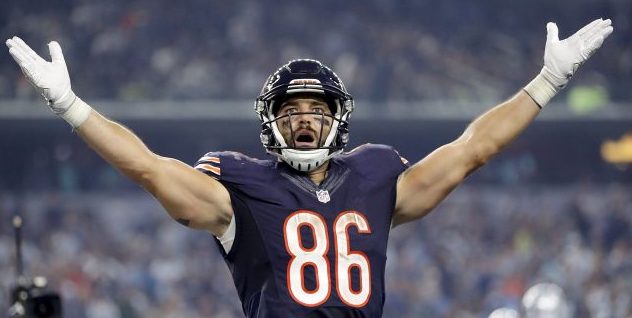 This is more of a volume play than a matchup one for Miller, as he’s seen 15 targets from Mike Glennon through the first two weeks. Out of those 15 targets are four red zone looks from Glennon, and the Steelers allowed six touchdowns to opposing tight ends in 2016. They’ve yet to allow one this season, but have given up 10 catches for 107 yards, so Miller has a solid floor entering Sunday’s game. Pittsburgh is currently seven-point favorites heading into Chicago, meaning the Bears will likely be a passing dominant team for the third consecutive week. Miller is so cheap and well worth a flier on both FanDuel and DraftKings.

The Cardinals are the lone value defense I’d consider playing this week. They saw the recipe Denver used in shutting down the Cowboys, as they took away Ezekiel Elliott and forced Dak Prescott to beat them. The Cardinals have allowed under 100 yards rushing per game on average in each of the last two seasons, and have allowed just 158 yards in two games this season. Forced to air it out at Denver with the ground game broken last week, Prescott attempted 50 passes and had two intercepted. Also, they have the ability to take away the Cowboys’ top two passing weapons, as Patrick Peterson will shadow Dez Bryant on top of allowing the second-fewest receptions and receiving yards to opposing tight ends last season, which could limit Jason Witten’s involvement. The Cards are definitely not Dallas’ ideal opponent.