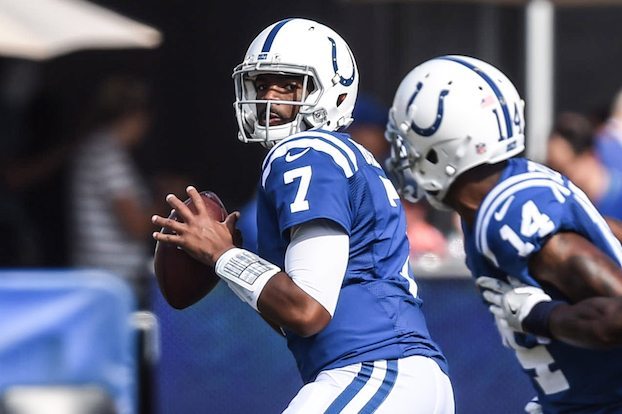 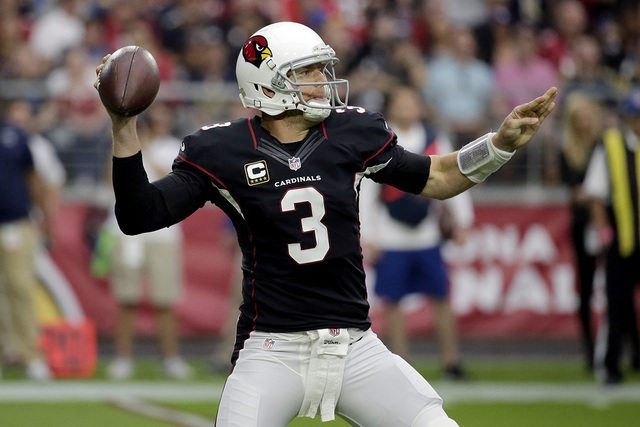 Palmer has been featured a lot in these articles, and now draws his fifth consecutive matchup against a defense that’s bottom 13 in terms of points allowed to opposing QBs. Tampa Bay lands fifth on that list, allowing 19.7 points per game to the position. Bruce Arians will dial up deep shots until Palmer’s arm falls off, indicated by their league-high 45.4 pass attempts per game. It’s remarkable that Palmer has thrown just six touchdown passes out of his 227 attempts, but his inability to find pay dirt has kept his price reasonable. I’ll keep targeting Palmer until Arians shows us any changes on offense, especially against a defense that’s allowing the most pass attempts (41.8) and second-most passing yards (309) per game. 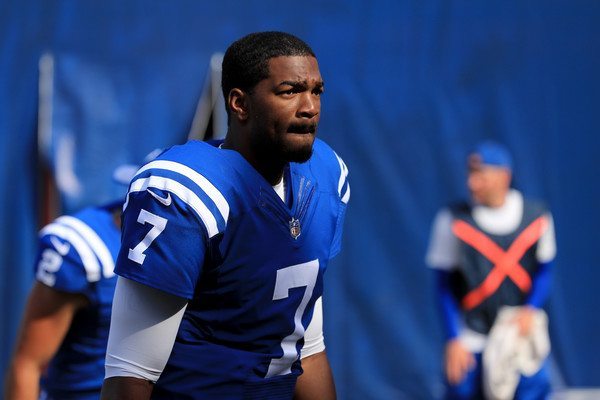 Even after Jay Cutler managed just 92 passing yards and a TD against the Titans, they’ve still allowed the third-most fantasy points to opposing QBs. Jacoby Brissett comes in after his first-career 300 yard passing game (came in an OT effort) and a QB9 performance against the 49ers. He’s looked like a more than capable fill-in for the injured Andrew Luck, and I expect that to continue against a weak Titans secondary. There is no spread on this game with Marcus Mariota’s status up in the air (strained hamstring), but I anticipate the Colts will be underdogs on the road regardless of who starts at QB for the Titans. Regardless, the Colts are unlikely to mount a big lead and start running to kill clock. His floor is also heightened by his rushing ability, as he’s picked up 61 rushing yards and three TDs over his last three games.

The departure of Adrian Peterson to Arizona only means good things for these two. Ingram should see the majority of Peterson’s seven rush attempts per game, after already averaging 14 in his last two games. And while Kamara has seen the majority of passing down work, Ingram also gets looks in the passing game, having already seen 22 targets through four games. Detroit has struggled against pass catching backs thus far, having allowed 291 receiving yards (fifth-most) to the position, which slightly favors Kamara but also gives a bump to Ingram. This game features the highest total of the weekend at 50, and the Saints possess the fourth-highest team total at 27.3. This should be a high-scoring affair in the Superdome (as ever), and I expect Ingram and Kamara to both get their fair share of looks coming off the bye week. 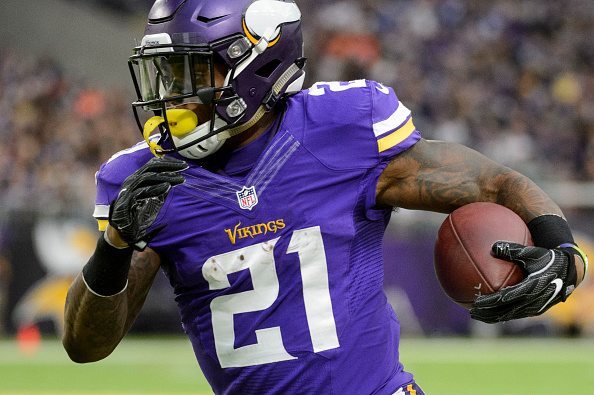 McKinnon showcased his speed and elusiveness on Monday Night Football, totaling 95 yards and a TD on 16 rushing attempts, as well as six catches for 51 yards. He out-snapped “starting” RB Latavius Murray 47 to 22, and also averaged 5.9 yards per carry to Murray’s 2.6. He’ll likely win the snap and touch battle against the Packers, giving him great value for a cheap back on both sites. Green Bay has allowed 100+ yards rushing in each of their last four games and have allowed the 13th-most points to opposing RBs on the season. McKinnon has value on the ground and in the passing game, so his floor is pretty solid for a value play, making him an enticing option this weekend in DFS. 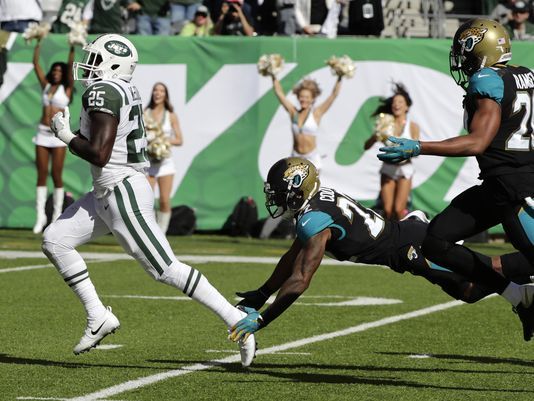 The Jets’ backfield will be a situation to monitor this week as Bilal Powell is questionable with a calf strain and Matt Forte has missed two straight weeks with a turf toe injury. McGuire would be in line to see the majority of that usage, as he’s seen 25 touches in the last two weeks. The sixth-round pick was drafted as more of a pass-catching back, which will pay dividends against a defense that’s allowed the most receiving yards (372) and most receiving touchdowns (3) to opposing RBs. New England has been vulnerable on the ground as well, having allowed 100 yards rushing per game (12th-most). If Powell and Forte are both sidelined, McGuire will be a great value play with the volume he’s expected to see against a struggling Pats defense. 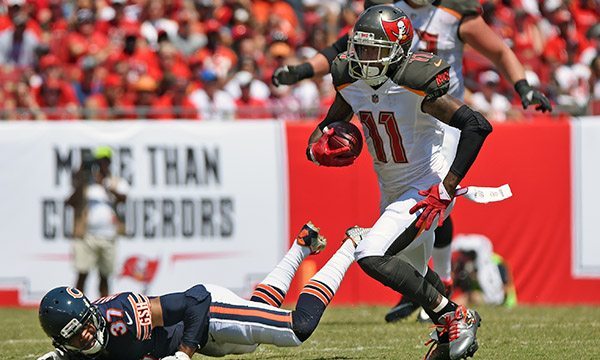 Believe it or not, the Cardinals have allowed the fifth-most points to opposing WRs this season. They’ve especially struggled against receivers not covered by Patrick Peterson (Mike Evans will see shadow), giving Jackson a huge opportunity to perform this weekend. He’s seen plenty of looks from Jameis Winston, averaging over seven targets per game. The Bucs will have 10 days to prepare for Arizona as well, a team that allowed a 59 and 72-yard receiving touchdown against the Eagles this past Sunday. Jameis and DeSean have just missed on their deep attempts this year, and I think this is the week they finally connect for a long TD. Make sure to have Jackson in some of your lineups, as he has the game breaking ability to put up a huge fantasy performance. 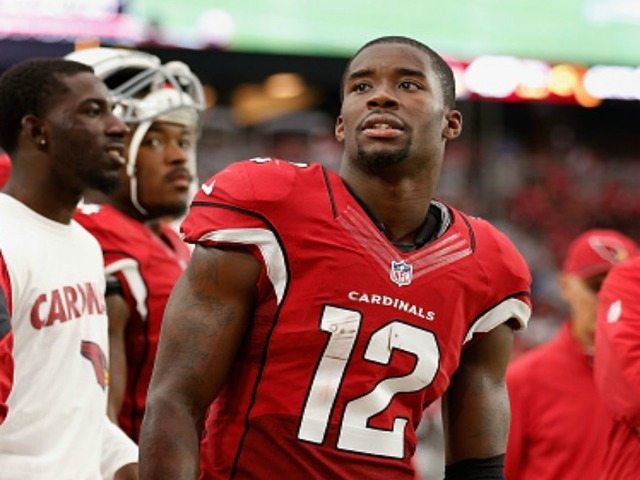 The matchup for the Cardinals’ passing offense couldn’t get any better this weekend, and John Brown is the value option I’m looking to target at the WR position. In a healthy Week 5, he saw 48 of 60 snaps while Jaron Brown played 36 and JJ Nelson played 32 (Fitz played 57). When he’s healthy, Brown is the clear number two and the main deep threat on the field. The Buccaneers have allowed the most fantasy points per game to the WR position, so this could be Brown’s breakout game. He should square off with Vernon Hargreaves, who is 101st in coverage rating out of 115 qualified corners, according to Pro Football Focus. He’s especially cheap on DraftKings, so make sure to fit him in there, but still consider him on FanDuel as he has the ability to bust open a game with his speed. 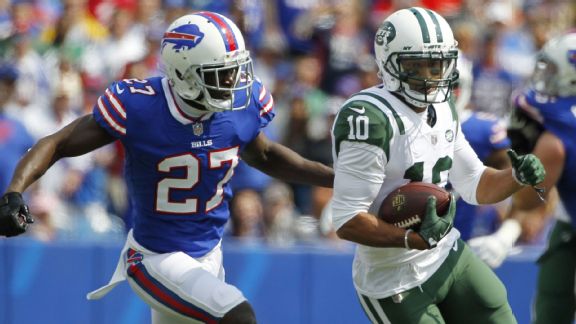 The Pats’ defense looked better last Thursday night against the Buccaneers, but that was a typical sloppy game for both teams after a short week, so I still think they can be exploited through the air. They’ve allowed the second-most receiving yards to WRs on the season, and have allowed the fifth-most points per game to the position. Kearse remains the most reliable target for Josh McCown, having caught 24 of 31 targets and three touchdowns on the season. The Patriots should be able to build a solid lead (they’re 9.5-point favorites), so the Jets will be required to air it out. Kearse should see plenty of looks this Sunday and makes for a solid value play on either site. 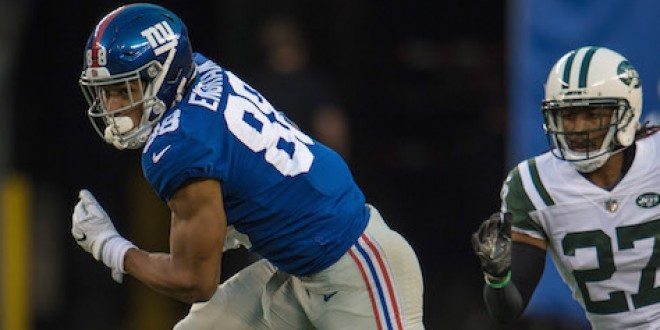 It was a weird Week 5 for Engram, as he saw a season-low four targets and didn’t catch any of them. It’s especially strange because the Giants lost Odell Beckham Jr., Brandon Marshall, Sterling Shepard and Dwayne Harris during the same game. With Beckham and Marshall done for the season and Shephard expected to miss this week, Engram should be the focal point of the passing offense against Denver. The Broncos have allowed the seventh-most points per game to opposing tight ends, making for an even better matchup for Engram. I expect he’ll see close to 10 targets this weekend, making him a great play on either site for his price. 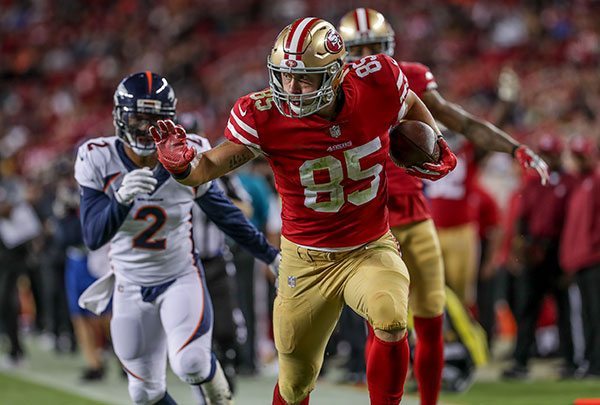 The rookie out of Iowa made a splash against the Colts in Week 5, hauling in seven of eight targets for 83 yards and a touchdown. He’ll now head to Washington to face a Redskins defense that’s allowed the third-most points per game to opposing tight ends this season. It’s a revenge-game for head coach Kyle Shanahan, who was the OC for Washington for four years. He’ll be able to design a game plan to exploit the Redskins’ weaknesses, and I think Kittle will have a solid role in that plan. Have confidence sticking him in your lineups this weekend.