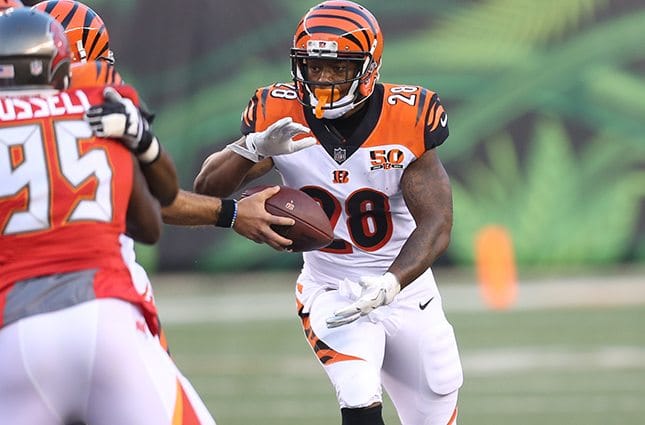 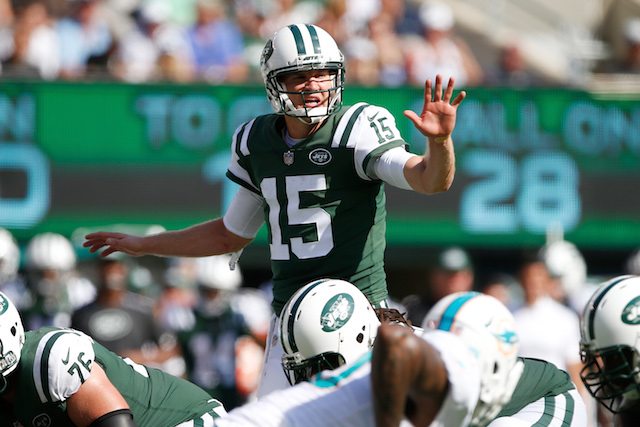 The 38-year old QB has exceeded expectations through seven weeks and has another solid matchup against the Falcons. Atlanta was ranked 27th in overall defensive DVOA after Week 6, and just surrendered 20+ points for the sixth-consecutive week. The Jets are currently four-point dogs at home, which should create a positive game script for McCown and the passing offense. He’s averaged over 20 fantasy points per game in the last three weeks, totaling seven passing touchdowns in those games. McCown makes for a solid value option this week, as he should be playing from behind and will be at home against a defense that’s struggled to stop opposing offenses thus far. 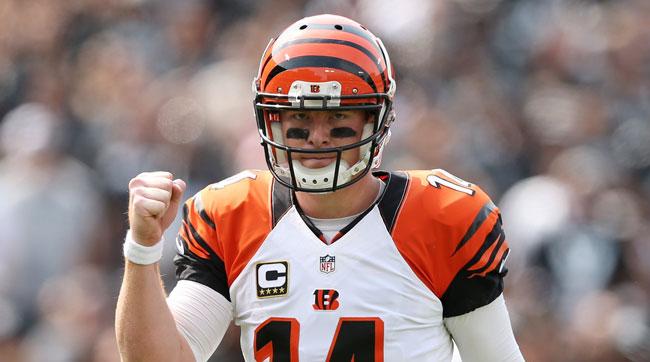 Dalton has had a tough fantasy schedule in the early going, with four of his six starts coming against teams in the bottom half of the league in fantasy points allowed to QBs. He’ll have a much more favorable matchup this weekend against the Colts. Indy has allowed the sixth-most fantasy points per game to quarterbacks (19.2) and has surrendered 300+ yard passers in five of seven games, including three in a row. Dalton has taken advantage of his softer matchups this season, averaging 250 passing yards and three touchdowns in two games against Green Bay and Cleveland. I like his chances of posting a solid week once again, and think he makes a great value against a weak Colts secondary.

The rookie made headlines this weekend for complaining about a lack of touches after Cincinnati totaled just 19 total yards in the second half in their loss to the Steelers. The 10 touches were his lowest since OC Bill Lazor took over in Week 3, and I expect that number to rebound near the 20-mark this week against the Colts. Indy has allowed the third-most points per game to opposing RBs this season. They’ve allowed 170+ rushing yards and two TDs in each of their last two outings. Mixon should have no problem reaching value this week as he’s cheap on both sites, and I think this is the game we could really see the rookie break out and show his true (fantasy) potential. 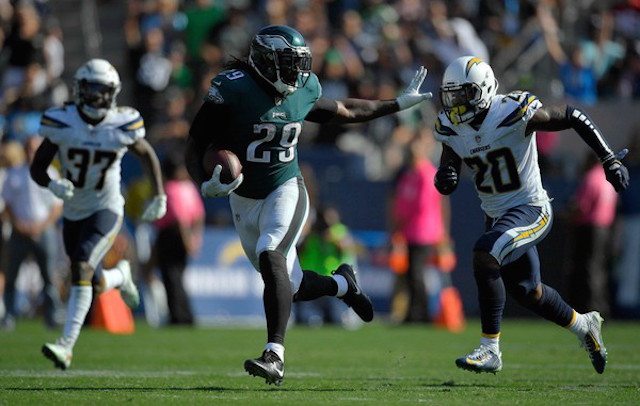 It’s not the easiest task to project Blount’s workload from week to week, but this matchup should benefit him and the running style he possesses. San Francisco has allowed the most fantasy points to opposing running backs and will be traveling across the country to face the NFL’s best team (record wise at least). Blount has remained the lead back in Philly, seeing at least 12 carries in every game he’s played this season. The Niners are currently allowing the most rushing attempts per game (34.3). The Eagles enter the game as 13-point favorites, so they should be focusing on the running game most of the second-half. I like Blount’s opportunity to approach 20 carries this week, which could lead him to a solid fantasy week against the NFL’s most generous rushing defense. 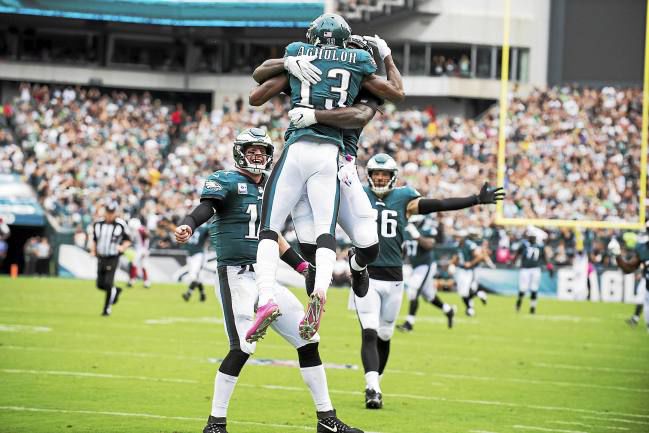 This game has all sorts of fantasy goodness for the Eagles, and Agholor is another player who should benefit from this matchup. The third-year receiver has seen his fantasy stock go way up this season, as he’s hauled in five touchdowns through seven games. He’ll now face a Niners defense that’s allowed the eighth-most fantasy points and seven receiving touchdowns to opposing receivers, which is tied for seventh-most. We saw the Cowboys absolutely feast on this defense in Week 6, and I expect Philly to do the same. Therefore, Agholor provides some great value once again at the WR position. 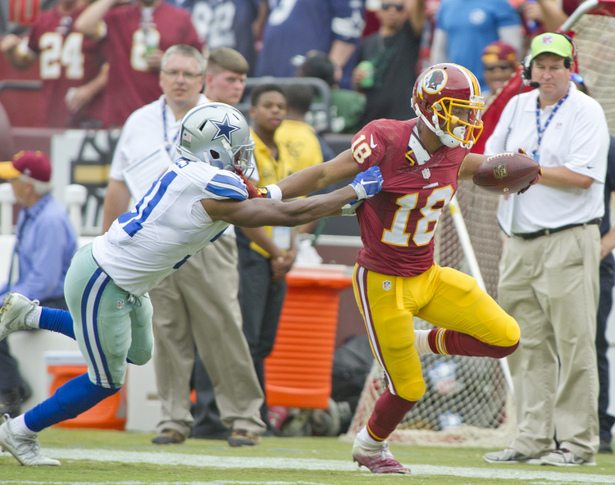 The wide receiver rotation for Washington seems to have changed as Doctson played a season-high 84% of snaps while Terrelle Pryor saw a season-low 47%. Jay Gruden acknowledged that Doctson was drafted to be their future number one option, and he seems to have made the decision to increase his playing time since Pryor has been a pretty big bust this season. The 2016 first-round pick will now square off against a Cowboys defense allowing the sixth-most fantasy points per game to opposing receivers. This game possesses the highest total of the weekend at 50.5 points, so we should expect scoring on both sides. Doctson is a clear first-round talent and should see plenty of work now that he’s garnered WR2 snaps for the Skins. 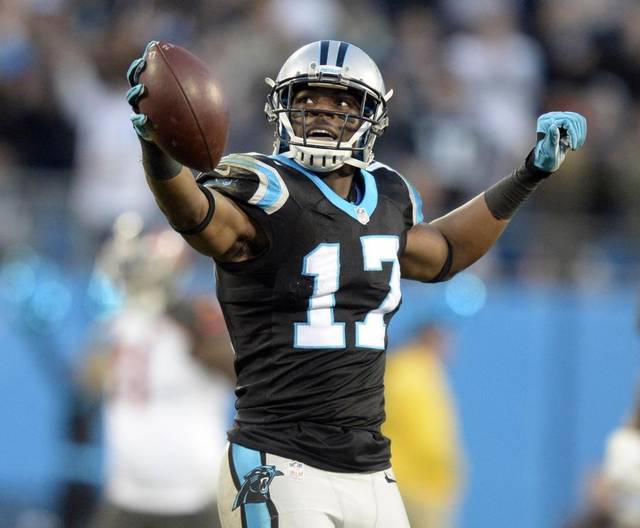 The former Michigan Wolverine has become a top option in the passing game for Cam Newton once Greg Olsen broke his foot in Week 2. He’s out-targeted Kelvin Benjamin 44-31 in those five games and leads Carolina WRs with six red zone targets this season. He’ll now face a Tampa Bay defense allowing the second-most points per game to opposing WRs. The Bucs are also messing with their defensive alignment, as they moved slot corner Robert McClain to the outside and moved Vernon Hargreaves into the slot. Both rank in the bottom 20 in coverage rating on Pro Football Focus, so we don’t even really need to worry where they’ll be lining up. All we need to worry about is fitting Funchess into lineups this weekend, as he should see plenty of looks from Cam Newton once again. 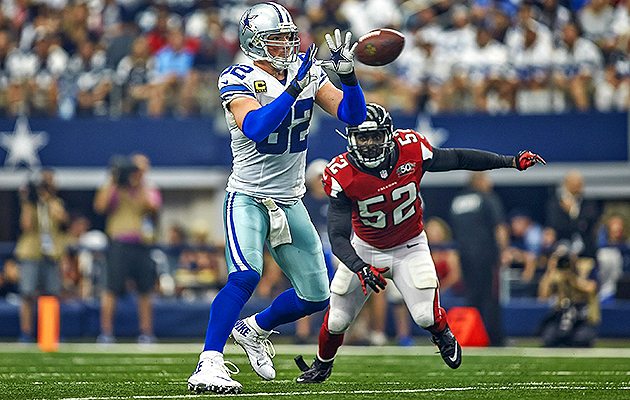 With the highest total of the weekend (50.5), this game should feature plenty of fantasy scoring. Witten is my favorite value play on the Dallas side, as Washington has allowed the second-most fantasy points to opposing tight ends this season. They’ve allowed 100 yards or a touchdown to the position in five of six games this season. Witten has the most receptions on the Cowboys (32) on the second-most targets (43), so I expect Prescott to look his way plenty in this matchup. Fire Witten up with confidence this week.

This isn’t the best spot in the world for Pittsburgh’s defense on the road, but I still believe this matchup will provide solid fantasy output for the Steelers D/ST. Pitt is currently second in the NFL with 24 sacks, while Detroit has allowed 17 sacks in their last three games. They’re tied with Denver for the league lead in total yards allowed per game (just 258), while the Lions average 298 total yards, seventh-fewest in the NFL. The Steelers should be able to handle Detroit, and their cheap price on both sites this week offers us a solid value at defense.