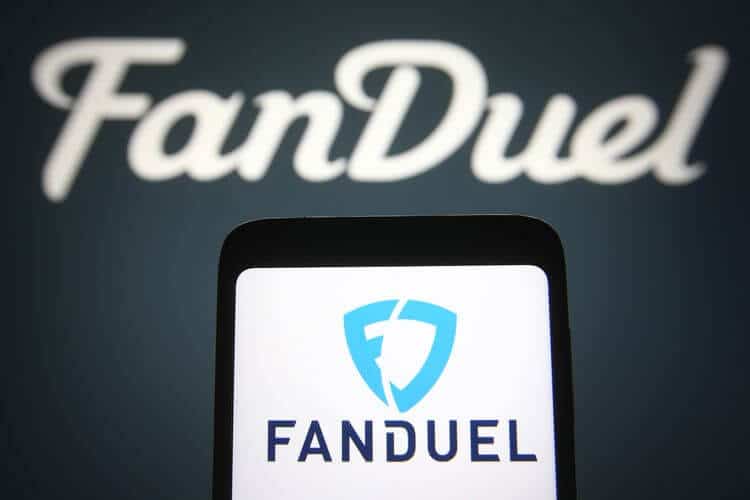 Thursday afternoon, FanDuel posted a company-branded image of the “Batman bat signal” on its Twitter account with the simple caption, “See you Saturday, New York.” The post added excitement for New York bettors learning midday Thursday that they’d soon be able to place mobile wagers within the state.

Legal mobile sports betting is headed to the Empire State, as four sportsbooks are set to launch in New York as soon as 9 a.m. Saturday. Caesars, DraftKings, and Rush Street Interactive will join FanDuel as the first four sportsbooks to launch mobile offerings in the state.

FanDuel is offering a pre-launch promotion for New Yorkers excited to join the legal mobile sports betting world. For those who sign up before FanDuel goes live Saturday morning, the sportsbook will credit their account with $100.

Currently live online in 12 other states, FanDuel’s entry into the New York market will give it a mobile presence in 13 states. FanDuel is also live online in three neighboring states: Pennsylvania, New Jersey, and Connecticut. Louisiana is expected to launch mobile betting by the end of the month, giving FanDuel an online footprint in 14 states.

FanDuel is no stranger to New York. The sportsbook operator has a retail sportsbook at Tioga Downs Casino Resort, which is located in Nichols. It features eight betting windows, 27 video displays, 12 lounge seats, and seven high tables. In total, more than 50 customers can sit in the sportsbook at one time.

Additionally, FanDuel formed a partnership with MSG Networks in November 2019, becoming the official sports gaming partner for MSG’s broadcasts of the New York Knicks and New Jersey Devils. The New York Liberty also has a partnership with FanDuel, as the sportsbook operator’s logo appears on the WNBA team’s jersey.

The company also wasted no time connecting with the Buffalo Bills, becoming the official mobile sports betting partner of the Super Bowl contender on Thursday.

“The Bills take pride in being a culture that is built on genuine connection with their fans, and we are absurdly fan-focused at FanDuel, making this a natural collaboration,” Mike Raffensperger, CMO of FanDuel Group, said in a statement. “As we prepare to bring America’s #1 sportsbook to New York state, we will collaborate with the Bills to bring unique content and experiences to one of the most loyal fanbases in sports.”

FanDuel, like any major operator, features plenty of single and futures wagers that customers can bet. Where the sportsbook really stands out from the crowd, however, is the company’s wide range of parlay offerings.

Same Game Parlays are easy to create, as the FanDuel app includes a separate tab on the top of each game that shares available props and spreads to help users easily form a single-game parlay.

Whether a New Yorker wants to place same-game parlays or standalone bets this weekend, they’ll have options at FanDuel, and they’ll also have plenty of opportunities to bet on their favorite in-state teams. The New York Knicks are in action Saturday against the Boston Celtics, and the Brooklyn Nets host the San Antonio Spurs on Sunday. Both the Knicks and Nets rank in the bottom half of the NBA against the spread, despite being in the thick of the playoff conversation.

It’s also a busy week on the gridiron, as the Bills (-16.5) aim to secure the AFC East with a win over the New York Jets. Thanks in large part to New England’s recent dominance, the Bills haven’t won the AFC East in consecutive seasons since winning the division from 1988-91. Buffalo won the division last year, and it only needs to get by the lowly Jets to win the AFC East again.

The Bills are the fourth team since the 1970 merger to be favored by at least 14 points six times in a season, per @ESPNStatsInfo, including Sunday vs. the Jets (-16). With a win, Buffalo would become division champs at home for the first time since 1995.https://t.co/5lB3Yidjti

The New York Giants (+7) host the Washington Football Team in what could be a glorified pillow fight, as neither team holds playoff aspirations entering the final week of the regular season. It is worth noting, however, that Joe Judge took a verbal jab at the WFT a few days ago.

“This ain’t a team that’s having fistfights on the sidelines,” Judge said of his team. “This ain’t some clown show organization or something else, okay?”

Washington Football Team players recently got into a scuffle on the sideline during a blowout loss to the Cowboys. While the on-field product figures to be a bit of a slog — the point total for the game sits at 38 at FanDuel — at least there’s some off-field drama to add intrigue to the divisional matchup.