Operator is the only one approved so far, but lottery says additional approvals and launches are 'imminent' 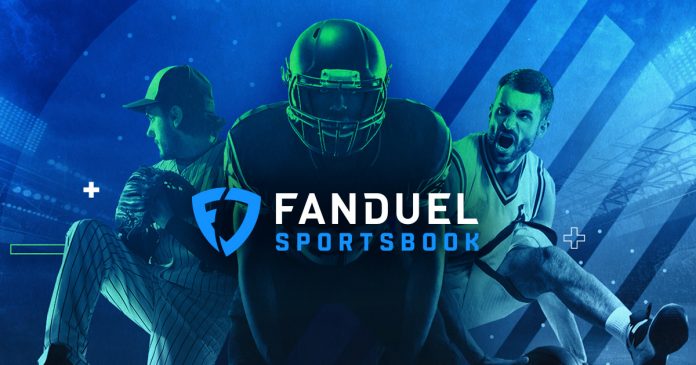 A Virginia Lottery spokesperson confirmed to Sports Handle via email that FanDuel is the only operator approved so far, and said, “Decisions on additional permit awards are imminent, and we anticipate more than one sportsbook will be in position to begin accepting legal wagers from Virginians in time for the Super Bowl on Feb. 7.”

In addition, FanDuel was “granted ‘substantial and preferred consideration’ by the Virginia General Assembly,” according to the Lottery.

Several stakeholders expressed surprise and frustration that FanDuel, which we review here, was given the go-ahead solo. None would speak on the record.

FanDuel’s Virginia debut came one day before Michigan regulators plan to launch 10 operators — including FanDuel. There has been much anticipation surrounding both Virginia and Michigan going live in the industry.

Brandt Iden, now the director of government affairs for Sportradar but formerly the lawmaker who authored Michigan’s sports betting and iGaming law, shared his thoughts about Friday’s Michigan launch.

“We’ve got 10 operators approved to go on Friday, we’ve got some great NFL football this weekend, and because of all the marketing that’s happened, the sign-up bonuses out there, people are excited,” Iden said during the webinar. “There’s a lot of excitement out there, I’ve been getting a lot of calls.”

The Virginia Lottery said it received 25 sports betting operator applications for a limited number of spots. Though the law reads that there can be a “maximum of 12” digital sports betting licenses issued, that number is a bit of a moving target because operators tied to professional sports organizations are not counted toward the maximum.

There’s also a bill making its way through the Virginia General Assembly that would increase the cap on the number of available licenses. As of now, though, operators tied to any of the four voter-approved casinos have market access, as well as operators tied to the Washington NFL Team and, possibly, Major League Soccer’s DC United. Beyond those, there are a handful of stand-alone mobile licenses. Currently, pro sports organizations are not counted toward the license cap, but should the latest proposal become law, the casinos would also not count against the maximum, thus extending the cap.

FanDuel’s partnership with the Washington NFL Team dates to 2014, when the two signed a “strategic partnership” for daily fantasy. The deal involved putting FanDuel’s logos at FedEx Field and across social media platforms.

-FanDuel cuts the line in Virginia by pairing with the WFT

-Other companies caught off guard, race to launch before Super Bowl

-What it means for a new WFT stadium…..https://t.co/xpoMShQw8i

Per the law, those organizations get “substantial and preferred consideration” for sports betting in Virginia, which likely explains why FanDuel was the first to get a go-live approval. The company also has a partnership with Major League Soccer’s DC United, which has a practice facility in Virginia. It’s not clear if the United meet the criteria — 100 employees and a $200 million payroll — to get that special treatment.

Per the law, operators partnered with casinos should also get “substantial and preferred consideration:”

6. If casino gaming is authorized under the laws of the Commonwealth, then in issuing permits to operate sports betting platforms, the Director shall give substantial and preferred consideration to any applicant that (i) has made or intends to make a capital investment of at least $250 million in a casino gaming establishment, including the value of the real property upon which such establishment is located and all furnishings, fixtures, and other improvements; (ii) has had its name submitted as a preferred casino gaming operator to the Department by an eligible host city; and (iii) has been certified by the Department to proceed to a local referendum on whether casino gaming will be allowed in the locality in which the applicant intends to operate a casino gaming establishment.

Hard Rock, Caesars/William Hill, and Rush Street Interactive all have market access via casino deals. It’s not clear if any of those operators have met the requirements for special consideration yet.

WynnBet is hoping that its partnership with two NASCAR venues will allow it access, though a Virginia Lottery spokesperson previously said the tracks don’t fall under the same umbrella for preference as the NFL team.

Several other operators have sought access to Virginia —BetMGM and PointsBet revealed that they had applied or were seeking access during quarterly report conference calls last year, and Zen Sports tweeted that it had completed an application.