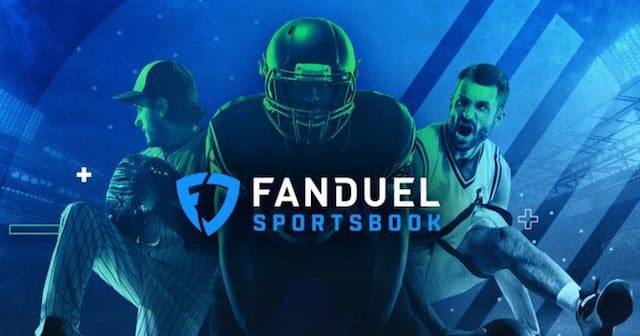 FanDuel Group announced an expanded partnership with Sportradar AG Tuesday under which the company will become the first U.S. sports betting operator to offer live betting odds alongside streaming broadcasts.

The content will be offered on FanDuel’s website and mobile betting app via Sportradar’s Live Channel Online platform. During FanDuel’s initial roll out, the content will be limited to mid-level tennis matches and European soccer matches outside the English Premier League and UEFA Champions League. For bettors unfamiliar of the product, the live streaming product is similar to one in horse racing where live odds are displayed prominently during the course of a race.

“We have been longstanding partners of both FanDuel and parent company PaddyPower Betfair across a wide range of betting and fantasy services,” said Neale Deeley, Vice President of U.S. Sales and Gaming at Sportradar. “We’re proud to be an ongoing part of their U.S. expansion plans.”

"We are really excited to bring live streaming to the US market with @FanDuel."

The announcement regarding the expanded partnership between the companies was first reported by Bloomberg on Monday.

FanDuel decided to move forward with the initiative following a successful testing phase at January’s Australian Open. During the season’s first major, FanDuel tracked numerous data points including the number of hits on its website and key differences between consumer engagement on its mobile and online platforms.

Over the two-week tournament, approximately 70 percent of FanDuel’s customers placing wagers on the Australian Open also viewed the live stream, Niall Connell, general manager of FanDuel Sportsbook told Sports Handle. FanDuel recorded its top metrics from a streaming perspective during Serena Williams’ quarterfinal defeat to Karolina Pliskova, a match that ended late in the evening on the east coast.

“It basically showed that this deal from an economic perspective will pay for itself,” Connell said.

“It adds a lot more value to the sports that are less relevant to the American consumer, it just makes the overall product and experience more engaging,” Connell said.

While betting on major sports such as the NFL, NBA, MLB and NCAA football and basketball represents a large percentage of the handle for legal operators in New Jersey, Connell has been encouraged by the company’s metrics for both tennis and soccer. Currently, the two sports comprise about 15 percent to 20 percent of FanDuel’s overall handle in the Garden State, a level he said has exceeded the company’s expectations.

FanDuel, which was acquired by Paddy Power Betfair in 2018, already has a mature product offering for tennis after decades of building the product outside the U.S. Customers that enter the site to watch live streaming of select tennis matches will also be able to engage in point-by-point betting, wager on the winner of the next game and predict which player will capture the next set.

For smaller events, Connell said that it is highly likely that the addition of live streaming could increase the handle on soccer and tennis matches by a factor of two to three times its current rate. Although FanDuel could expand its live stream offerings in the coming months, Connell noted that it is unlikely the company will add a niche sport like Australian Rules Football for the time being. For now, FanDuel is targeting other soccer and tennis events as more attractive rights become available.

In 2016, the NBA extended a multi-year broadcast agreement with ESPN and Turner through the end of the 2024-2025 season. The deal included expanded television and digital rights, ESPN reported. Last November, MLB extended its national television deal with Fox Sports through the 2028 season.

“I don’t see a world where the premium, top tier events are being streamed in the five-year horizon,” Connell said.

Connell foresees a scenario where a top U.S. league could limit its premium content to its broadcast partners, while it offers its less-viewed content to sports betting partners. In such a case, a sports betting operator may gain the rights to a weeknight game between the Suns and Hawks, but not a Saturday primetime matchup featuring the Warriors and Rockets. The model could be based on one prevalent in Europe where bettors cannot watch a Manchester United-Liverpool match on a mobile betting app, but can view a second or third division contest from their mobile device.

While FanDuel does not expect to offer streaming broadcasts of grand slams such as Wimbledon and the U.S. Open in 2019, Connell said it plans to make the content available for a patchwork of other tennis events.