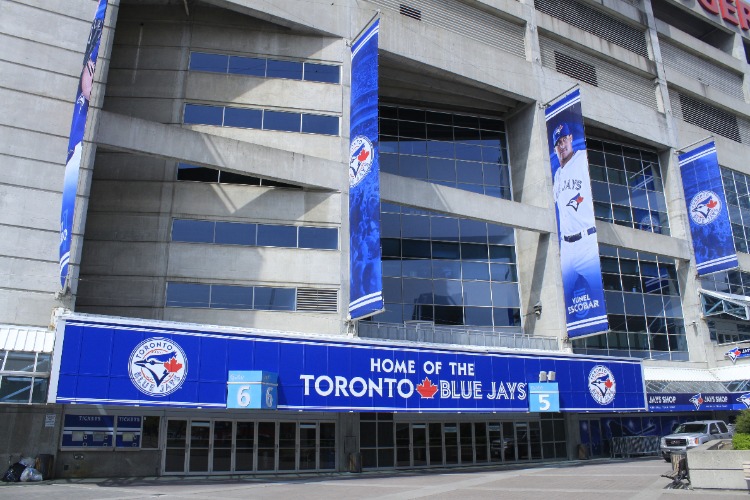 When wagering first began in Ontario, FanDuel ran responsible gaming ads for the first five days. Why? It was a way to build brand recognition in a market that has stringent advertising and marketing regulations that are markedly different from those in most U.S. states.

Those rules have already resulted in fines for both BetMGM and PointsBet. Now there’s new competition and advertisements from DraftKings, which went live last week nearly seven weeks behind the pack.

The end game for FanDuel in running those responsible gaming ads is brand recognition. Like all other U.S.-based operators, FanDuel is trying to find a way into a market that is culturally different from the U.S. Learn more about the site’s Ontario product in our full FanDuel Sportsbook review.

“It’s about building trust and positive space in people’s minds,” FanDuel General Manager for Canada Dale Hooper told Sports Handle. “People don’t care if you’re from Canada — they care if you have a great quality product that is relevant for them.”

FanDuel was among the initial group of operators that went live on April 4 in Ontario, the first province in Canada to launch. Wagering elsewhere in the country is operated only by provincial lotteries for now, and the expectation is that Alberta or British Columbia will be the next to come online with competitive markets.

FanDuel has been trying to get the attention of Canadian bettors in various ways. Besides leaning into responsible gaming at the outset, FanDuel’s Ontario platform is decidedly Canadian-focused. The company offers many of the same wagers and opportunities as it does in the U.S., but when you log on in Canada, the first things you see are Canadian teams and athletes.

“We surface Canadian teams and players, so when the World Cup went up, we had a whole bunch of Canadian-specific odds,” Hooper said. “When we did the Masters, we surfaced some specials around Canadian players. Canadians want to bet on Tiger Woods or the Golden State Warriors, but they want to know that we know who they are interested in.”

Another key question at FanDuel is what odds should look like on its Canadian platform. In the end, the decision was to offer American-style (moneyline) odds over the European-style (decimal or fractional) version. While American-style odds take precedence for now, there are plans to create a chance for bettors to toggle between the two.

FanDuel has not emulated other companies that have embraced the idea of celebrity marketing. As examples, NHL stars Wayne Gretzky and Connor McDavid work with BetMGM and PointsBet Canada has a marketing agreement with the Trailer Park Boys.

FanDuel has shied away, and not just in Canada, from big-name brand ambassador partnerships. It does have a partnership with TSN, the country’s leading sports network, as well as with Maple Leafs Sports and Entertainment and Bell Media.

Basketball popular and World Cup likely will be

The challenge so far has been sorting out what Canada wants. Both Hooper and FanDuel executive Cory Fox say they expect plenty of wagering on the World Cup, as Canada’s team has qualified for the event. Many predicted that hockey would be king in the new market, and while Canadians embrace it, it may not be all that suitable for in-game betting. The game moves fast, and there appear to be fewer opportunities for in-game wagering, so it may take a while to educate consumers on how to wager more actively on the sport.

The host cities for the 2026 World Cup in Canada, Mexico, and the United States look set to be named by FIFA on June 16. Edmonton, Toronto, and Vancouver are candidates for Canada.

Though the Alcohol and Gaming Commission of Ontario has yet to release its first revenue report, multiple operators have reported basketball — not hockey — has emerged as the most popular sport to bet on, including for in-game betting. The country rallies around its only NBA team, the Toronto Raptors, who exited the playoffs after the first round.

Baseball will also surely crack the top three, as the Blue Jays are in the mix in the AL East and baseball offers myriad opportunities for in-game wagering. The game also moves slowly enough to allow bettors to place in-game wagers.

“Everyone would assume that hockey would be huge, huge!” Hooper said. “Oh, it’s Canada! It’s huge. We didn’t necessarily believe that, and we did some research. It gets watched, but it doesn’t have the same propensity for prop bets — there are only six or seven goals per game or only one or two players get points. But we didn’t grow up [betting on hockey]. Hockey pools have been the norm.”

FanDuel, like other major brands, has also had to contend with a vibrant gray market in Canada. As U.S. states legalize sports betting, the mantra is that the goal is to stamp out illegal wagering. Until Canada legalized single-event wagering, it was legal to play in pools or bet on parlays through provincial lotteries.

The new law decriminalized single-game betting and opened a new window for companies like bet365, which had long been offering wagering in a gray market. It wasn’t explicitly illegal, but nor was it regulated, and such sportsbooks were able to thrive.

Bet365 has since gone through the application process and is now a legal operator. But it has a leg up on every other big-name operator because it’s been active there and has an existing database of users. Both DraftKings and FanDuel have had a similar advantage in the U.S. — they have had daily fantasy databases in many states ahead of legal wagering and were able to convert those players to sports betting.

For FanDuel, the game plan in Canada is different and continues to evolve. The company says it will listen and adapt as time goes on.

“We’ve gone into Ontario with the idea that we can’t just throw FanDuel Sportsbook into the market and dominate,” Fox said. “We need to bring in a tailored experience for Canadian users.”