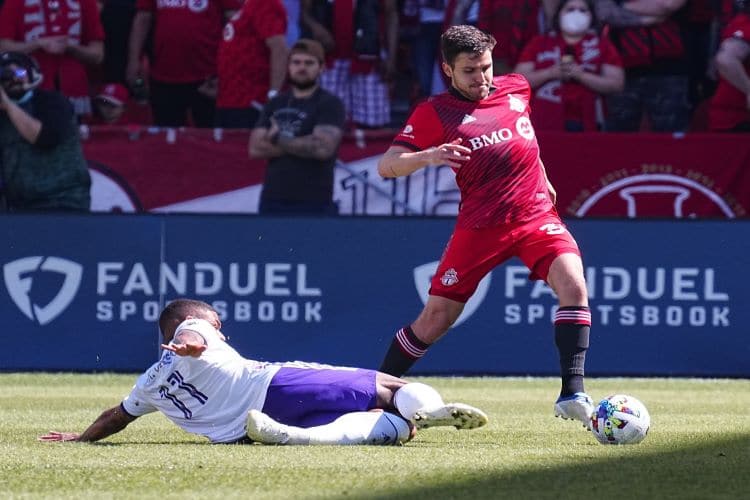 FanDuel was one of the first operators to launch in Ontario on April 4, and it took the historic step of entering the market with advertising centered purely on responsible gambling.

“Nowhere in the world has this ever been attempted, and we’re very proud to have delivered a safer gaming message during a key moment of acquisition and still rank among the top three operators in the market,” a FanDuel spokesperson told Sports Handle in an email.

According to a report obtained by Sports Handle from Barclays Equity Research, FanDuel had a 20% share of the sportsbook app downloads in Ontario in the first 10 days after launch. Only theScore Bet (24%) and bet365 (24%) had more downloads than FanDuel.

Gray market operators had already been doing business in Ontario, and all across Canada, for many years prior to the launch of Ontario’s regulated iGaming and sports betting market. So it’s not surprising that bet365 is still a preferred sportsbook for many Ontarians.

TheScore, which is headquartered in Toronto and previously had a strong brand presence in the province due to its successful sports news app that has over 4 million monthly users, announced a major partnership with Canada’s only Major League Baseball team, the Toronto Blue Jays, just days after the opening of the provincial market.

“Ontarians probably didn’t know that [single-event betting] was illegal [or] that they were playing in the gray market,” Dale Hooper, general manager at FanDuel Canada, told Sports Handle. “Over the long term, when you’re building a brand, it comes from a position of trust and a foundation of trust. For us, we take responsible gaming very seriously. We don’t want any of our loved ones to place a bet they can’t place. Safety in the industry and ensuring we make it safe, sustainable, and fun is really important.

“We decided, coming into the market, why not do something completely different? I think it stood out. For the first five days, all we ran on television was our responsible gaming ad. It was the first time that FanDuel has done that in any market that they’ve entered.”

Hooper said FanDuel is committed to doing some extensive research around responsible gambling in Ontario over the coming months and years, and that RG will continue to be a priority for the company.

Ontario’s two regulators, the Alcohol and Gaming Commission of Ontario and iGaming Ontario, have implemented strict advertising guidelines in the province with the intention to limit public visibility of inducements and bonuses from operators. A pair of operators in the province were recently fined by the AGCO for violating those standards.

“No new tech industry launches without a few glitches along the way,” Hooper said. “I applaud the AGCO. I think the way that they’ve approached the market is in a way that is safer for Ontarians. We’re fine with the approach, because at the end of the day, the industry needs to prove that it’s safe. No advertising of inducements was a very important thing. I think what it does is that it enables to build a trusted brand through your points of differentiation, not just price, price, price, price. It lends itself to a better customer experience.”

Although official revenue numbers have yet to be released, FanDuel is pleased with its betting volume in Ontario thus far.

“It has been a great launch,” Hooper said. “People in Ontario were certainly ready and eager to try the new brands and operators that have come into the market. We’ve been very happy with their energy, feedback, and their focus on giving us a try. We’re really happy with where we’re at.”

Many operators have reported basketball events as being the most popular markets in the early days of the market, and FanDuel is no exception.

“People love stars,” Hooper said. “The NBA is a star-driven league. And they love the prop bets around those stars. There’s so many lines and markets you can work across. People love the NBA whether the Raptors are playing or not.”

Hooper says MLB, NBA, and NHL have been the most popular markets at FanDuel, but there’s also good user interest in global games like soccer and tennis. The sportsbook is also getting positive feedback from users on its speedy payouts, as Hooper says FanDuel’s secure banking options allow it to pay out winnings within two hours.

As of Tuesday morning, there were 22 iGaming websites live in Ontario, with many operators expected to launch in the province in the coming weeks and months. One of FanDuel’s biggest competitors in the U.S., DraftKings, is now licensed with the AGCO and will be joining the fold shortly.

DraftKings undoubtedly has “a lot of people that have wanted to play with them for awhile. We never take them lightly,” said Hooper. “But here in Ontario, the gray market operators have the advantage. There’s no question. They’ve just got the customer base — they’ve been here for a while. Our biggest competition will be the operators that have been here previously.”

Pinnacle and Betway are two major international operators expected to become regulated in Ontario shortly. Betway, in particular, had been a popular operator with Canadians prior to the launch of the regulated betting market, according to the Barclays report.

Although FanDuel has been a popular option for Ontario’s sports bettors so far, it recently upset daily fantasy sports bettors in the province. On April 1, FanDuel announced it would no longer be offering DFS games in Ontario due to “changes in government regulations” and the lack of shared liquidity with other jurisdictions.

New partnerships with MLSE and TSN

FanDuel marked its launch in Ontario by inking two strategic partnerships — one with Maple Leaf Sports & Entertainment and the other with TSN.

FanDuel is very proud to become an official Sportsbook of MLSE—a major pillar in Canadian culture. Ontario fans' passion for the Maple Leafs, Raptors, TFC and Argonauts is unparalleled, and FanDuel is excited to help fans engage further through elevated viewing experiences. pic.twitter.com/5aspPDGwFy

There are no plans for FanDuel retail betting kiosks at MLSE venues yet, as current regulations don’t allow for it. The expansion of sports betting into retail markets is next on the agenda for Ontario’s regulators, but there’s no timetable for it yet.

“How fun is this?” he said. “You got a partner with the No. 1 iconic sports brand that knows how to tell stories. They’ve got all the marquee events: football, Leafs, Raptors, NBA, World Cup of soccer, and all of the major tournaments in both golf and tennis. We want to combine our data analytics and our world-class oddsmakers into the storytelling of TSN. Putting a little data behind a narrative is actually what will make it fun for sports betting.”

Hooper is also really interested to see how Ontarians engage with the CFL. He believes a huge opportunity exists to grow the football brand in Canada, and internationally, with TSN as the official broadcast partner of the league.

“You’ll see us do some things fans haven’t seen before working closely with TSN,” he hinted.

The CFL regular season is scheduled to begin on June 9, but a work stoppage could delay the start of the season.

Ontario is the first province in Canada to adopt an open iGaming model, but Hooper, who previously spent three years working in Canada’s new legal cannabis industry from 2019-21, said FanDuel wants to expand its products to other provinces, should they also choose to open up to operators.

“The faster we can prove this is a good thing for everybody, the other provincial jurisdictions will take notice,” he predicted. “It’s just better for Ontarians and Canadians to have a safe environment to do things that used to be illegal.”