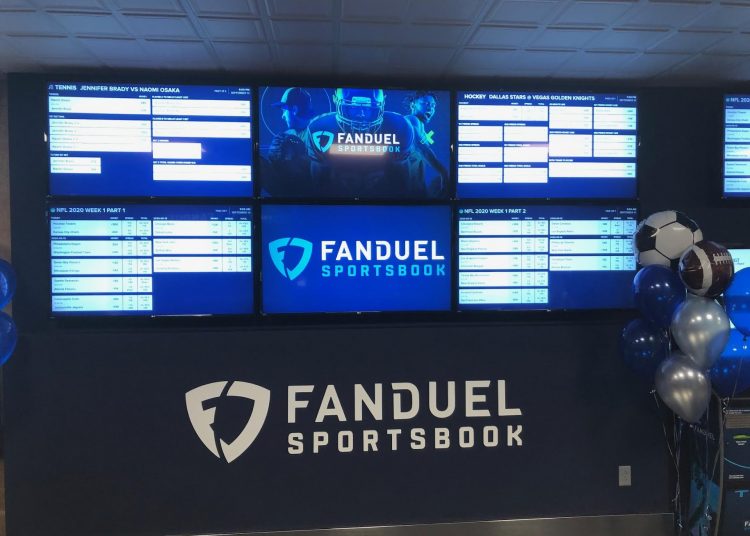 EAST PEORIA, Ill. — Bettors in Illinois now have the chance to answer the age-old question of “Will it play in Peoria?” or more specifically, East Peoria, for sports betting with the launch of the FanDuel Par-A-Dice Sportsbook.

Par-A-Dice received the OK from the Illinois Gaming Board Wednesday evening and had a more formal launch Thursday morning. FanDuel launched its mobile operations in Illinois on Aug. 28, joining BetRivers and DraftKings for mobile sports wagering options.

With FanDuel Par-A-Dice Sportsbook up and running, all seven casinos that were granted sports wagering licenses by the IGB in June have retail sportsbooks in operation. The next sportsbook expected to launch in the Prairie State is PointsBet, which is partnered with Hawthorne Race Course and filed its request Aug. 27 to commence wagering.

Pritzker originally issued the executive order in June and let it lapse in late July after one renewal before an email campaign originated by DraftKings generated enough attention for the governor to restore it. Rivers Casino, through BetRivers, was the first sportsbook to accept legal bets in March and the first to launch online in mid-June.

A six-week sprint to launch

When are you coming to place your first bet? #FanDuel #sportsbetting pic.twitter.com/lMzxVZAX6S

The FanDuel Par-A-Dice Sportsbook was put together in rapid fashion, coming together in just six weeks to narrowly beat the deadline for Thursday night’s NFL season-opening kickoff between the defending Super Bowl champion Kansas City Chiefs and Houston Texans. The sportsbook is entirely outside the casino gaming area and located adjacent to the Tin Lizard Bar and Grill.

“The process was a quick one,” said Cori Rutherford, vice president and general manager of the property. “It took us six weeks. We made the decision to go live (and to have a brick-and-mortar retail shop) and we worked with our great betting partners in FanDuel.

“If I was a betting woman, I would tell you that I would have lost that bet (to be live before the NFL kickoff). But we made it, and it is a great partnership.”

The six-week timeline also presented some logistical hurdles for FanDuel both in filling the seven employee positions for the manual ticket writing as well as being in compliance with sports betting rules and regulations in Illinois.

“A six-week timeline means training started just a few weeks after you get the heads-up that you’re opening a sportsbook in that short amount of time,” said FanDuel Senior Director of Retail Operations Jeff Lowich. “A very quick hiring process, drafting all the procedures and all the controls that are around sports betting. Making sure that we’re in compliance with all the rules and regs put out by the IGB, so all of those processes are accelerated.

“And making sure we get the team members on-site from FanDuel to make sure we can train everybody appropriately so that when you’re a new customer coming in for the first time that we have the staff that is trained up and explain everything from start to finish when it comes to sports betting.”

While Par-A-Dice faces capacity limits due to COVID-19 protocols — it is operating at 50% capacity — Rutherford sounded an optimistic note that having the retail sportsbook and the Tin Lizard side-by-side will help draw the younger demographic that goes simply beyond casino gaming.

“We had opened Tin Lizard and had an amazing opening about a year ago, right around two weeks from now,” Rutherford said. “We had a great new customer, a younger crowd that was here for entertainment purposes. So the market is out there, and I do think that will open up doors for people with sports betting as well.”

Rodney Knuppel placed the ceremonial first wager after the ribbon-cutting ceremony, putting $20 on the St. Louis Cardinals (+3800) to win the World Series for a potential payout of $780.

The actual sportsbook area includes three manual teller spaces and six self-serve kiosks, with the latter all partitioned by plexiglass per COVID-19 protocols. A total of 10 large screens — six in a 2×3 bank and four that span the length above the self-serve kiosks — provide betting lines and information for sports bettors.

There are another two television screens on the opposite side and two more screens on the grounds as you enter the casino. Additionally, the Tin Lizard will be a place to congregate for watching sporting events with 16 screens in the restaurant area.

Lowich noted that Par-A-Dice’s location in East Peoria has allure for FanDuel as the only casino in a 100-mile radius. The metropolitan area of Peoria has a population of approximately 380,000, drawing from five counties, while the city itself has an estimated 110,000 people.

“This part of the country, especially, we’re going to see high demand in the area, especially with no other retail sportsbook being particularly close. I’m expecting to see some good turnouts throughout football season.”