New users at FanDuel Sportsbook can flip $5 into $125 when they wager on Friday night college basketball. 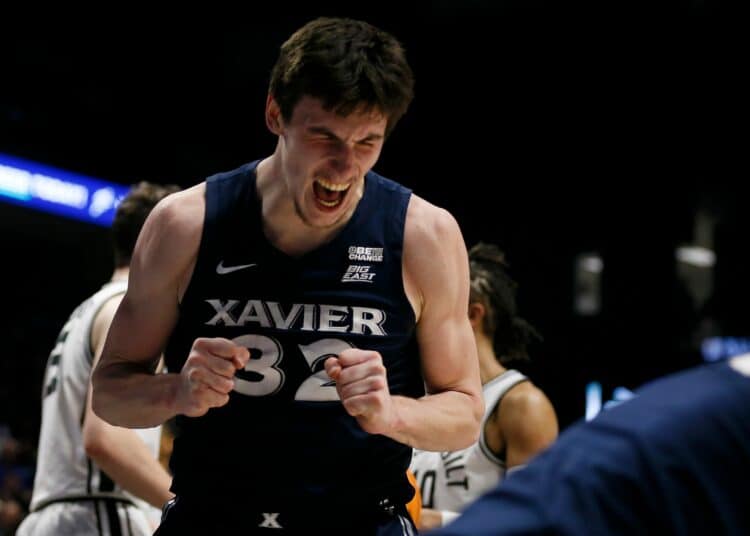 College basketball season is starting to heat up, with more than 70 games set up on the schedule for this loaded Friday night. Between the Myrtle Beach Invitational, Paradise Jam, Gavitt Tipoff Games, or any of the other countless tournaments taking place around the college hoops world, there’s enough action available to make the average sports bettor‘s head spin.

If you plan on wagering on any of the college basketball games on tap for tonight, then FanDuel Sportsbook‘s latest Bet $5, Get $125 welcome bonus is the deal for you! Simply register for a new account with the nation’s best sports betting site and you can turn a measly $5 wager into an easy $125 payout no matter if your team wins, loses, or pushes!

This offer is up for grabs in any active FanDuel state, as long as you are 21+ years old and a brand new customer with the site. If you’ve ever signed up with FanDuel in another state, you are unfortunately not allowed to claim this bonus.

If you do happen to check off all of the boxes, get started by doing the following:

After you’ve completed the three steps listed above, the waiting game begins. Within 72 hours of that bet settling as a win, loss, or push, your account will be fueled with $125 in free bet credits that can be wagered as you please. You can place 125 bets for $1 each, one big bet for $125, or just about any other combination you can think of – the choice is yours.

Just keep in mind that although you can keep any winnings garnered while using your free bets, the value of the free bet itself will remain with FanDuel regardless if you win or not. On top of that, users will have a two-week window (14 days) to make use of those free bets before they expire.

Tonight’s college basketball slate is one of the better ones we’ve seen so far during the young season, with more than 70 games in play throughout all hours of the day and more than ten Top 25-ranked teams in action. From Dublin, Ireland, all the way to Las Vegas, Nevada, there are almost too many matchups to keep track of on this packed card. Let’s get into some of our favorites.

One of the more underrated games on tonight’s slate is a Big Ten/Big East clash between the No. 12 Indiana Hoosiers and the Xavier Musketeers. Both sides have yet to lose a game thus far, as the Hoosiers made quick work out of Morehead State and Bethune-Cookman in Bloomington, while Xavier has taken care of business against a lowly trio of Morgan State, Montana, and Fairfield. Both programs will now face what is undoubtedly their biggest test of the season, and this matchup could not be more intriguing.

Musketeers HC Sean Miller is back at the helm at Xavier, where he coached from 2004-09 and led the program to four consecutive NCAA Tournament appearances. He will now face off against Indiana, who fired his younger brother, Archie, after four seasons in Bloomington that resulted in zero NCAA Tournament appearances. Miller will try to seek revenge and pick up his first signature win since returning to the university.

Xavier could be without one of its top players in junior G Colby Jones, who is a bit gimpy heading into tonight’s matchup against the Hoosiers. Even if he can’t go, expect the veteran trio of F Jack Nunge, F Zach Freemantle, and G Adam Kunkel to guide Xavier to a massive home win that could go a long way in terms of the team’s resume come March.

Florida State HC Leonard Hamilton and his young Seminoles are dealing with some growing pains early on, to put things lightly. Florida State has now fallen in three straight games to begin the new campaign, and is off to the program’s worst start since 2006-07.

FSU’s three losses look even worse when you consider they’ve come at the hands of Stetson, UCF, and Troy, two of which occurred at home in Tallahassee as an 18-point (Stetson) and 10-point favorite (Troy). The Seminoles were hardly even competitive in their blowout road loss in Orlando to UCF, and many are starting to wonder how good (or bad) this team really is. Tonight looks to serve as the ultimate buy-low spot for this struggling Seminoles team, as they will be back at home and facing a local rival in the Florida Gators.

Not only are the Gators still getting accustomed to life without HC Mike White after he beelined for Georgia during the offseason, but they’ve also experienced their fair share of trials and tribulations as the first month of the season begins to come to a close. The Gators suffered a home upset against FAU in their most recent game, a 76-74 loss as 12-point favorites in Gainesville. They will now hit the road as 7.5-point favorites over FSU. Take the big points in this rivalry game between two sides that have yet to hit their stride. Leonard Hamilton will right the ship, and it all begins tonight.

Wrapping up this intense Friday night is a ranked matchup out west between the No. 19 Illinois Fighting Illini and the No. 8 UCLA Bruins. Both programs have high expectations for this season, and so far they both have the track record to prove it.

Brad Underwood’s Illini have jumped out to a hot 3-0 start with wins over Eastern Illinois, Kansas City, and Monmouth, while Mick Cronin’s Bruins have done virtually the exact same, expect they’ve beaten Sacramento State, Long Beach State, and Norfolk State in the process. Both sides will face their first major challenge of the 2022-23 campaign tonight at T-Mobile Arena in Las Vegas.

In a neutral court game like this, it seems as if four points is far too much to lay, especially against a talented Illinois roster that has retooled by bringing in former Baylor superstar and National Champion Matthew Mayer and the explosive Terrence Shannon Jr., a 6’6 senior guard who joins Illinois from Texas Tech. UCLA does hold a slight advantage considering the game is being held out west in Nevada and being played at 6:30pm local time; however, it isn’t going to be easy by any means. Take the points here, sit back, and watch a potential NCAA Tournament matchup unfold.

Your time has officially come, Maryland! The state will officially be launching its online sports betting market on Wednesday, November 23, and FanDuel Sportsbook is hooking up all early registrants with $100 in free bets PLUS a three-month subscription to NBA League Pass!

In order to claim your FanDuel Maryland pre-registration bonus, simply click this link and complete the account creation process before Monday, 11/21. As soon as FanDuel goes live in Maryland next week, you’ll automatically start out with $100 in free bets to play with and unlimited access to out-of-market NBA games.

Users will have 30 days to wager their free bets or they will expire.

Betting in the Buckeye State is also on the horizon, as Ohio will be launching its own online wagering market on January 1, 2023! Ring in the new year by jumping on FanDuel Ohio’s pre-registration bonus, consisting of $100 in free bets and a three-month free trial for NBA League Pass.

Snag your bonus package today by signing up for a new FanDuel Sportsbook Ohio account using this link. After you’ve done so, just wait until the site goes live in Ohio and you will receive both of your rewards shortly after.

Once in your possession, you will have 30 days to wager the $100 in free bets or they will be removed from your account.