FanDuel Sportsbook Promo Code: Bet $5, Get $150 in Bonus Bets for Rangers vs. Leafs

New players can join FanDuel Sportsbook to claim $150 in bonus bets for Rangers at Maple Leafs!

We have an Eastern Conference battle between two of the league’s best on TNT tonight, where the New York Rangers will travel up the east coast to Scotiabank Arena to take on the Toronto Maple Leafs.

FanDuel Sportsbook is unloading a limited-time Bet $5, Get $150 in Bonus Bets welcome offer. FanDuel made its name in the DFS realm and has become one of the best sports betting sites in the U.S.

No promo code is required when you sign up! Below, we go over the important terms and conditions you don’t want to gloss over when you create your account on FanDuel.

To start, click on this link to create your FanDuel Sportsbook account. When you register, you do not need to insert a promo code.

Your bonus bets will expire after two weeks if they are not used. If you win a wager using your bonus bets, FanDuel will keep the initial stake.

The Maple Leafs come into this contest winning three of their last four. Their most recent win was against New York’s crosstown rival, the New York Islanders, this past Monday.

As has been the case for the past few years, not many teams have as much firepower at the top of their roster as the Toronto Maple Leafs. John Taveras, William Nylander, Mitch Marner, and reigning Hart Trophy winner Auston Matthews each have 47+ points, nearly averaging a point a game.

But the big surprise for the Maple Leafs this season has been goaltender, Ilya Samsonov. Samsonov is 15-4-2 and allows just 2.21 goals against, good for 2nd in the NHL. Samsonov was signed in the offseason as the potential backup and contingency plan for Matt Murray. But, after Murray was injured early in the season, Samsonov assumed the starting position and has flourished ever since.

He should have his hands full tonight against a Rangers team averaging 3.2 goals per game with plenty of star power among their forwards.

The Rangers have been on a mission to build on their surprising Eastern Conference final run from a year ago to ultimately land in the Stanley Cup for the first time since 2014.

Artemi Panarin, Mika Zibanejad, and Adam Fox are the key contributors for the Broadway Blueshirts. Fox, the 2021 Norris Trophy Winner, is fourth among NHL defensemen in points scored with 48, good for just over a point a game.

In addition, goaltender Igor Shesterkin is one of the team’s best players. Shesterkin was crucial in the team’s unlikely run to the ECF last season and is picking up right where he left off. He is fourth in the NHL with 21 wins and currently holds a 2.44 goals-against average.

Although the Rangers have plenty of talent on the offensive end, they have also allowed the seventh-fewest goals per game at 2.51. They will have a tall task against this loaded Toronto squad.

Both squads are two of the most talented in the NHL with plenty of offensive production coupled with brilliant goaltending. 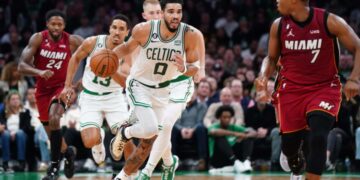