Signs point toward it being legally deemed a type of gambling, not a brand of it 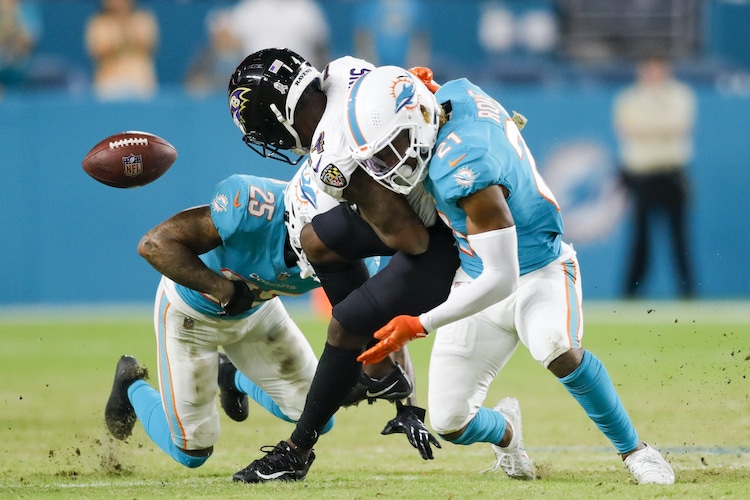 When FanDuel Sportsbook debuted its “Same Game Parlay” in November 2019, it probably didn’t realize that it had created a product that would generate sales like hand sanitizer at the dawn of a pandemic.

While the company did have the wits to attempt to box out the competition, its bid to trademark the phrase is likely to get graded the same way as the vast majority of same game parlay tickets: as a loser. It’s not a done deal yet, but a decisive first-mover advantage on the “SGP” — in which bettors string together bets on multiple events/props in the same contest for potentially large payouts — probably will have to suffice.

Betfair Interactive US LLC (FanDuel) first submitted an application to the US Patent and Trademark Office for a principal registration for “Same Game Parlay” on July 19, 2019. It was attempting to establish a brand of sports gambling and not merely a type of sports gambling, such that FanDuel’s mark would prevent competitors from using the moniker on its own platforms. Four months later, FanDuel Sportsbook unveiled it online in New Jersey and Pennsylvania.

It took some time, but top-level national competitors Caesars Sportsbook and DraftKings Sportsbook both began using “Same Game Parlay” and the abbreviated SGP lettering for similar offerings at the start of the 2021 NFL season. BetMGM adopted the alternatively titled but generally same thing dubbed “One Game Parlay” in 2020. Meanwhile, FanDuel maintains the TM symbol next to the language on its website, and Twitter renders FanDuel’s logo in connection with the hashtag #SameGameParlay.

But according to Joel Feldman, co-chair of Greenberg Traurig’s Trademark & Brand Management Group, FanDuel is playing from far behind in terms of winning the kind of full-fledged protection it first set out to secure.

“The current prosecution history is that the entire mark Same Game Parlay is generic,” Feldman told Sports Handle. “On July 19 [2021], the trademark office took the position that Same Game Parlay is generic, not merely descriptive, and they are refusing registration. And so it is more likely than not that a registration will never issue for this mark.”

What’s in a mark?

To be “generic” is at the wrong end of the distinctiveness spectrum for a trademark. On the distinct end, there’s a “coined” or “fanciful” mark, such as Apple for computers. There’s also “arbitrary,” “suggestive,” and finally “descriptive,” before generic. Generic means that the phrase refers to what the thing actually is, which is where “same game parlay” very likely falls.

“Waffle House, pretty generic name, right? Southern Living magazine, pretty descriptive. You know what it is. The general rule is that the trademark office has to keep terms available for people to use if it’s necessary to identify their services. So ultimately, if it’s merely descriptive, then someday it could be registerable.”

Which brings us back to the same game parlay and its likely fate within the sports betting lexicon.

There are certain benefits of having a supplemental registration, such as the ability to use the registered symbol, and certain federal protections, but FanDuel would not “own” Same Game Parlay. Rather, it would be a product you could get at any number of sportsbooks.

“All signs point to it being a type of gambling,” Feldman said, “and the long and short of it is that this will allow others to continue to use this term to describe parlays that are based on a single sporting event, essentially, Same Game Parlays.”

According to our own recent report, nearly half of all active FanDuel users who bet on the NFL have placed a Same Game Parlay on the NFL this year, and over half of new users place a Same Game Parlay bet within their first week on the site. Not only are they popular, but they’re quite profitable for FanDuel, too, as margins on standard parlay bets are higher, and likely even higher here, where the price of correlated outcomes is elevated further in the sportsbook’s favor above what true odds would dictate. There’s a reason that consumers see so many banner ads and TV/radio spots relentlessly promoting same game parlays.

It took a bit of time from November 2019 to kickoff 2021, but eventually — at least in name, but not yet in technical prowess — the majority of competitors began offering and feverishly promoting same game parlays, too.

“Unfortunately, being first to market is not dispositive on whether or not you own the trademark,” Feldman said. “And the trademark manual of examining procedure is pretty adamant about that. So, good for the industry, bad for Betfair. But this is how trademark lawyers operate. It’s their job to zealously advocate for their clients, to try to gain exclusive rights on any valuable intellectual property. I think that they’ve done a very good job of that against a very difficult examination.”

FanDuel now has until January 2022 to respond to the generic refusal, and probably will continue using the “TM” while the application is pending.

“It does create a little bit of uncertainty as to whether or not they have a registration strategy, but the trademark office position is pretty probative as to what the nature of the mark is,” Feldman said. “It’s certainly possible for a court to find that it is protectable, even though the trademark office doesn’t believe so. But I’d say the odds of that are slight.”