Mid-week MACtion is back and new players at FanDuel Sportsbook can claim a No Sweat Bet up to $1,000. 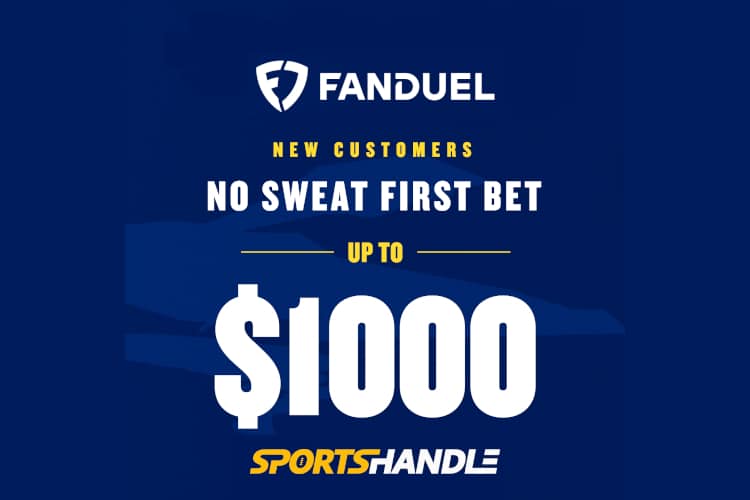 The long-awaited return of mid-week MACtion is officially here and gamblers are in for a treat with a sneaky two-pack of games on deck. As every sports bettor’s favorite conference reclaims its spotlight on Tuesday and Wednesday nights, new players at FanDuel Sportsbook can join in on the chaos with a special welcome offer consisting of a $1,000 No Sweat First Bet. To claim yours, just click on this link and you’ll be on your way to wagering with one of the best sports betting sites in the game!

All new, first-time users that are 21+ years old and located in an active FanDuel Sportsbook state at the time of wagering should qualify for this offer. To claim your No Sweat Bet, follow these instructions:

If your first bet with FanDuel is settled as a loss, the site will refund that bet up to $1K in the form of free bets. FanDuel’s free bets will arrive in one big chunk but can be used in any increment – you will not have to fire away the entire free bet sum on one wager.

Keep in mind that any wagers cashed using these free bets will only pay out the bet’s winnings, you will not be able to take home the value of the free bet itself. Once issued, free bets will expire in 14 days so make sure to use them fast before it’s too late!

The first MACtion Tuesday of the season will feature a pair of interesting matchups, starting with Ball State vs Kent State on ESPNU followed by Buffalo vs Ohio on ESPN2. Let’s get into it.

Tonight’s MAC slate begins at Dix Stadium in Kent, Ohio, where the struggling Kent State Golden Flashes (4-4, 3-5 ATS) will host the Ball State Cardinals (4-4, 3-5 ATS). Kent State opens as a respectable 7-point favorite in tonight’s game despite entering the contest with a losing record, which is largely in part due to the team’s fierce schedule. The Golden Flashes are actually undefeated at home on the year with wins over Akron, Ohio, and Long Island, however sit at 0-5 in away games after traveling to the likes of Washington, Oklahoma, and No. 1 Georgia.

Historically speaking, Ball State has gotten the better of Kent State over the years, winning 16 of their previous 20 meetings with the Golden Flashes. It is worth noting that Kent State’s four wins over that span have occurred within the last 9 meetings, so the series has evened up a bit as of late. On top of that, Kent State has taken each of its last three home games over Ball State and enter tonight’s meeting with a 12-game home winning streak intact.

The second portion of tonight’s MACtion doubleheader is a matchup that could go a very long way in determining the winner of the MAC East. The white-hot Buffalo Bulls (5-3, 6-1-1 ATS) currently lead the pack with a flawless 4-0 record in Mid-American Conference games thus far. The Ohio Bobcats (5-3, 5-3 ATS) are not very far behind at 3-1 in conference play. A win tonight would flip the script and put Ohio in the driver’s seat moving forward.

Buffalo, like Kent State, got off to a slow start largely in part due to some strategic scheduling. After starting 0-3 in non-conference play with losses to Maryland, Holy Cross, and Coastal Carolina, the Bulls have gone on an absolute rampage against MAC competition. Throw in a non-con rout over lowly UMass, and the Bulls have now won and covered the spread in five consecutive games entering tonight’s clash with Ohio.

Ohio has faired pretty well against Buffalo since the two programs first met in 1997, holding a 11-7 overall record over the Bulls while winning three of the previous five meetings. Ohio is also 9-0 all-time at home against Buffalo, most recently defeating the Bulls by a final score of 52-17 in Athens back in 2018. Led by QB Kurtis Rourke, one of the MAC’s top signal callers, look for Ohio to put a fork in Buffalo’s recent tear and further their push for the team’s first division title since 2016.

Ohioans: Pre-Register with FanDuel Sportsbook Ahead of Launch Day

Ohio, get ready! As the Buckeye State prepares for its iGaming rollout on January 1st, 2023, FanDuel Sportsbook is heightening the stakes by offering all new Ohio-based users a special pre-registration welcome bonus! Simply register for your new FanDuel Ohio account using this link, and you’ll instantly receive $100 in free bets as soon as FanDuel Sportsbook launches in the state. Once the free bets arrive, you’ll have 30 days to use them before they disappear.

And don’t worry – if you claim this special $100 FanDuel Ohio pre-registration bonus, you’ll still be able to take advantage of the $1K No Sweat Bet promotion described above!