Bet $5, Get $125 Free for Champions Classic with FanDuel Promo Code

Join FanDuel Sportsbook ahead of tonight's college basketball Champions Classic and turn $5 into $125! 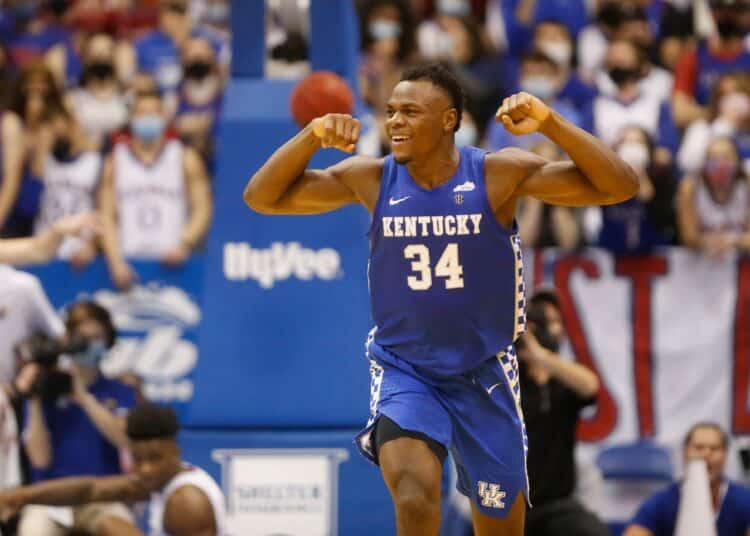 College basketball season is starting to heat up and fans of the sport are in for a massive treat this Tuesday evening. The State Farm Champions Classic will air live from Gainbridge Fieldhouse in Indianapolis, Indiana tonight on ESPN, featuring a pair of high-stakes matchups between four blue blood programs with championship aspirations.

Before Kentucky and Michigan State tip-off and commence tonight’s festivities, new users at FanDuel Sportsbook can get some skin in the game with the site’s latest Bet $5, Get $125 welcome bonus. There is no FanDuel Sportsbook promo code required, just click this link to claim your bonus and get started playing with one of the best sports betting sites on the market today.

Taking home that free $125 is an incredibly easy task. As long as you are 21+ years old, a first-time user with FanDuel, and presently located in an active FanDuel Sportsbook state, follow along with these steps to ensure you can claim your bonus:

The best part about this offer is that the result of your $5 wager does not matter. Win or lose, your account will be loaded up with $125 in free bets within 72 hours of your initial wager’s settlement.

FanDuel’s free bets can be broken up and spent as you wish, meaning you won’t have to toss the entire sum on one single wager – spread them out if that’s what works best. Free bets can be wagered on just about any bet type, aside from Same Game Parlays and Round Robins.

It’s also extremely important to be aware of your free bet’s expiration date, which is set at 14 days in this case. Use your free bets within two weeks or they’ll be removed from your account. Lastly, if you happen to cash in on any of your free bets, keep in mind that you’ll only be taking home the winnings from the bet – the value of the free bet itself remains with FanDuel regardless of the outcome.

Kentucky HC John Calipari and his No. 4-ranked Wildcats (2-0, 2-0 ATS) will face their toughest test of the young season tonight in Indianapolis as they square off on a neutral floor against Tom Izzo’s scrappy Michigan State Spartans (1-1, 1-1 ATS).

Kentucky has handled its business thus far, taking down a pair of lowly opponents in Howard and Duquesne back in Lexington last week to jump out to a 2-0 start both straight-up and against the spread. The Wildcats have been carried by Illinois State transfer Antonio Reeves and former Iowa Hawkeye CJ Fredrick during that span, and should get an even bigger boost with the return of 2021-22 Naismith College Player of the Year Oscar Tshiebwe, who is set to make his season debut tonight against the Spartans. Tshiebwe is expected to be joined by sophomore big Daimion Collins, who would also be making his season debut if he suits up for Big Blue Nation tonight.

Despite reportedly playing on a slight minutes restriction against MSU, Tshiebwe should manage to feast against a Michigan State front court that is down three key bigs from last season (Gabe Brown, Marcus Bingham, Julius Marble) and just surrendered 22 points and 13 rebounds to Gonzaga’s Drew Timme in a 64-63 loss on Friday night.

The post-Coach K era has officially begun for the No. 7 Duke Blue Devils (2-0, 2-0 ATS), who have jumped out to a hot start behind new head man Jon Scheyer. Following a pair of beatdowns in Durham over Jacksonville and SC Upstate, Duke will now hit the road and take on the 2021-22 NCAA Tournament Champion and No. 6-ranked Kansas Jayhawks (2-0, 0-2 ATS).

The defending champions haven’t missed a beat since hoisting the trophy back in early April 2022, making quick work out of both Omaha and North Dakota State at Allen Fieldhouse to begin the new campaign. The Jayhawks have done so without HC Bill Self, who is currently in the process of serving a four-game suspension as a result of recruiting violations, along with four of its top six scorers from last year’s championship roster. The new-look Jayhawks will certainly be put to the test tonight as they take on an opponent of similar stature for the first time since Ochai Agbaji, Christian Braun, David McCormick, and Remy Martin led KU to its fourth NCAA Tournament title in program history.

Duke will also be sporting its fair share of fresh faces, as three freshmen in F Mark Mitchell, C Kyle Filipowski, and G Tyrese Proctor make up the bulk of the Blue Devils’ starting five. Junior PG Jeremy Roach is the lone returner from last year’s Final Four team that saw significant game action, and will be tasked with once again guiding Duke’s offense – he’ll just need to do so without the help of NBA draft picks Paolo Banchero, Wendell Moore, Mark Williams, Trevor Keels, and AJ Griffin.

There is no question that it is going to be a little strange watching Duke take on Kansas with neither Mike Krzyzewski nor Bill Self coaching on the sidelines. And with such a heavy roster turnover for both programs, choosing a side in this one is somewhat of a challenge. But with F Jalen Wilson and G Dajuan Harris guiding the Jayhawks with their championship experience from last season’s tournament run, take the small points and back the team that’s been here before.