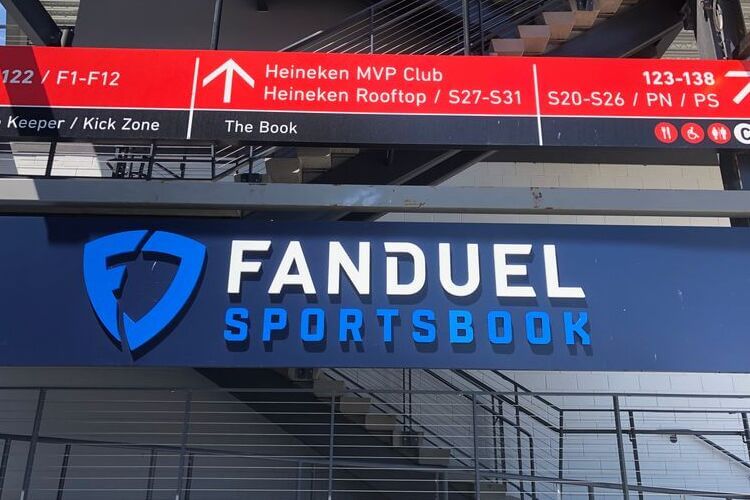 With GambetDC offering an oft-criticized mobile app throughout much of the District, bettors looking for legal sports wagering options often turn to the jurisdiction’s retail locations. Those include Capital One Arena (Caesars), Nationals Park (BetMGM), and Grand Central (Elys Gaming), and now Audi Field joins the mix.

The sportsbooks at Capital One Arena and Nationals Park don’t have court or field views, but FanDuel’s location at Audi Field — home of Major League Soccer’s D.C. United — puts bettors on top of the action. George Mustica, FanDuel’s general manager at the location, spoke with Sports Handle a day after D.C. United hosted a home match.

“We’re pretty much right where the corner kicks go,” Mustica said. “There were a number of corner kicks. … it’s pretty exciting to see the ball about to go in the net. Just being so close to the environment, it’s a really fun experience.” 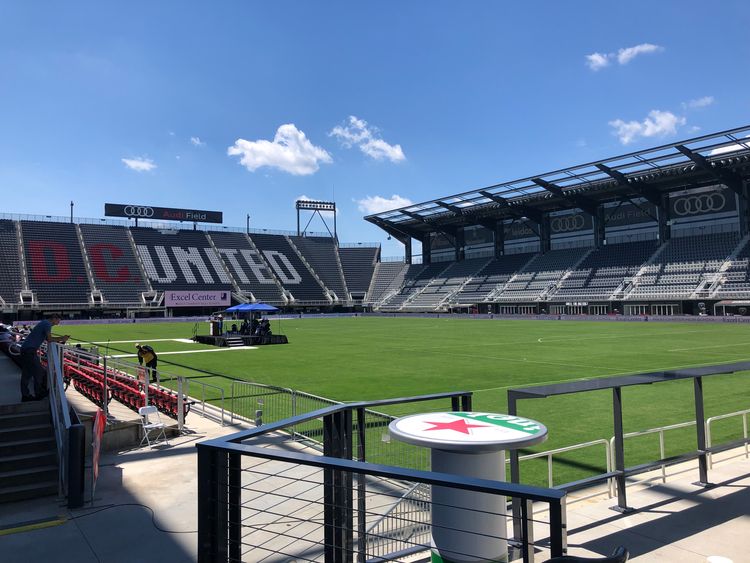 Fans can sit in a small porch area connected to the sportsbook, and it’s possible a soccer ball may even pop into the area given its proximity to the field.

“We had a ball that was hit very hard that I came very close to,” Mustica laughed.

It’s worth noting that within two blocks of Capital One Arena and Nationals Park users can place wagers on betting apps, but FanDuel’s mobile app isn’t available in or around Audi Field. Bettors will need to use the three betting windows or 18 kiosks to place their wagers.

On game days, bettors need to have specific field-level tickets to access the sportsbook. The kiosks are closed on game days, but the betting windows are open. When games aren’t being played, anyone can walk in during the sportsbook’s business hours (10 a.m.-midnight), but the field-level view is less thrilling when professional athletes aren’t prowling the pitch.

How it fits into the D.C. market

If you’re seeking a sportsbook experience that makes you feel like part of the action, FanDuel Sportsbook at Audi Field is an ideal spot. Unfortunately for FanDuel, D.C. United is currently among the worst teams in the MLS, last among 14 teams in the Eastern Conference.

On the bright side, D.C. recently hired Wayne Rooney as its new manager. The former standout player is a splashy hire, and his addition gives fans a reason to believe better days lie ahead.

“There are legitimate reasons to expect Rooney to improve things, beyond the fact that they can’t get much worse,” ESPN’s Jeff Carlise recently wrote. “There is something to be said about presence and charisma. The level of respect for him within the organization and the players couldn’t be any higher.”

Improved on-field performance would only enhance the game-day viewing experience from the sportsbook.

The FanDuel Sportsbook is officially open at Audi Field, the home of D.C. United 👏

If you’re looking for a large sportsbook to view a range of sporting events on several massive TVs, Capital One Arena is probably a better venue than Audi Field. FanDuel’s new location is about 2,700 square feet, while the Caesars Sportsbook at Capital One Arena is 18,000 square feet. Caesars is even expanding in coming months, and food enhancements are also expected. The sportsbooks at Nationals Park (4,000 square feet) and Audi Field provide smaller, more intimate venues for viewing and wagering on sporting events.