Examining the FanDuel Sportsbook Ticketing Snafu Through the Eyes of Nevada 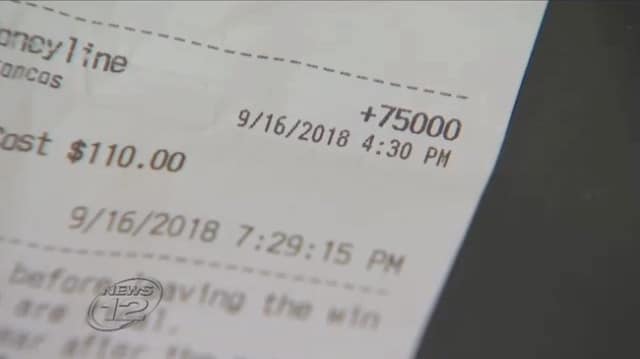 Sports bettors in emerging markets are continuing to discover some of the vagaries of sporting wagering. Among them are situations when an “accepted” bet may not always be a bet, and what happens to a “wins/losses” totals bet if a team ends up with a postponed game that’s not rescheduled?

FanDuel Sportsbook, operating at The Meadowlands Racetrack, has refused to honor a $110 live betting ticket on the Broncos to defeat the Raiders on Sunday — a wager that would have paid more than $82,000. The company says the extremely large odds on the bet were caused by an error in the oddsmaking process. “The wager in question involved an obvious pricing error inadvertently generated by our in-game pricing system,” a FanDuel spokesperson said in a statement.

As New Jersey operators — and those in other states new to sports betting — will learn over time, erroneous tickets are not unusual.

Here’s How Erroneous Sportsbook Tickets Are Handled in Nevada

Longtime Nevada bookmaker and current VSiN personality Vinnie Magliulo told Sports Handle that in Nevada, mistakes such as this are not that uncommon.

“When this type of error is discovered, the Nevada Gaming Control Board is notified and investigates the dispute,” he said. Smaller bets may be paid off at as a goodwill gesture, but it’s difficult to collect large amounts, he added. “House rules usually protect the house from these kinds of errors, be they human or computer,” he said.

In fact, FanDuel has such rules in place. FanDuel’s house rules stipulate “where a blatant or palpable error is made in offers made, prices offered or bets accepted or in the transmission of any event on which we have purported to offer Live Betting, bets may be settled at the correct price at the time at which the bet was placed, as determined by FanDuel Sportsbook.”

Magliulo likened the error to a slot machine malfunction.

“There’s been many, many court cases in which slot players have been refused big jackpots when the house has shown the machine did not work properly,” the long-time Las Vegas bookmaker said.

In Nevada, the Gaming Control Board Conducts an Investigation Into Complaints, Slot Machine Malfunctions, and Erroneous Sportsbook Tickets.

Veteran Las Vegas gaming attorney Barry Lieberman explained to Sports Handle that in Nevada all house rules have to be approved by the gaming control board. He said, “In-game wagering moves so fast, this type of thing is much more likely to happen. In the long run, it’s not good for the industry to have to pay off on these kinds of mistakes.”

Lieberman said, “In Nevada, an investigation is conducted by a gaming agent and presented to a hearing examiner, a decision is rendered and then reviewed by the Nevada Gaming Control Board. Reversal is difficult because should the matter get to court, the court only rules on the administrative record created before the hearing examiner.”

Besides technical and human malfunctions, sports bets may be at the mercy of the weather. Hurricane Florence provided another lesson for less experienced sports bettors by calling attention to another house rule, Magliulo said. No Major League Baseball or NFL games were cancelled last weekend — the Carolina Panthers played at the Atlanta Falcons, out of the reach of the storm. But nearly 20 college football games were cancelled or the kickoff time was changed. Kick off times for games involving No. 2 Clemson and No. 3 Georgia were moved up, and three games involved ranked teams were cancelled outright.

“On these win/loss total bets, most house rules stipulate there is no refund on these kinds of wagers if a game is cancelled, and a few of those games that were not played last weekend may not be made up,” Magliulo said. “In most cases, house rules say the bets stands. If a team still gets over the total win total on the ticket, the bookie pays. If a bettor went under on the total and the game is not played, we still pay. If the ticket goes over without the cancelled game, we pay.”

Longtime gamblers note that poker players are among the most familiar with house rules that clearly say that the supervisor has the final say in adjudicating all disputes. Such an advisory is posted in poker rooms to head off any trouble when cards are misdealt or when other rules of the game need interpreting.

FanDuel Sportsbook House Rules May Mean That Sportsbook Is Not on the Hook For the Big Payout on Broncos, as DGE Investigates, and Detractors, Defenders Take Sides

At the FanDuel Sportsbook at the Meadowlands, the bettor, who identified himself to News 12 New Jersey as Anthony Prince, made his wager over the counter at the sportsbook at the Meadowlands with Denver trailing the Raiders 19-17 late in the fourth quarter. The Broncos then arrived comfortably in field goal range, especially given the high altitude in Denver, when Broncos QB Case Keenum completed a pass down to Oakland 18-yard line. However, as FanDuel updated the live betting odds to reflect Denver as a -600 favorite the company says an error in the live-odds feed caused the Broncos to be posted as 750-1 (+75,000) underdogs to win the game.

FanDuel declined to pay off, instead offering him a compensation package that included what he says was $500 and tickets to three New York Giants games.

“They said their system had a glitch in it and they’re not obligated to pay for glitches,” Prince told the media outlet.

FanDuel’s statement continued, “A small number of bets were made at the erroneous price over an 18-second period. We honored all such bets on the Broncos to win the game at the accurate market price in accordance with our house rules and industry practice, which specifically address such obvious pricing errors. We have reached out to all impacted customers and apologized for the error.”

The New Jersey Division of Gaming Enforcement is investigating the incident and will issue a ruling as to whether there are grounds to compel FanDuel to pay Prince the $82,610.

They agency is looking “just as importantly at how it occurred given internal controls exist to prevent such an error,” David Rebuck, director of the New Jersey Division of Gaming Enforcement, told the Associated Press. “Those findings might also result in the need for further action.”

Elsewhere, the New Jersey regulations say: “A wagering operator shall not unilaterally rescind any wager … without the prior approval of the Division.”