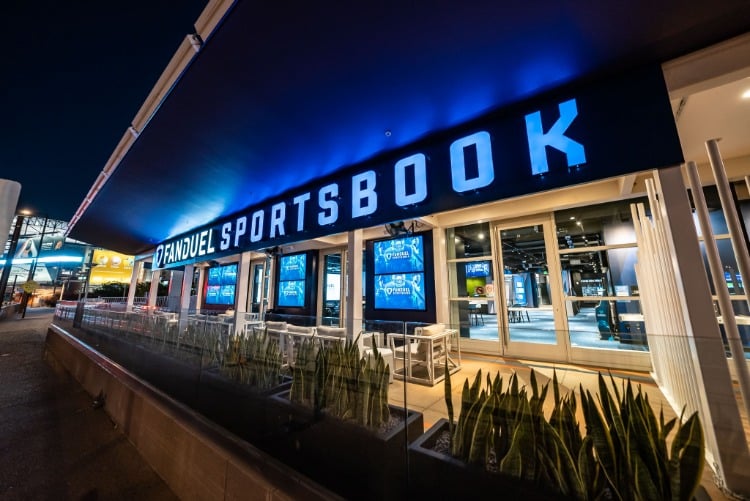 The aforementioned platforms are the exclusive broadcast partners of the NFL in Canada, and the Sunday broadcasts have been transformed this season after FanDuel and TSN formed a major partnership on April 4, the same day the regulated iGaming and sports betting market launched in the province of Ontario.

As the official sports betting partner of TSN, FanDuel’s odds and perspectives have been integrated into the network’s live sports broadcasts, including its Sunday football broadcasts and flagship daily show, TSN Sportscentre.

In 2020, TSN.ca launched TSN Edge, a hub dedicated exclusively to betting and fantasy content. FanDuel’s been contributing its odds and insights to the site and its social platforms.

Davis Sanchez — the co-founder of TSN Edge and a former cornerback in both the CFL and NFL — and former Seattle Seahawks tight end Luke Willson are leading TSN and FanDuel’s team that’s providing sports betting news, information, and analysis for TSN’s FanDuel Sundays.

The gambling-focused segments, which include insights directly from FanDuel’s trading floor, are intended to give viewers a deeper understanding and help enhance the narratives of the game. These segments are layered in sporadically throughout the day on NFL Sunday broadcasts.

“We want to get the right blend of frequency of quality,” FanDuel Vice President of Marketing Conor Murray told Sports Handle. “We think [Sanchez and Willson are] really strong fits. They have authentic voices and know the space really well. Their pedigree in football is at such a high level, having been former football players.”

Murray says both Sanchez and Willson are FanDuel customers, and that the duo “have been doing really well” with their sports wagers. Both appear on TSN’s betting segments and other football shows across the network.

Willson — who was born in LaSalle, Ontario and played in 102 NFL games over seven seasons — has been praised by viewers for his spirited takes on gambling and football. His appearance more closely resembles that of a rock star than a football analyst, and a quick Twitter search reveals how viewers are digesting Willson’s persona:

“Luke Willson is a rising star at TSN. Hopefully he doesn’t get a big head because it would pop off his man bun.” — donhewitt15

“@TSN_Sports Are you guys appealing to the unemployed stoner demo by having Luke Willson out there slurring his words with bed head?” — @jessekunicky

Love him or hate him, Willson is creating quite the buzz this NFL season.

Since the launch of Ontario’s regulated market, Canadian viewers have been bombarded with sports betting advertisements.

Responsible gambling advocates expressed concerns about the “tsunami of gambling advertisements” coming to Canada, and nearly every commercial break since April 4 on TSN and other sports networks in Canada features at least one sports betting or iCasino advertisement.

With FanDuel’s odds often appearing on broadcasts of live games and during highlight shows, it’s a shock to the system for some viewers, especially those with no interest in or understanding of sports betting. FanDuel is monitoring viewer and bettor feedback in Canada in an attempt to achieve a balance of sports news and relevant gambling content on TSN.

“I think our gambling segments aren’t overly intrusive and they add a lot of value to the broadcasts,” Murray stated. “They add another layer of context. It’s still early in Ontario. As time goes on, we’ll see people’s comprehension improve, as sports betting becomes more commonplace. We have to make sure we’re doing a good job as well by educating viewers and customers.”

In August, FanDuel announced Kay Adams as the new anchor for its live weekday show on FanDuel TV, a channel fully dedicated to sports betting content. Murray says FanDuel will take a cautious approach when exploring the possibility of an exclusive sports betting show in Canada on TSN in the future.

“We’re always talking about interesting ways with TSN to bring our betting content to life by expanding our offerings,” he said. “We’re testing our way into the integrations with TSN. We want to understand what the customer wants, what the customer responds to, and what viewers respond to more broadly than just our customers. We don’t want to just throw everything at the wall.”

It all starts April 4th

Football bettors and audiences in Canada

Thursday night’s game for Week 5 of the NFL season brought in 693,000 viewers from across a country with a population of roughly 38 million. Sunday games draw about 750,000 viewers across the Bell Media networks, not including viewership for RDS, which is a specialty French sports channel.

To put those numbers in perspective, Canadian Football League regular-season games on TSN can draw anywhere between 200,000-700,000 viewers, depending on the matchup.

The CFL isn’t nearly as popular as the NFL with Ontario’s bettors. In a recent study by Canada Sports Betting, 27% of respondents contacted this summer had placed a bet on the NFL, but only 12.5% had wagered on CFL.

“We’ve never been in a market where CFL is so prominent. We didn’t know what to expect with the CFL,” Murray said. “We were really curious to see what the CFL was going to look like.”

Murray says there’s been no significant decline in CFL wagers at FanDuel since the NFL season began in September, suggesting those who are betting on Canadian football weren’t just placing wagers over the summer months to bide time or warm up for the NFL season.

“We’ve been really impressed with the CFL so far,” Murray added. “What can we do to make the CFL more popular? One structural thing is that the low volume of games is holding it back, more than the quality of the football itself. It’s very similar from a betting perspective when compared to college football or the NFL. It’s very bettable. The volume of games just isn’t there.”

With only nine teams in the league, the CFL slate only features up to four games each week. And with many elite players in the CFL getting noticed and signed by NFL teams, there is a lack of star power from a marketing perspective.

“A large percentage of our volume of betting is on same-game parlays. Those prop markets rely so heavily on the star players. With the CFL, it’s more of a shift towards the standard markets like moneyline and spread betting,” Murray explained. “What you’ll see over time from us, is we’ll try to improve the core betting product. We’ll increase the betting proposition markets and give bettors more availability.”

Ontario is currently the only Canadian province to adopt an open iGaming and sports betting model, but if more provinces follow suit, it could present a huge opportunity to boost the betting popularity of the CFL.

“We’re only live in Ontario at the moment,” Murray noted. “The CFL is very popular in western Canada. If FanDuel can expand into more Canadian provinces eventually, we can reach those fans and bettors.”

Bell Media holds the Canadian broadcast rights for all FIFA tournaments through 2026, so that means all of this year’s World Cup action will be split across the TSN, CTV, and RDS platforms.

Canada is one of the most multicultural countries in the world, and Toronto, Ontario’s capital, is one of the most multiracial cities. The city has established ethnic neighborhoods such as Chinatown, Little Italy, Greektown, and Little Portugal that historically have been soccer-crazed, especially during major international events like the UEFA European Championship and World Cup.

This is little italy in toronto 1982 when italy won the world cup pic.twitter.com/WMuZQeb4

The broad North American legal sports betting market hasn’t been exposed to a World Cup yet, and Canada has qualified for the tournament for the first time since 1986.

FanDuel’s partnership with TSN will put it in a favorable position to be one of the go-to sportsbooks for the tournament, which has the potential to be one of the biggest betting events of the year in Ontario.

“I think it will definitely will be a big hit,” Murray enthused. “When anyone talks about expectations with [World Cup] betting and the legal North American market, throw them out the window. We have no idea what’s going to happen. But I think it’s so clear that this will be a huge cultural moment in Canada. We’re really excited about the world-class soccer product we have.”

Murray wouldn’t divulge his marketing plan surrounding the World Cup, but he did mention FanDuel plans to release numerous special markets, such as if Canada or the U.S. will score more goals in the tournament. The sportsbook will also work with TSN to tell the World Cup betting story across its various platforms.

As of Monday, FanDuel has posted 36 Canadian special markets for the World Cup. The country has long +25000 odds to win the tournament and -105 odds to finish last in Group F.

Canada will compete in Group F as team F2 at the 2022 FIFA #WorldCup. Thoughts? 🇨🇦⚽️ pic.twitter.com/8X6QA0myMO