Touchdowns And Memories: Why It Wasn’t Hard To Say Goodbye To Fantasy Football

The evolution of the game led a forefather to move on

by Mike Tierney
in Sports 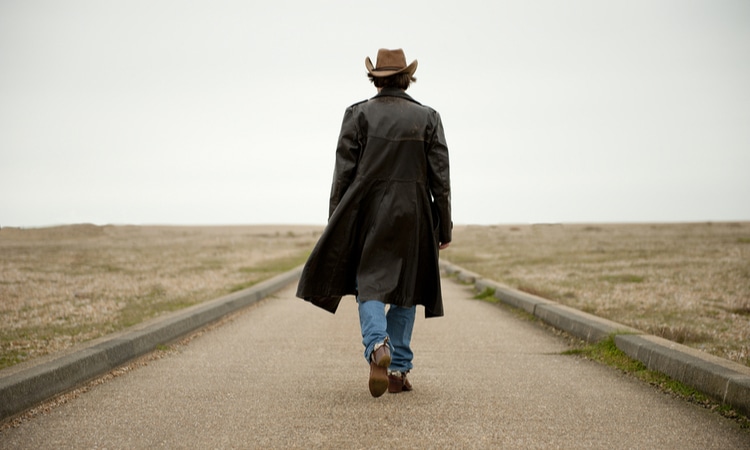 Why did my inbox and cellphone get stuffed with emails and texts the past few weeks?

Oh, yeah. As the drumroll to NFL fantasy drafts built toward a crescendo, invitations to join a league were flooding in from near, far, and in between.

The pitches were reasonable. For me, dabbling in fantasy dates back four decades, and not just as a player. (More on that in a bit.) Friends, ex-colleagues, hated former rivals, and even a stranger must have figured they could reel a fallen devotee back into the fold.

Sorry, folks: Week 1 of the newest (and longest) NFL regular season did not elicit any longing. I’m kinda over fantasy.

Not that fantasy will miss me. The Fantasy Sports & Gaming Association conducted a survey in May that determined a whopping 17% of adult Americans participated in all such sports, and 78% of those engaged in the pro football version. The rate was higher in 2019, when the previous survey was taken, with 19%, or nearly 46 million, found to have dipped into all sports.

An outsized number apparently spend their Sundays at my sports bar. Divorce from fantasy was gradual, but a tipping point was when I noticed patrons paying more mind to their fake games than the real ones. Cheers would erupt when, on one of the TV screens, a backup receiver on a team getting blown out would manage a big gain. Then there was the dude in the Browns jersey who groaned when a Cleveland player, evidently not on his active roster, would score.

When I conceived fantasy football in Tampa, the idea was that it would enhance the experience of watching games, not redefine it.

Yes, you read that right, though I was not the first to dream it up. By many accounts, visionaries in Oakland beat me to the punch in the 1960s, followed by others. Verification remains elusive. Back then, participants held a loose connection to NFL teams — employees, service providers, or, like me, media members covering those franchises. Because fantasy was perceived by an unknowing public as a particularly evil strain of gambling, it largely remained underground.

Tampa Bay roots, its chaplain too

I was oblivious to any fantasy football leagues operating in 1980. My only awareness was a fellow sports journalist’s involvement in what was perhaps the original rotisserie league.

“Why not football?” came the thought on an evidently slow morning at training camp of the Tampa Bay Bucs, which I covered as a newspaper beat person.

Soon, I had concocted a draft format and a simple scoring system. Enough team owners — including, I note proudly, the Bucs’ chaplain — were sufficiently intrigued to enlist.

The draft was staged after closing hour at the lunch restaurant operated by the Bucs’ caterer. It was the only draft venue at which my picks were not inspired partly by alcohol. The scoring, at first, was merely that — scores. Teams accumulated points solely by touchdowns, field goals, safeties, and extra points.

In the pre-internet era, when TV viewers had access to only a few games, it made sense. With a yardage-based format, owners would need to keep statistics or connect with the stadiums for the numbers, a futile task then. Even during those prehistoric times, one could track the identity of players who scored with little effort.

Illustrative of how the fantasy game has changed (for the worst, I submit), a cherished running back who graced my lineup likely would not even be drafted nowadays. In 1984, his farewell season, Pete Johnson parlayed 205 rushing yards, averaging a menial 2.4 per carry, into a dozen touchdowns. Through the fog that can cloud one’s memory, I vaguely remember a game in which his stat line read five rushing yards with three TDs. He was my MVP.

leading rusher for all 7 seasons he played for bengals pic.twitter.com/wbwvY28AnX

As fantasy leagues sprouted throughout the land, it was inevitable that the straightforward scoring scheme would be altered. Commissioners began poisoning the original approach by shifting the emphasis from points tallied to yardage gained.

Bowing to the new wave, our league tacked on basic bonuses, worth just three points, for players who eclipsed 100 rushing or receiving yards, along with 300 for passing. As commish, both in Tampa and later in Atlanta after I relocated there, I reluctantly signed off on the bonuses, but held the line. To my way of thinking, once a calculator and a source that provided accumulated yards for individuals were required to follow one’s game, fantasy had lost its way.

To be clear, the advent of the internet, the explosion of sports bars, and the birth of the NFL Network weakened my argument. Yet our league hewed largely to its roots. Another turnoff was the transition of most fantasy drafts from in-person to online.

For me, draft night was the pinnacle of the season. Owners would gather and exchange trash talk, whether mocking a team name, ridiculing a pick, or poking fun at someone for declaring his selection after exceeding the allotted time. As drafts became conducted virtually — a necessity, I grudgingly acknowledge, if owners were not concentrated in the same town — we continued to gather under one roof as long as possible. Sitting alone in front of your laptop, with trash-talking limited to voice-less texts, robs the happening of camaraderie.

Six years ago, I moved more than 2,000 miles from our league base in Atlanta, and owners from far-flung locales replaced dropouts. I hesitantly lateraled commish duties to a worthy successor, with the memory of a crisis survived in the pioneering years driving an urge to carry on.

In the early ‘80s, the newspaper that employed me “investigated” a fantasy operation in the local police department that somehow became conflated into a gambling ring. The subsequent report quoted me about our league  — damn media! — and roughly half of the team owners bailed in midseason to save their real jobs. Roger Goodell should be grateful never to have been challenged with finding multiple substitutes on the fly.

Though the second league I formed in the mid-’80s remains relatively old school, I brought on an apprentice partner with my team and handed him the reins a few seasons ago. In doing so, only one charter member remained.

When I contacted Gerry, he informed me that a milestone anniversary was approaching. Knowing Gerry, who studies film of NFL draft prospects as if he were a true-life general manager, I assumed the red-letter day was related to fantasy. No, I concluded after re-reading his email, it was his wedding.

Gerry, 72, is retired, and fantasy supplements his long-held passion of buying and selling stocks. He claims to have never wagered on a game, and I fully understand the appeal of fantasy to him. It’s not about raking the pot, given that the stakes are low, but putting your football knowledge out into a group forum.

I was mildly disappointed to hear that Gerry favors more yardage bonuses: “I get zero if my RB gets 99 yards and three points if he hits 100, which I don’t like.” I dismissed this traitorous notion, but suppose that some folks evolve more than others.

Though Gerry screwed me out of a couple league titles, I wish him well as the dean of owners in the house. Fantasy has fueled interest in many sports, none more so than pro football, and more power to those who immerse themselves in a pastime that I can take a sliver of credit for creating.

Still, you can find me on the sideline from here on.

Mike is a career journalist, primarily in sports, with lengthy stints at the Atlanta Journal-Constitution and St. Petersburg Times. He also has written semi-regularly for the New York Times and Los Angeles Times and has reported from nine Olympics. His spare time is occupied with cheering on the JV high school basketball team he coaches and the racehorses he partly owns, but it no longer includes fantasy sports -- even though he ranks among the creators of fantasy football.